Home » The Monthly » An interview with Accidental Theatre’s Richard Lavery

Describe your journey with regards the Arts?

I wasn’t sure what to do with my life, I loved drama and literature in school but I drifted a little and started off in retail when I was 18. Working in that area for 5 years, much of the time trying to save money to go back to Africa, where I’d been building houses with a local charity straight after school. At that time I really wanted to return to Africa.

After a while I decided to head to Queen’s to study and enrolled to study Drama and English and after a little while I shifted to only doing drama. 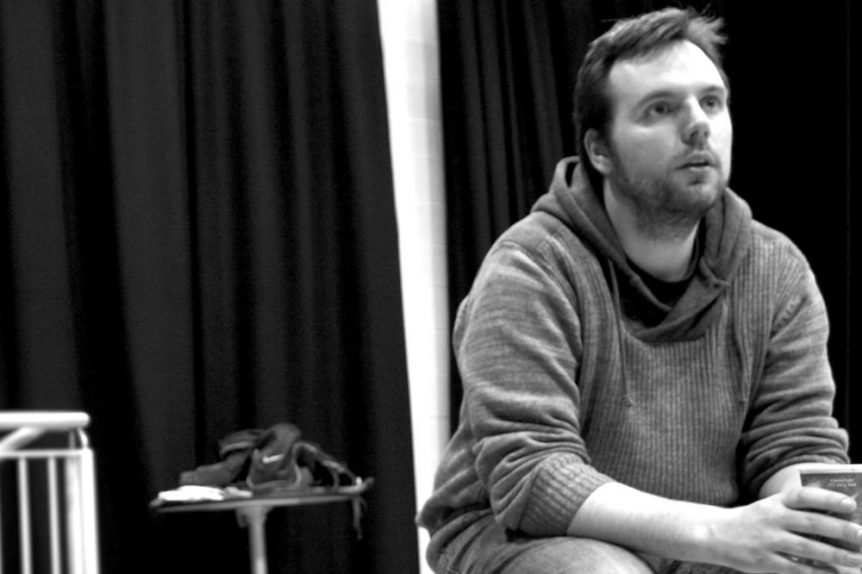 You were a mature student?

Yes. Although I was still very young, 22 or 23, I had all the drive of a mature student in that I was thinking, “I am not going to waste this opportunity.”

I focused on directing and new writing. I didn’t want to produce pre-existing plays, rather I wanted to work with people who were doing interesting new things.

I wanted to work with people who were producing new work almost exclusively, as it was what I had the most passion for and it’s what interested the team we began to build.

Yes. I just didn’t want to do naturalistic theatre. I had no problem with the work which was produced locally, or even work which maybe was original Theatre but didn’t quite have the breadth of style and subject matter I had seen elsewhere.

At Queen’s the Players gave me my first opportunity to direct and ever since I didn’t look back. At the same time as producing my own work, I also went to work as an assistant director on Macbeth at Crumlin Rd Jail with Richard Croxford & Replay, and I worked at the Grand Opera House with Rawlife.

I was specifically interested in directing. Actually I became very focused on directing so at that time I was searching for Assistant Director jobs and applying for any that I came across.

Was this part of your course at Queen’s?

At Queen’s University, my course was an academic course. There were some modules of applied Theatre and some practical aspects to the course, but it concentrated on the academic side of the theatre. When I worked with Replay that was under the Working in Theatre module but everything outside of that I was balancing Queen’s with AD jobs. 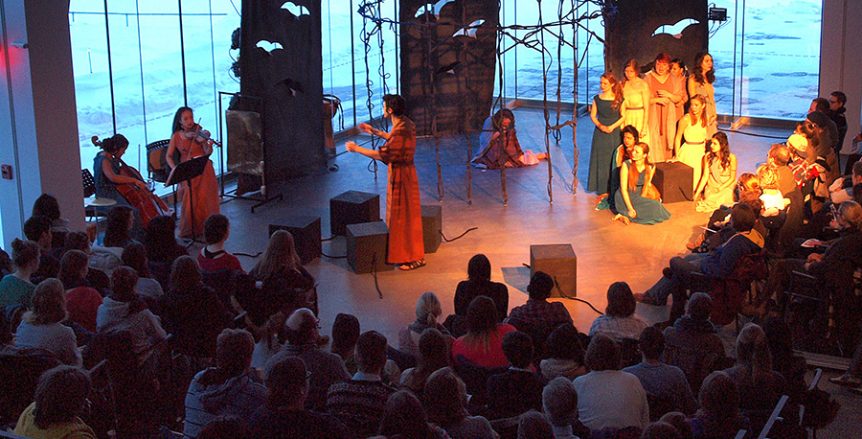 What did you do after you graduated?

I moved to London in 2009 and it was there I got to experience a much wider theatrical offer. I was accepted onto an MFA in Theatre Directing and got to spend time studying in RADA, at Motely Design, at the National and lots of other places. There was also a wider sense of what theatre could be and I was influenced and inspired by what I experienced there.

Before I left Belfast I did what many Queen’s students do. I set up a company and it was committed to finding new writing and new staging plays. That company, founded with 2 other people, was Accidental Theatre.

That really was a company that was a testing ground for the three of us to work on and produce our own work.

What happens when you return to Belfast?

I spent time in London and Glasgow. I developed my skills and I also was able to experience seeing lots of different styles and approaches to theatre.

When I returned, I started working with the company we had established before I left.

Where were you based?

For one show we needed a rehearsal space and we found an old office block in the city centre. It had no water or electricity and no working toilets either. It was perfect! After a good bit of TLC that saw me learn more about unblocking plumbing than I usually need, we converted this old space into an office & rehearsal space. Our first pop-up home! We were prepared to open up the space to as many people as possible and the space was available for others to stage rehearsals there.

We hosted our first Scratch Project there, rehearsed three major shows, redeveloped the company from the ground up and a lot more. The whole experience, which lasted a few years, really taught us what a shared space could really be and actually how much need there might be for one at that time in Belfast.

We later moved to the 4th Floor of another office block for another project, The Lost Martini, and we were able to set that up as an ad hoc theatre space. Again, learning what running a fringe style space that was designed for artists to simply and easily test out new work or explore new ideas they have.

You now have a space at Shaftesbury Square?

We had taken over three locations, at different times, as temporary artist spaces and I decided that we should either let our 4th floor space be our last pop-up or find a location that could be a permanent space.

We found the Shaftesbury Square space and negotiated to use it firstly for free for 9 months, from March until December, to explore whether the model we developed in our first locations would work again and whether we can make it a new solid base on which to build something that can support many artists over a long timeframe. We felt those first months were really successful and now we have a proper lease.

We are a charity, the building is self-sufficient, we hire out the spaces, a rehearsal space, a theatre space and we aim to keep it affordable for people to access. We felt that Belfast somewhat missed a little space that artists could use to experiment in, to establish an audience, grow their practice before heading to larger venues across the city. So we designed a welcoming and informal fringe style space that can host professional work-in-progress or full shows equally. That could be accessible to the communities around us or to tourists from around the world.

How are you building audiences for the theatre?

We wanted this to be a starter space where people would put shows, or plays, or other work on and then go from here to a bigger venues. So the initial programming is all about diversity and openness. We want to reduce the barriers between artists having a great idea and getting it in-front of an audience.

We wanted to be multi discipline and to be open to new forms of culture. We want to have quite a wide definition of what culture is and look at what new things are emerging. There needs to be a start-up space for people to try new things. Whether that’s for theatre, music, visual art or computer games.

Is there enough people coming to justify the continued existence of this space?

It is always a challenge anywhere to access audiences. There is a lot of work to be done in audience education and audience building. Marketing resources are expensive and often out of reach for most fringe budgets. So the ideas that we run on are about sharing resources, helping fellow artists advertise their work along with your own to broaden each other’s core base.

How do you go about making decisions about who gets to put on shows?

Sometimes you just never know what will work and what won’t. The plays we developed with Rosemary Jenkinson last year did very well and we probably could not have predicted that. We have put on shows that simply haven’t worked and we haven’t been able to predict that either. Experimentation is always a risk in any theatre, regardless of scale. We’re lucky that we don’t yet have huge overheads, so we can design projects that can take this into account.

We had a 24 hour music festival coming called Undergrowth, developed with Magic Door and we really had no idea whether it would draw an audience or not. We think it is important to try these ideas though and balance the potential risks with the shows you know will likely help support the building. Like any theatre it’s about smart and engaging programming, alongside using all the resources you have to grow the charity & business sides of our work. 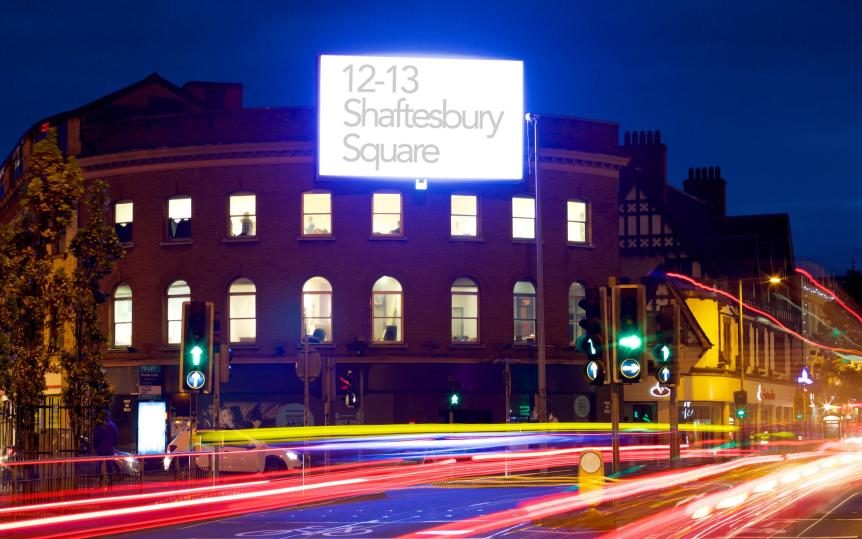 Given the current climate how do you see the future for yourselves and the Arts?

It isn’t the best situation here for people in the arts sector and that’s putting things gently. We keep our budgets tight and we know how many people we need to get through the doors each week for the space to break even. We have designed the space to be self sufficient but to make a project of this scale work there is so much that we do for free to just survive.

The way we look at it is that the people here have all come back to Northern Ireland. We have come back here to contribute to the Arts and to us that is the big question for artists here. Do you stay or do you go?

So far the venue that we operate has been a success and that makes it easier to stay. And we think we are offering something that Belfast wants.

But if things don’t work then maybe we will have to look at our futures and whether or not we would be better off elsewhere. It’s a persistent question that is just not heathy to have constantly floating above you.

At the moment though we are excited by the success of the project so far.