How did you get into stand-up comedy?

My background is actually in improvisation; I started doing improvisational comedy about 5 years ago. I wasn’t a performer but I ended up at a friend’s improv workshop and I really enjoyed it. The more I studied, watched, and performed improvisation, the more the nature of the humour appealed to me. I think that audiences like humour that is real; that isn’t overly contrived. Audiences appreciate material that at some level makes sense to them.

I trained as an improviser in Shanghai, China. When I returned to Belfast I wanted to perform, but I found it difficult to meet other improvisers as there didn’t seem to be much of a improv community. I went to see local group Wonderfrog perform a few times and thought they were great, but that seemed to be it in terms of the scene. There were a few classes that you could go to but nothing like the training programs that I was used to. So although my main aim was initially to perform, I ended up making the decision to teach my style and ethos of improv to people here. 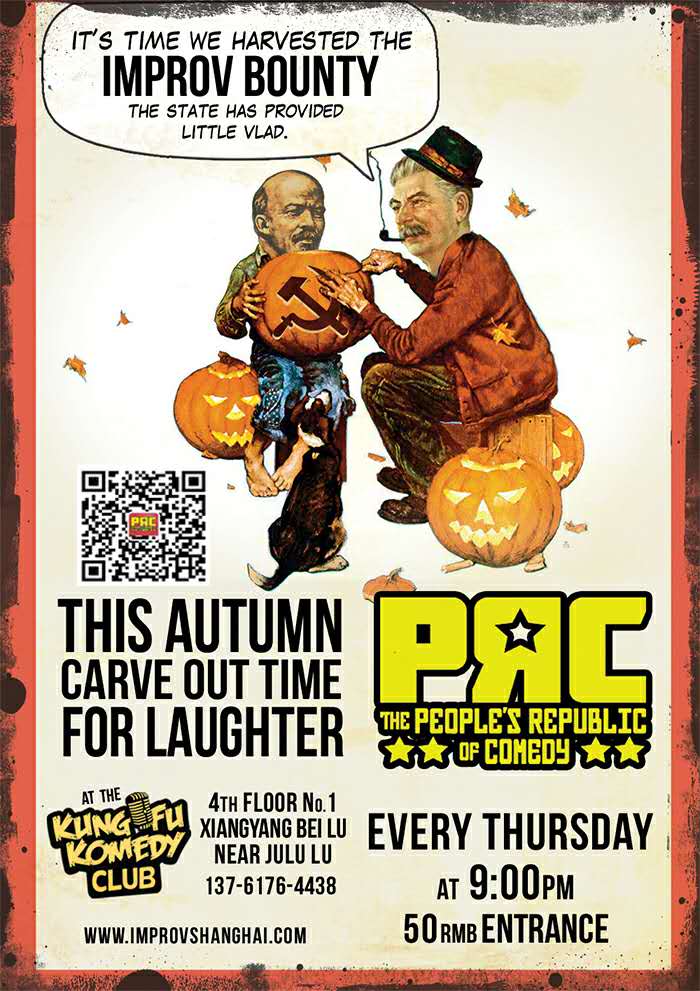 You set up your own improv classes?

Yes. I decided to develop a performing team here, and then interest in taking classes grew to the point where I was teaching a couple of classes per week. Over 150 people have taken my introductory class and I am teaching 3-4 nights a week at Accidental Theatre, where the teams also perform twice a week.

I’m interested in my own development as a performer, so have found myself trying other forms of comedy. There really isn’t a natural link between stand-up and improv; the form and content are usually completely different. They also require different skill sets, to the point where good improvisers often make bad stand-up acts and good stand-ups can make for bad improvisers.

I had been interested in trying stand-up, but recognised that I didn’t have the skills necessary, so I took Graeme Watson’s class on stand-up comedy; that forced me to discipline myself to write a stand-up set because you are meant to perform at the end of the course. I told myself that if it went badly I need never have to do it again and if it went well I would consider working on material as a stand-up.

What informs the process of your writing?

It is relatively organic.

I think that my training as an improviser helps me structure my thoughts, although a lot of it is subconscious. In improv you are drawing on ideas which aren’t written down, but there are techniques of thinking about creating a story in the moment.

I tend to utilise call-backs and self-referencing throughout my stand-up work. With my stand-up material I didn’t want it to be simply a series of random jokes. I wanted there to be a connectedness to the ideas I was putting forward. In the beginning, however, I ended up with material that didn’t necessarily link together.

Initially I had maybe 3 jokes and I played around with them. I had material about Love Island, Ian Paisley, online dating, nothing particularly clever, or even particularly funny, but it was a start. I worked on those jokes, on bridges between them, or working out how they might be connected, and I really did work on the idea that if performed well, using the techniques that I had at my disposal, then I should be able to get a reaction from an audience.

Would it be fair to say then, that performance skills were the key to what you were doing?

I think I always thought that whatever happens I do have performance skills and that training would be useful to deliver a set of material, even if my specific stand-up skills are lacking.

Do you have any clear influences?

I would say that an obvious influence is Stewart Lee. I like the fact that he writes a coherent narrative and then delivers his material with a clear concept in mind. I like also that when you review his material nothing is wasted; everything fits together with real precision.

Improvisational performance is hugely inspirational, and that really is my main influence, but I spend a lot of time working on my material. I write and rewrite until I think I’ve got something that will work when offered to an audience.

How does that work if you say that there is no link between improvising and stand-up?

There is a concept in improvisation that you want everything to tie together so that it doesn’t appear as if it is being improvised; that to the audience there is actually a coherent narrative at play. Now, if you do improvisation well, you will have learnt to listen very closely to what others around you are saying. I want to connect with what my scene partners have put forward.  I apply that process to my stand up material.

Beyond that, a strong improv mantra is that nothing should be wasted; do not throw away material. Every idea can be worked upon and can be made useful. If you are constantly throwing away material after 6 months or so all you will have is a bunch of dead ends because you’ll never feel anything is good enough. In reality, everything you come up with needs work; needs to be finessed.

My very first jokes were on Ian Paisley and the Sri Lanka scandal, Celebrity Love Island, and Tinder dating. They were mediocre jokes, but they were the only thing I had so I stuck with them. The problem for me was that there was nothing tying them together. I knew I could tell them all individually, but that wasn’t as interesting to me.

So instead of throwing them away, I played around with the wording until I was able to find a link between the first two bits of material. Suddenly other connections started to appear, and those links allowed me to work through ideas which were just okay into something which I thought worked well as part of a stand-up set.

Do you have a plan regarding your comedic work?

I enjoy performing stand-up, I enjoy playing with ideas and I enjoy writing. It’s also good to do something that is out of your comfort zone, and I would like to develop the skills necessary to be good at stand-up comedy.

I am not chasing anything with regards my stand-up. If an opportunity arises then maybe I could look at something, say performing overseas or writing something more substantial, but at the very heart of what I do is improvisational performance, and that will have my focus for the foreseeable future. 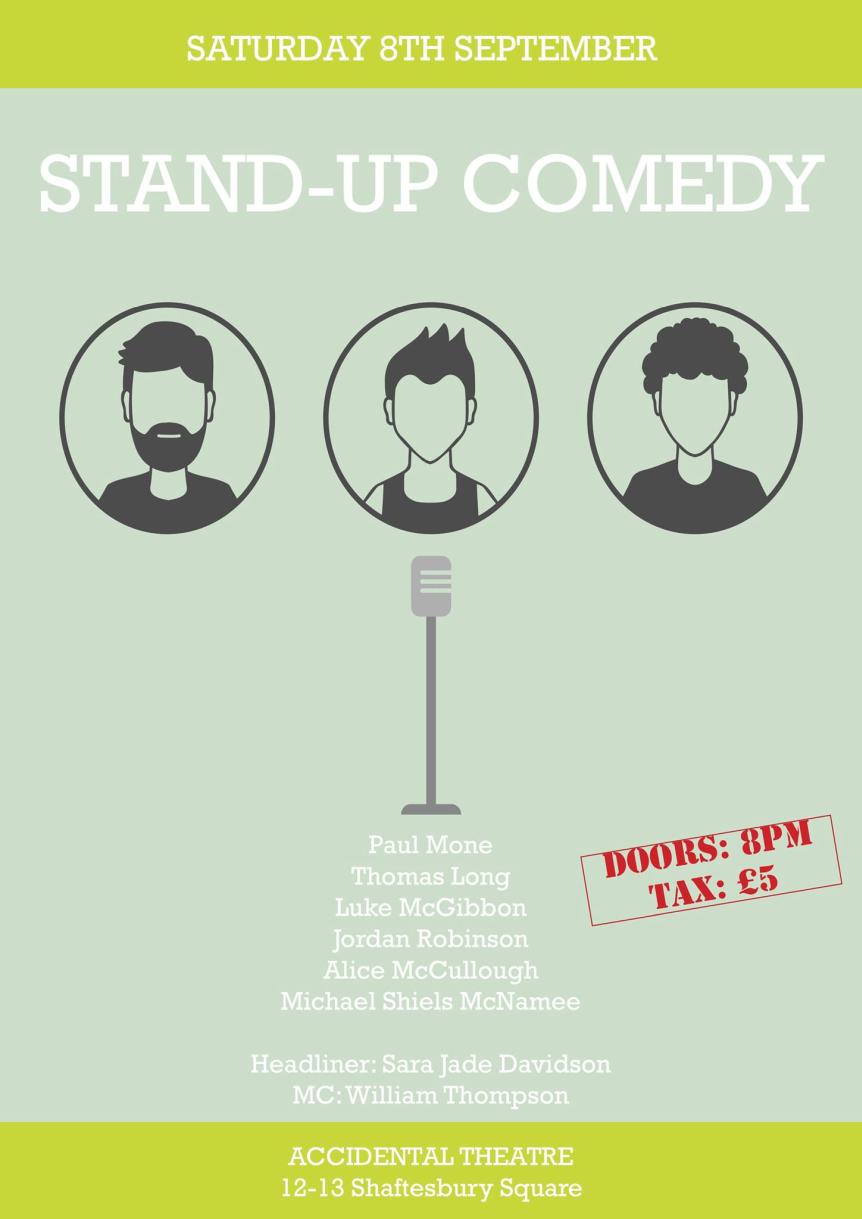