Boundaries is a one-person show written by Marina Hampton and Dom McCamphill and performed by Liam Tennant. Based on interviews conducted by the director Don McCamphill, Boundaries tells the story of a transwoman in Northern Ireland as she reflects on the difficulties she faced while transitioning from a male identity to a female one.

The staging for the production is truly minimal, consisting only of a plain backdrop, some fabric hangings on the wings, and four wooden crates in the centre. These simple features would be put to good use over the next fifty minutes as Boundaries told the story of Daniel/Diane, a composite character based on real trans individuals living in Northern Ireland.

The production began with a video projection and voice-over, depicting Diane after undergoing her gender realignment. She is walking in the outskirts of the town where she grew up, and reflecting on the trauma and alienation which she endured there.

“Nothing changes in these backwater towns. I don’t walk through the centre. I take the ring road round the outskirts. But even in the quiet of the park, out on the edge of town, the past is only a moment away.” 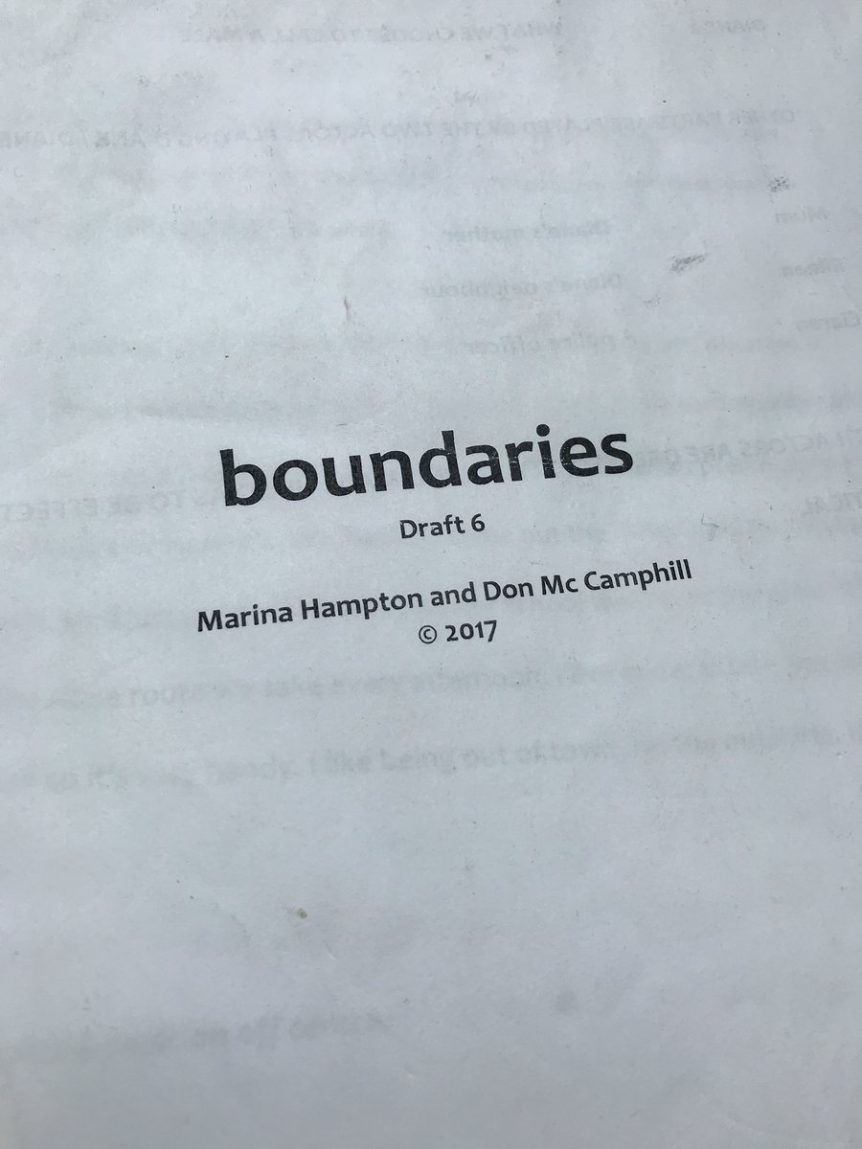 These lines, symbolic of Daniel/Diane’s struggle for self-determination and self-identity, would be echoed in the closing lines.

As the video ended, Liam Tennant took to the stage. I had seen this young actor before in productions of Sam Cree comedies by The Slemish Players and Castle Players in Ballymena and Larne, in which he was limited to bit-parts in rather formulaic farces. I was eager to see what he might accomplish in a more significant role.

As he emerged from the rear of the stage, Liam Tennant was almost unrecognisable as Daniel/Diane, so thoroughly did he inhabit the character.  But it was no trick of the wardrobe department or feat of make-up artist which deceived my eyes, but rather the combined result of an insightful director and a skilled performer.

Tennant moved across the stage with an affected gait, wrists slightly turned to hold his hands perpendicular to the floor. His eyes were often averting their gaze and his voice escaping in a hollow, haunted tone as he described the monotony and despair of Daniel/Diane’s existence. The immediate impression was one of a forlorn and frightened being, tremulous and uncertain, a person worn down by life and at their lowest ebb.

The delicate subject matter of a trans person’s journey is told with respect and aplomb. We share in Daniel/Diane’s sorrow as her mother struggles to accept her child’s evolving persona, her terror as she is stalked and attacked by bigoted thugs, and her triumph as she finds her resolve and takes positive action to rise above the forces holding her back. 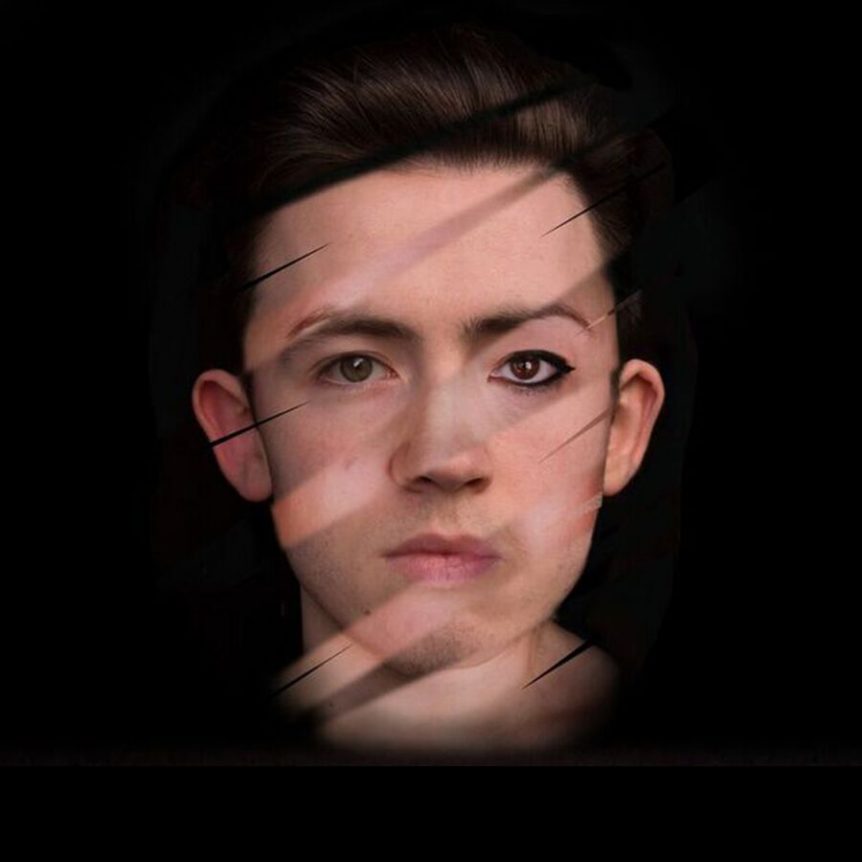 Changes of scene and mood were marked by deft changes to the lighting, particularly in one memorable scene in which Daniel/Diane undergoes surgery following a physical assault; Tennant lay on his back, centre-stage, in a small pool of light amidst a surrounding gloom. I was impressed at how well the drama and tempo of the play rose and fell as the story unfolds.

I thoroughly enjoyed Boundaries. It is a well-told story, one which confronts the prejudice and hate towards the trans community which is all too present in our modern society. As Daniel/Diane endures brutality from her aggressors, she also suffers apathy from bystanders (a shopkeeper who refuses to report an assault; a neglectful police officers who react to her story with nonchalance and victim-blaming). It reminds me of a quote from Albert Einstein;

Boundaries is a play which takes a thoughtful look at the difficulties faced by trans people, and if it receives a second run I strongly recommend it to anyone with the empathy to listen to its story.