Home » The Monthly » Colin James Woods speaks to the Monthly about Punk in Belfast, experimental Avant-garde music and art – Part 1

You are from Belfast originally?

Yes, from Glengormley actually. I was born in the old Jubilee Hospital at Belfast City Hospital.

Glengormley used to be part of the Belfast Rural District Council and now it is part of Antrim and Newtownabbey, but I think it is fair to say that people in Glengormley are, in general, Belfast focused. I certainly thought I was part of Belfast, a Belfast boy, rather than being from elsewhere.

Do you have any early musical memories?

My earliest musical memory was of my mother ironing and listening to the radio and The Beatles “Can’t buy me love” was on the radio.

The Beatles were the band of the time; my mum asked me at one point if I wanted a Beatles haircut.

I was always interested in sound though. I would play with noise; radio static, tv channels and the noises that the tv made. So sound definitely interested me.

You were involved in the punk scene in Belfast in the late 70’s?

I was an atypical punk. While I queued up outside the record shop in Glengormley to buy “Never Mind the Bollocks” by The Sex Pistols on the first day it came out. I would also have in my bag a copy of Tchaikovsky’s Piano Concerto Number 1 in B-flat minor and I would say to people that they should listen to both. I thought both genres of music were worth listening to and I would say that to people I knew.

Did you play an instrument?

No not really. I attempted to play guitar, but I wasn’t very good. I wasn’t encouraged really to be musical.

At Ballyclare High School you had to do music in the first year and in music class we were auditioned for the school choir. When the music teacher heard me try to sing, he said, “you’re just not very musical are you!”

Now in my view they wanted to hear from the “musical” kids, middle class kids, privileged kids, who were getting piano lessons or violin lessons and things like that. They didn’t seem to want to encourage or enthuse the working-class kids.

Music was not part of my family culture. We didn’t have room for a piano or money for violin lessons, so in that sense most working-class kids like me were excluded from music.

In the middle of this punk arrives?

Yes; in the middle of not being accepted to do musical things at school, punk arrives and the ethos is…you can do this. You can buy a guitar, learn a couple of chords, you don’t need to be able to read music, you don’t need to have a violin or a piano, just thrash away and anyone can be involved.

Punk taught me an important thing, which strangely returned in later life, the question of compositional constraint.

When I was learning formal composition there was, as part of that process, the notion of compositional constraint.  If you have no rules, no structure and no limits you can pretty much do anything and that can be very invigorating but it’s easy to be paralysed by too much choice.

But if you have some limits and some structure, maybe access to only 5 chords, and some self -imposed constraints, then that can sometimes work to your advantage. It is certainly something that I brought into my own practice – a framework rather than a cage. 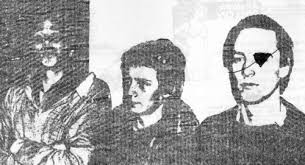 Which bands did you play with?

I started off in a band called The Allotropes, but before that I got together with a group of mates, childhood friends, we would play together. None of us could play competently but we were determined to do something. That was the spirit at that time.

That group split into other groups; The Aerosols (they were a great wee band) and a more experimental group called the Allotropes and later they gave birth to another group, The Stabs, which became Music for the Deaf.

Music for the Deaf played gigs around Belfast, we played The Harp and The Pound, youth clubs, even an orphanage. Despite the fact that we weren’t very good, we just did it.

I remember our first gig in a working men’s club in Larne. We played as a support for a (very competent) covers band, they did country music and Status Quo songs, and when we played our set I think we were received with astonished looks on people’s faces. They had never seen the like of a group like us. They hated us. 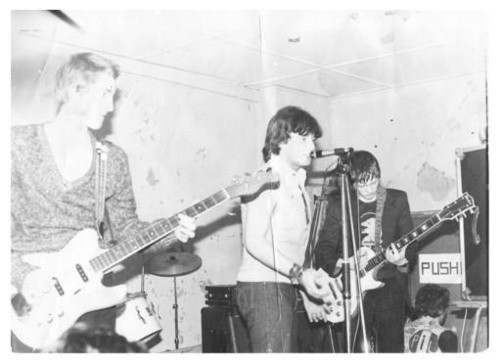 Music for the Deaf

How important do you think punk was given that it occurs at the height of The Troubles?

The question of sectarianism is important because for many people, many punks, sectarianism simply wasn’t an issue in that it didn’t matter to them. Being part of the punk scene was in some ways independent of the sectarian situation.

Now that wasn’t true for everyone. Some people couldn’t get beyond the culture they had grown up in. They couldn’t escape it.

Some groups embraced their identity. Ruefrex from the Shankill Road wrote songs about things that were involved in their upbringing.

There was a political orientation from local Punk bands?

There was also the question of racism and being opposed to that. There were bands involved in Rock against Racism.

Stiff Little Fingers put forward serious political ideas and I think you can say that for some there was an awakening of a sort of class consciousness, an idea beyond tribal sectarian politics.

It wasn’t all one way though. There were some bands which bought into the fascist ideology. There were a few bands who were openly white supremacist. A minority tendency but they were there nonetheless. By and large there was a left-wing orientation.

Were you involved politically?

Yes. I was involved in my trade union when I worked in the pathology lab at the hospital.

I was on the youth advisory committee for the Irish Congress of Trade Unions, I was on the Executive of the Belfast Trades Council, I was part of Militant Tendency, I collected money for the miners. I was very politically active.

The radicalisation emerging through Punk carried forward from when I was musically active through to my working life.

When you were musically active at that time you did some work with electronic music?

If it didn’t work, you had to work out why and then send the information back to the computer people.

You made a music video at some point?

I then bought a computer, a Video Genie, with an operating system called TRS-80. 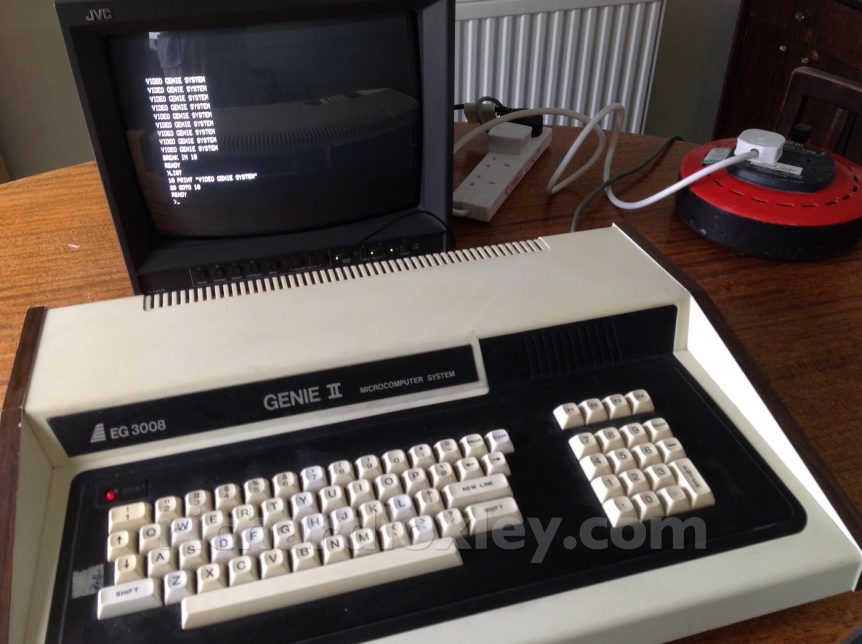 It had 16k of memory and a cassette tape drive. I coded a program in BASIC that was designed to produce chunky black and white graphics to accompany the Allotropes’  cassette release “All Trees”. The program was included as the last track on the tape, and if you had a compatible machine you could load it up and play it. I believe that it was the world’s first computer generated music video or at least I lay claim to that!

Steve Swales, the brains behind the Allotropes, collated the tracks recorded by the band and they are available on a website and on Bandcamp.

The Allotropes website can be found at the link below