Do you have any recollections of your first attempts at writing?

My very first recollection, and I do remember this vividly, is of when I was 8 years old and I started to write prose.

I was writing about a cop show called Dempsey and Makepiece, an America cop show, and in one episode they managed to stop a bunch of terrorists from hijacking a bus.

I wrote about a group of terrorists kidnapping my family. I lay on the linoleum floor in our kitchen at home and I wrote that story. I can’t remember whether I finished the story or not but that was the first time, outside of the classroom, that I was so inspired to actually organise myself to write. 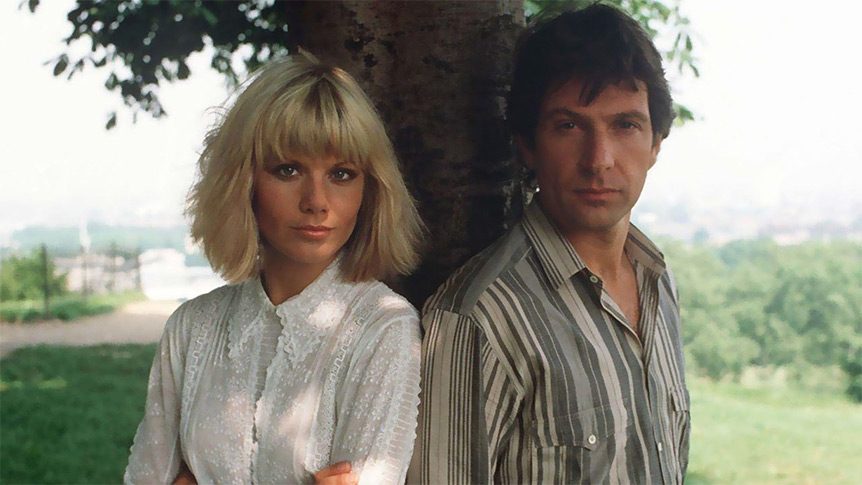 Did you write at school?

I did storytelling at school and that was really good. We had different teachers who would come into our class and we got to write stories.

My grandparents have memory boxes and they have kept a few of my stories from when I was young. One of the stories was about me being a drone bee, I gave the bee a personality, and I think it’s not too bad from a 7 or 8 year old.

My gran really tried to encourage me, she gave me a notebook and she would read my writing.

Did you continue to write?

I tried writing poetry when I was at university but that didn’t work particularly well. I was much better at writing prose and I did start writing a number of books but I never finished the work.

You have pretty much always been writing?

Up until I was 20 years old but there were a few years at university that I stopped and didn’t write hardly at all.

I was studying History and Politics at Warwick University and when I did try and write poetry it just didn’t work at all.

You have had mental health difficulties?

Yes. I had a severe nervous breakdown towards the end of my time at university. Luckily the difficulties emerged when I was at home and so I voluntarily sectioned myself and I ended in Holywell. I was there for 3-4 months.

One of the nurses said to me that many people feel better if they write their experiences down. When I got out of hospital I started writing.

A friend of mine read what I had written, now they didn’t say it was very good but they did suggest that it was readable and I realised then that I was able to write material that had a bit of flow.

That gave me enough encouragement to continue writing.

Did you get anything published?

I was never the person to send material off to magazines or publishers and there certainly wasn’t any encouragement or support to do so.

At school, for example, I think I had a particular approach to my work. I was quite entrenched in my own style of writing and it would be fair to say that a lot of my teachers didn’t like what I did.

I did have one teacher who tried to encourage me a little but there really wasn’t anyone at school or even later who offered help and I really did want to make writing the key thing that I did.

Did the writing help you with your mental health and well-being?

Both writing and performing make a big difference. One of my most interesting pieces, “How to have a Party” was written while I was suffering badly with panic attacks, with depression and anxiety.

The poem was looking at what happens at a party. In some ways I think it was aspirational; looking at what might be a joyful experience when I wasn’t feeling that way at all. It is an expression of where you want to get to. I thought that was quite a powerful piece, in some ways it is even better than the poems that deal directly with the experiences of mental illness.

I think performing is cathartic in that way. The panic attacks that I was having seemed not to interfere with me performing. I think throughout the whole period when I was experiencing panic attacks which lasted for almost two years, there was only once where it happened when I was –performing.

Is your poetry just for your own well-being?

No. I think writing has always been independent from the question of my mental health. Certainly I started to write again, I had stopped for a little while when I was at University, after I became ill. But right from the start I have wanted to take my writing as far as I can.

I always think that I would like to get something which I have written on people’s coffee tables. That to me would be proof of success.

I would like to move towards writing novels, but at the moment I have working to my strengths and that is poetry and performance.

How did you develop your style?

I think attending writing groups was where I was able to work on my method and my style. I went to groups in Manchester, one in South Manchester and in particular a group run by Commonword.

I would bring my work to those groups and they would allow me to read my work and get feedback. I developed through that.

It wasn’t always the best way to develop. Sometimes people would be too interested in the story rather than providing a critique of my writing. By and large though the writing groups were the starting point.

What about developing your performance skills?

During the period when I was experiencing my mental illness, I decided I wanted to perform. Poetry open mics seemed the easiest way to be able to do that.

I worked on the open mic circuit in Manchester. It took about a year of going to the open mics before I was booked for a performance. I knew the woman who ran the poetry night known as Reverberate and she decided I had been around long enough that I deserved a spot.

I then went on to get some of my material published.

Where were you published?

I was getting my work published in regional magazines; Citizen 32, Speech Therapy, The Ugly Tree, Mental Virus, a couple of other small publications. That encouraged me to keep going and keep working on the craft of writing.

You can find more information about Michael Wilson’s work at his Facebook page – www.facebook.com/profile.php?id=643030406

His book “Bedlam’s Best and Finest” is available to purchase at the following link – www.amazon.co.uk/Bedlams-Best-Finest-Michael-Wilson/dp/1912477262