How did you end up in Northern Ireland?

In 1989 I received a Canadian Social Sciences and Humanities Research Council Post-Doctoral Fellowship to study at University College, Dublin. This allowed me to undertake research into Irish poetry and the visual arts. I was interested in how and why interaction between the visual arts and poetry takes place, and how Irish poets including Seamus Heaney, John Montague, Paul Muldoon and Medbh McGuckian had worked with or responded to the work of visual artists. I became particularly interested in Paul Durcan’s poetry and have since written a number of critical essays on his work.

In 1991 I took up my current post as Lecturer in Creative Writing and Contemporary Literature at the University of Ulster. At that time I was living near Queen’s University and the Troubles were still very much part of life.

Did coming to live here shift your style or the content of your writing?

I carried with me the craft that I had learnt in Canada, and I did continue to read Canadian poetry of course, but I had completed an MA and a PHD in Irish Literature, so I think inevitably that had an impact on my style.

If you look at form across my work there is a mixture, I think, of Canadian and Irish influences. For instance, Paul Durcan’s dramatic monologues, poems in the voices of a range of eccentric, marginal personae, were a model for my collection entitled Mooncalves. This book is a series of poems spoken by differently abled people who in ancient times were venerated as prophets and seers then later were marginalised, discriminated against, ‘othered’. The poems span Egyptian dwarves, Irish Giants and contemporary artists like Peter Dinklage and Alison Lapper. That collection was criticised in some quarters for appropriating the voices of individuals who should be allowed to speak for themselves. To me this seemed unfair and ironic, given that the majority of people I wrote about had been effectively silenced, objectified and rarely given a chance to tell their stories. 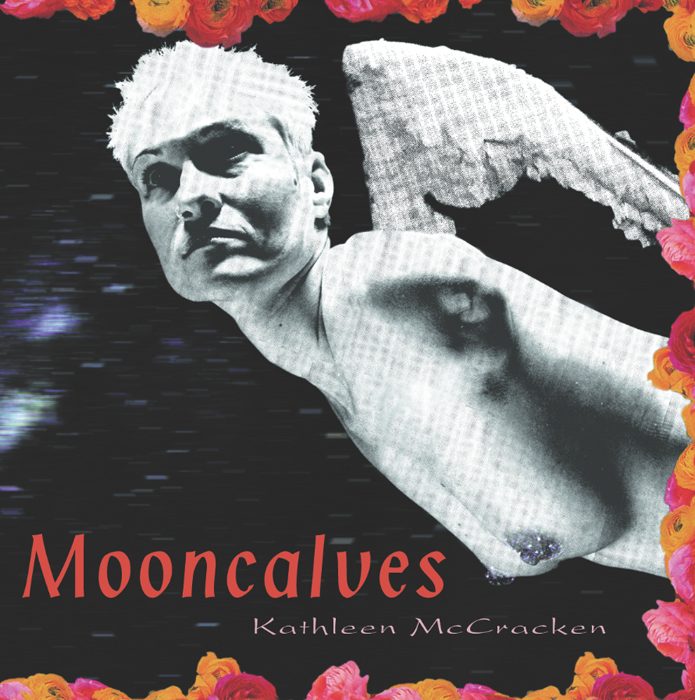 That seems quite a strange line of criticism.

The Vietnamese-American poet, Ocean Vuong, has spoken with intelligence and humanity about the issue of cultural appropriation. In his view, if the research is accurate and the writer is respectful of and sensitive towards the subject, then the outcome is not exploitation or appropriation but envoicement and empowerment. I agree with Ocean. I think writers need to be able to use their imaginations, let go of the ego and walk away from the self. Mooncalves was an attempt to do what Bob Dylan says in ‘Thunder on The Mountain’:  ‘Gonna forget about myself for a while / Go out and see what others need.’

What led you to submitting poems to the Seamus Heaney Award for New Writing?

Each of my books and the majority of my individual poems have been published by houses and journals in Canada. For whatever reasons, until relatively recently I haven’t been a particularly visible presence on the Northern Irish literary scene. But I have lived here for nearly 30 years, so in the past while I have been doing more readings and sending work to local publications. Submitting my poems to be considered for the award was part of that desire to become more involved. Actually, I was hoping to be included in an anthology in honour of Seamus Heaney, so the thought of winning the award wasn’t foremost in my mind.

And the poem ‘Chironomy’, what is that looking at?

I have written about 30 poems about my father, Robert Ivan McCracken, who died on Father’s Day in 2010, so ‘Chironomy’ is part of that series. The poem is a way of giving my father presence, of keeping his spirit alive amongst us.

My father worked with his hands, he was a butcher and a woodworker and a carpenter, so in part the poem is a tribute to his resourcefulness and agility. Towards the end of his life, when he was very unwell and wasn’t able to speak, he would use his hands to communicate, and that is where I made the link with chironomy, which is an ancient form of conducting choral groups with the hands. That is why I say in the poem,

“his hands divined a rough chironomy,

each one a chorus,

Do you look at questions which emerge locally?

I tend to write mostly about Canada, or about ideas which emerge from Canada and the States, though I do have a number of poems which are about, or reference, Northern Irish places and experiences. For instance, I have poems about Greyabbey, The Starbog Road, and the Good Friday Agreement. I am currently writing a series of poems as part of a cross-community project in the Lisburn-Castlereagh district.

I am interested in First Nations issues, and I came to that through place and landscape. I have travelled through areas in Canada, the Rocky Mountains for example, where there are place names which stem from Scottish and Irish explorers, and I am drawn to thinking about the indigenous words that underlie and precede those settler renamings. I write about that situation, not necessarily in a politicised way, but with an ear to the relationship of languages and cultures to landscape.

Do you feel after winning the award that you are more connected to what is going on locally?

I have been commissioned to write about local history and I enjoy the excavation work and the research required to do that. I am fascinated by Irish history and the layers that exist in places like Nendrum, the Giant’s Ring, Carrickfergus Castle.

The poetry scene here is vital and healthy. I admire and have been supported by so many Irish and Northern Irish poets, Medbh McGuckian, Moyra Donaldson, Colin Dardis, Kate Newmann, Stephanie Conn and Damian Smyth foremost amongst them, and I am frequently invited to be part of literary events. Winning the Seamus Heaney Award for New Writing, though, has confirmed all those connections. It is a great honour.

So yes, I definitely do feel that I have been accepted into the local community of poets while being able to maintain my ‘Canadianness’.