How did “Lit Up” come about?

There was an event I was involved with at the Flowerfield Arts Centre called “From Homer to Heaney” and it was put on once. That was in the spring of 2018, and we didn’t get much of an audience to that.

I took it over to Manchester and organised a fundraiser for Venture Arts who do workshops with adults with learning difficulties. I had volunteered with the organisation when I lived there, and again it didn’t get a large crowd.

After that, the concept was put to bed for a while, but people I knew liked it, liked that concept of people reading poems that influenced them and combining people from different poetic orientations and so that made me think it might be worth having another attempt at establishing the event.

You brought it back?

Yes, we started in February this year (2019). We tweaked the title a little because it was a little male centric and so it became “Lit Up”.

I joined forces with Alice McCullough because she had connections to people at Community Arts Partnership. We approached Shelley Tracey who is the Project Coordinator of the Poetry in Motion project and from there we agreed to hold the event at the Arts Resource Centre.

Shelley knew and trusted Alice and so Alice really made a huge difference at the beginning with regards getting the event established.

The setup of this event is that you have “page and stage” poets read together?

Yes, in my view there really isn’t a lot of difference between what page (literary) or stage (performance) poets do. While I know there have been antagonisms between those areas of work, I would like everyone to work together where possible.

Yes, that would normally be one distinction amongst other things.

There are specific elements that are required for a performance to connect and when the performance poets are writing that has to be kept in mind, but even so, I see them as connected in many ways.

Page poets have to write in a way which will allow the words to seep into the mind of the readers. To me the differences are quite small.

At “Lit Up” because the format has people read poems they have been influenced by or that they like, then often everyone ends up reading from the page at some point. That narrows the distinctions a little.

I would like also that the page writers influence the stage poets and vice versa. 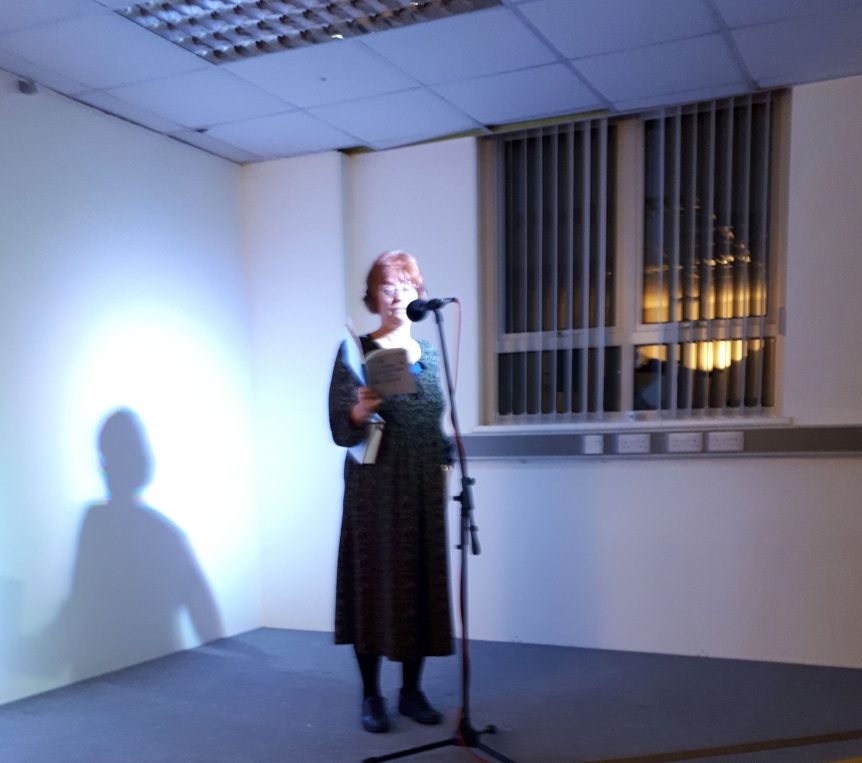 You also have an open mic as part of the format?

Yes people can get up and read their favourite poem or one of their own.

We have had people read who didn’t write poetry, wouldn’t even consider themselves poets, but they are avid poetry readers.

They come along and they will read their favourite poem, so that is a wonderful addition to the event and adds another element to what we are trying to do.

“Lit Up” has wrapped up for the year, when do you start up again?

It looks like we will run the event from February through to the end of June each year. 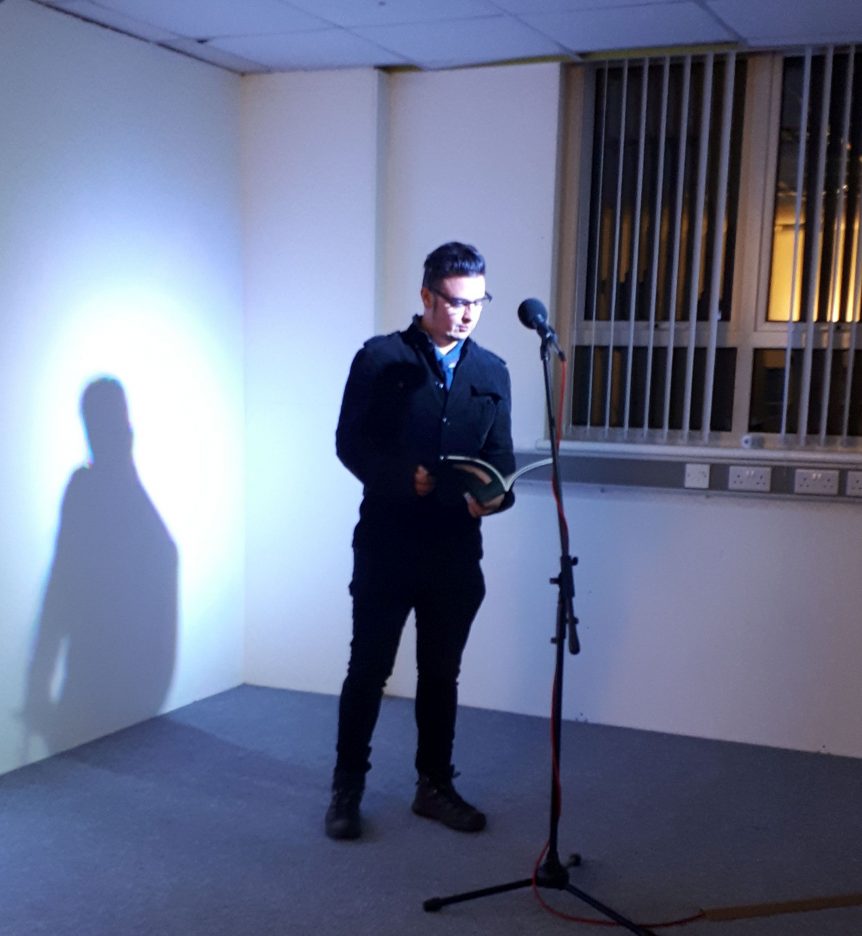 The next “Lit Up” event will take place in the ARC in February 2020.