How long has the Over the Hill Music Collective been active as an organisation? 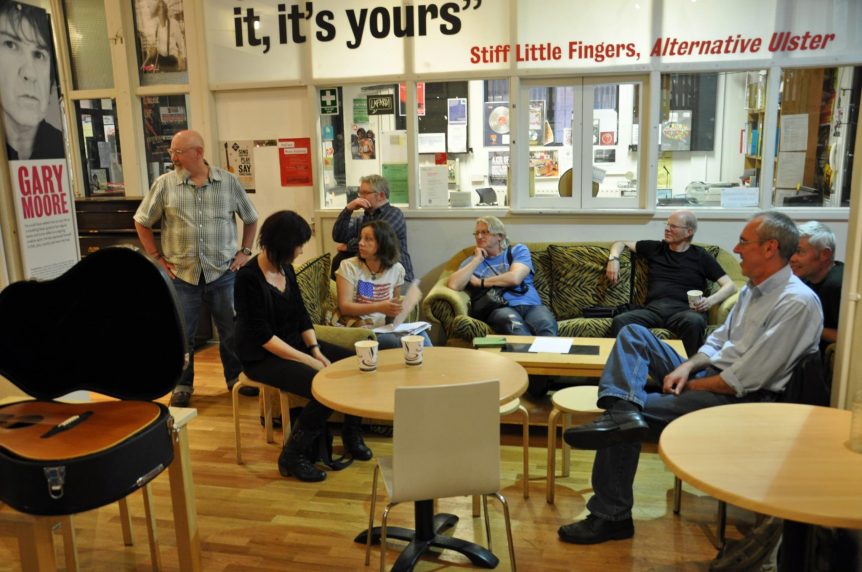 Has the mission statement changed over that time?

When I started OTH it was to create a space where older or mature musicians could meet and work off each other.

It is a fairly lonely place to be a singer songwriter and especially being an older singer songwriter it can be an even lonelier place. When you get together with people who are contemporaneous with you, you have a set of references which match, in my view that often means we are able to create an almost instant camaraderie. So, initially we just wanted to get older musicians together but it’s really grown into something much more.

Over the years we have developed, perhaps you could say we have expanded.

Some of the ideas for our workshops and sessions came from me or the board or people we were working with. We have grown over the last few years and our reach and you could say our ambitions have grown as well. 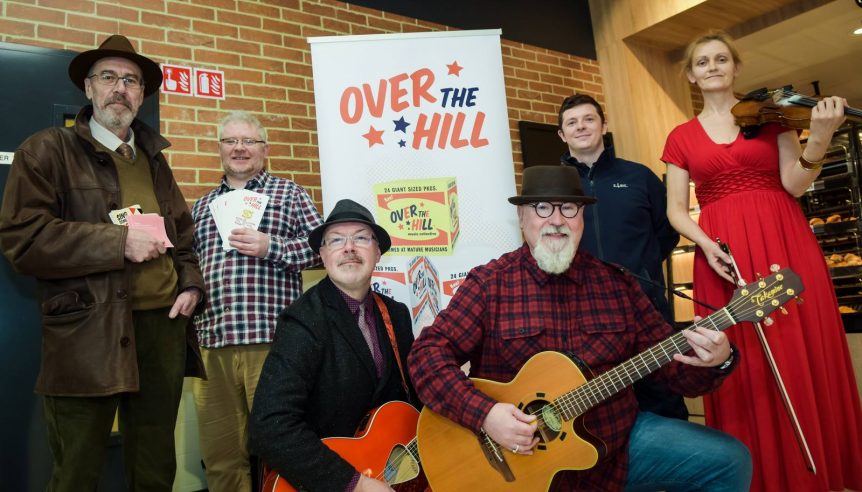 Initially the argument you put forward was that older musicians were being excluded from the music industry?

Yes that is true, although I suppose you might qualify that a little to say that some genres of music, jazz and blues maybe, might not be so bad. But if you are a rock or contemporary pop artist and you are relatively old compared to younger generation of musicians then yes there are few avenues or areas of support for you.

As an example, recently Over the Hill Music Collective was profiled on Across the Line because of the work we did with Alice La who is around 21 I think. We collaborated with her on her song ‘Sisters’ for the most recent OTH album.

We were grateful for the kind words we received for making the track with Alice from Stuart Bailie and Rigsy.  In my view if an older musician had produced a similar song I would not expect them to get profiled on that show.  I know the show is aimed at new artists but some new artists are older too!

Ralph McLean and Cherrie McIlwaine on BBC Radio Ulster have been great in the past and very supportive.  Beyond that though there are very few outlets for older musicians to showcase their work with the exception of say the recent Radio station Belfast 89FM.

I can remember in the early days we were always profiled as a ‘project’ rather than for the music the collective created. And there were only a few areas or DJ’s on radio, such as John Toal or Gerry Kelly who were interested.

And so that was what stimulated the setting up of the collective?

Yes. I certainly thought that if we could create a space for and get more mature musicians along and if they worked together, their collective voice would be stronger.

Is the music industry worth targeting?

If by that question you mean that there are few opportunities for any musicians to get heard let alone make a living then yes it is a big task.

In some ways we have sidestepped the industry. It’s about the process of making the music and providing opportunities for people to be both creative and let people have access to resources to make the music they want to.

We have set up a collective where you can get help with things like that, you can access our collective knowledge, our organisation and our processes to help you with setting up as a musician, polishing your material, we put on gigs, showcases, we can help with legal questions and ultimately you can get your material recorded. And you get the camaraderie of the group thrown in as well.

In some ways we have moved beyond the industry in that all of that happens regardless of the limited opportunities the industry offers. But I still think it is worth challenging the idea that you can’t make interesting material as you get older.

I believe anyone of any age deserves to be heard and that is not always apparent in the industry. It would be reasonable to say that older musicians are more often than not excluded.

In our role of organising gigs, recording albums, promoting and creating a platform for older musicians we recognise that the importance of it all cannot be underestimated.

Of course it is true that older musicians who have been successful in building an audience or a career in music have a better chance to maintain their career, but we serve all sorts of people.

Some people come to music later in life, they might have a grown-up family and have found some space to pursue music, they might not even be interested in a career but they still have something to offer.

It is important to say that OTH caters for people with different needs. Some want help getting a song completed and that might be their goal, some want to record, some want to look at working as a musician in whatever form that might take. We provide support for the different directions people might want to take.

That sort of brings you back to the music industry which is incredibly unequal and of the 1000’s of musicians only a handful get an opportunity to be heard?

Okay, well if we can have the same opportunity to fail as everyone else has then that will be fine.

I think that is quite a good way of putting it. We aren’t asking for special privileges. Simply the same considerations as anyone else regardless of their age.