Strange times indeed in the United Kingdom. Boris Johnson “leading” the country, a substantial housing crisis, far right extremism on the rise, deep-seated divisions in society generally, and parliament disintegrating into a colony of bumbling, squawking penguins.Truthfully parliament almost always resembles a colony of squawking penguins, it just seems as if this sorry state of affairs is actually a lot worse than usual.

If there is a silver lining, perhaps we can say that at least musicians and artists have an inexhaustible amount of material to work with.

One group which makes use of the never-ending seams of tension is Sleaford Mods, Andrew Fern and Jason Williamson. 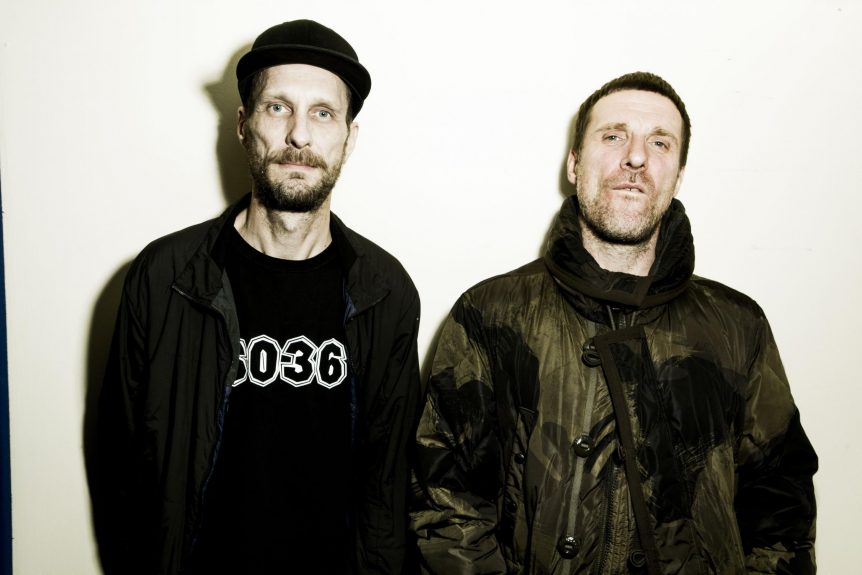 From their beginnings, Sleaford Mods have always explored the tiny frustrations and despair in day-to-day life which offer insights into the general political picture. Rather than simply attacking the ruling classes or establishments directly, they tend to work through stealth. Williamson’s lyrics drip venom as they examine the tattered fabric of the lives of the poor, the disenfranchised, those at the receiving end of austerity.

From the political classes who are “affixing life with policy cream” to has-been musical ‘stars’, claiming to be grounded but who know nothing about “looking for jobs, shit wages” while they “parade around Arnos Grove namedropping nineties pricks”.  The wrath is often delivered by shotgun blast and the humour can be pitch-black.

Accompanying Williamson’s lyrics, Andrew Fern’s backing tracks provide a wide variety of musical styles from the funky double-tracked bass of the brilliant ‘Kebab Spider’, the frantic xylophone of ‘Discourse’, to something akin to Radiohead with the track ‘Subtraction’.

There is one other thing to add. The Sleaford Mods are older artists, both closing in on their 50’s. In an industry which tends to parade youth, they certainly suggest that more mature voices are equally as vibrant and innovative as the younger generation of performers.