You are known locally for playing with Peter Wilson aka Duke Special?

Yes, as I said I didn’t play for a long time, then I slowly got back into playing in the 1990’s. I would do church events and things like that mostly playing guitar. I first met Peter when he came to England as part of a band fronting a youth project that I was involved with.

Peter was with us for the first year of the project. After that he would quite regularly come over to England doing gigs in his own right. I would go to see him when he was playing near me and he would often ask me to sit in on the gigs and play drums.He turned up one time with this very impressive Duke Special persona with great songs and stage presence.

Did you join Duke Special at that point?

I kind of stumbled into it. There was no great plan. As I said I had sat in on gigs and then Pete was doing what was probably the first Duke Special tour in England and asked if I’d do it with him. Things just progressed from there.

We toured a lot, up and down the motorways of England, Scotland, Wales and Ireland, building up a following. Often we had to hope we could sell enough CD’s to have enough to pay for petrol to get to the next gig. We slept on a lot of people’s floors but had a lot of fun and adventures along the way. 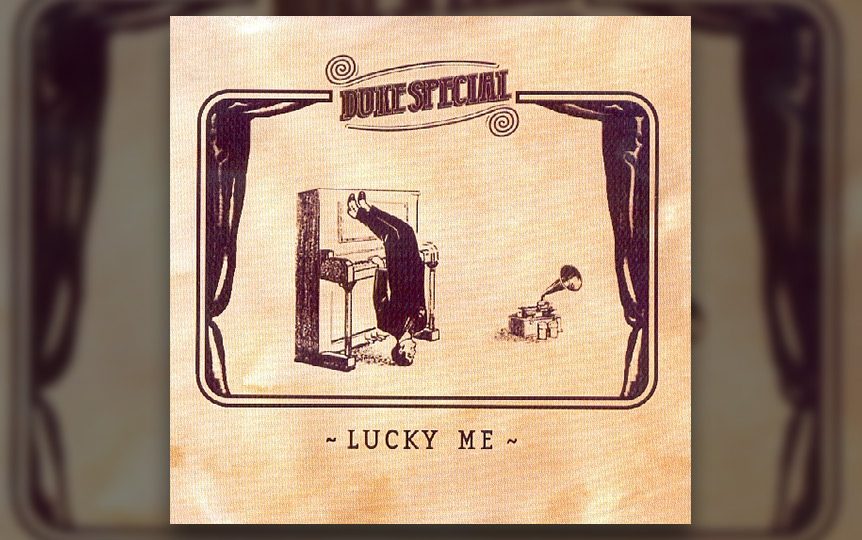 Did you develop your unique style of percussion during that period?

I’ve never really been the sort of drummer that’s been happy to be shoved to the back and not really one to keep to the rules. I don’t think there are any when it comes to drumming and you can add any delicious sounds to your kit that works for the song. You have to find ways of allowing your personality to come through your instrument (hence the Animal thing!). So if you need the sound of a huge spanner on a song, add it to the kit!

Peter (Duke!) is always pushing the boundaries and alongside writing killer tunes is very inventive in his approach to music which is great for me as it allows me to explore my Animalness!!

In the early days there were just the 2 of us (and still is often) and we needed to find a way to not sound like a piano and drums with the bass missing. So lot’s of dynamics, big highs and intimate lows, a more percussive approach to the kit and less four to the floor conventional rhythms.

There was also an element of showmanship as well?

I would call it natural showmanship. It’s who we are. On the musical side of it, we are always looking to add unique voices to enhance the song.

A mate of mine was clearing out his music shop and had four of these instruments called the Stumpf Fiddle which is a mad type rhythm stick. Pete noticed them in my cellar one day before a gig and said bring one along and in one of those stumbling into sort of moments it became a staple part of the Duke show. I now proudly play my own version, The Chipstick!

I also play my own signature model cheese grater and whisk which we sold at gigs with an instruction manual! It is important to say that we are always careful to maintain the integrity of the music. There is a thin line between gimmicks and integrity. 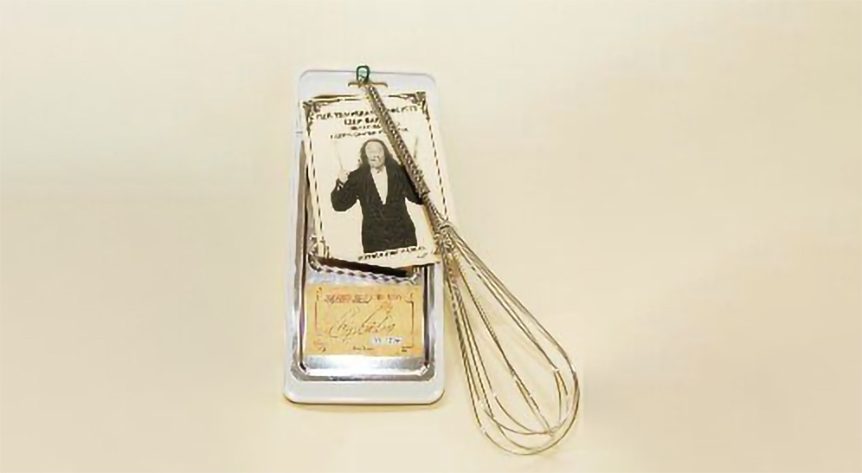 Did anyone ever accuse you of that?

Not to my face! You are very aware that you need to treat the songs with respect no matter where the performance takes you. Of course there is nothing wrong with letting loose and entertaining your audience with a bit of fun and a twinkle in your eye.

We spent a lot of time doing very small gigs and slowly the support grew and Duke Special was able to move on to bigger shows. As things developed we were able to add a front of house engineer and other musicians. The duke thing is like a collective. Sometimes Pete on his own, sometimes 2 piece, sometimes 4 piece, sometimes 7 piece, sometimes 60 piece orchestra. It’s a pleasure to be around this collective. We have such fun, such respect and I have never heard a cross word.

I have loved every minute of the journey. We’ve done Jools Holland, Top of the Pops, played with the Muppets, played Wembley, Glastonbury, incredible events and venues around the world, appeared in a 68 show run at the National Theatre in London and so many other things. What’s not to like!

You had a special drum kit made which fitted with the Duke Special orientation?

I am proud to be endorsed by English drum company Jalapeno Drums. These are drums hand made by master drum maker David Nuttal. As the Duke thing has a lot of influences in music hall we wanted the kit to reflect this with an old style kind of “traps”kit. David knew exactly what to do and made me this wonderful sounding kit to suit the music with an equally amazing look to it and not your average looking drum kit. 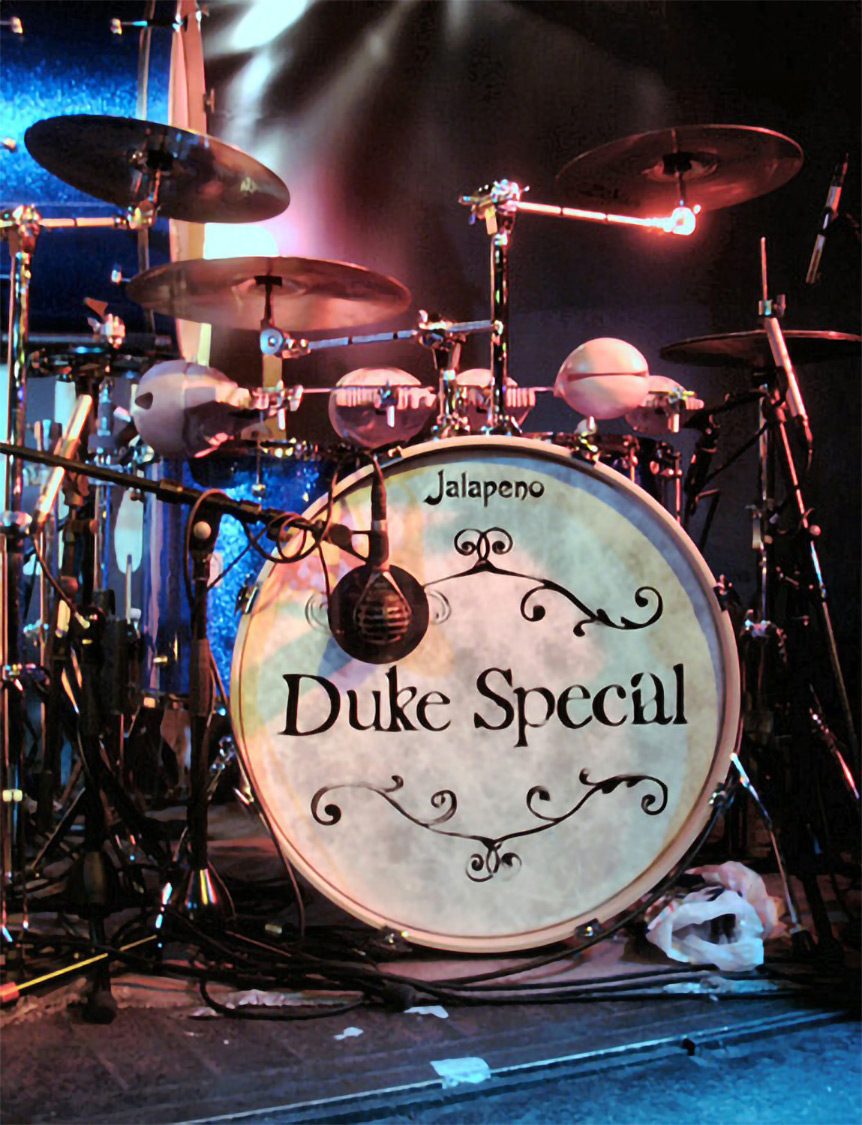 You also had a personalised “Chipstick” made.

Yes. I was contacted by the Stumpf Fiddle Company in America and we did talk about working together, but we couldn’t make that happen. So I ended having my own made by Reg Wilkes in Somerset called the “Chipstick”. 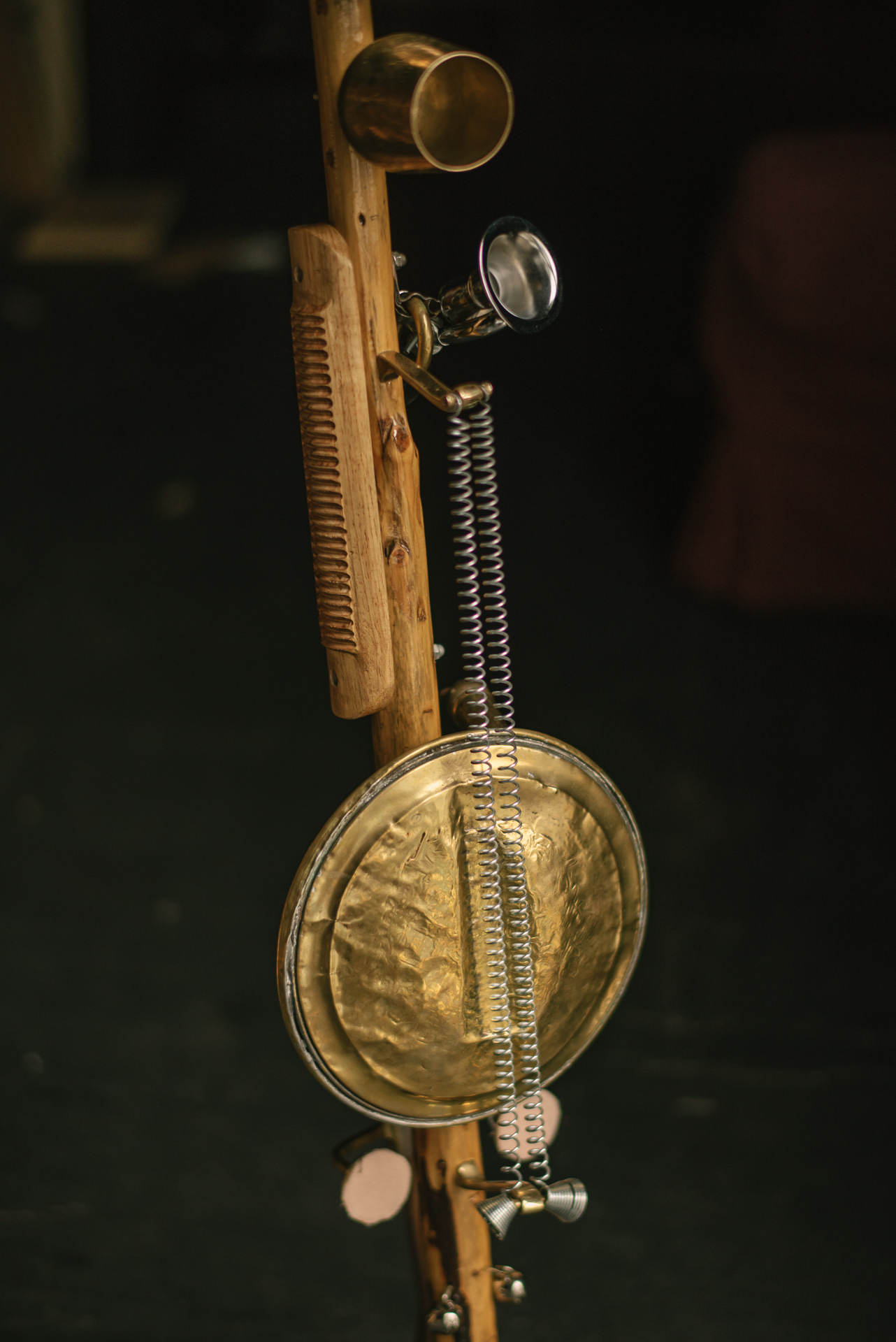 You also produced your own record?

Yes, that was Peter’s idea. It was really just something to sell at gigs. It’s called ‘The Temperance Society Chronicles Pt 1’. It’s a mixture of genres, has some mad drum moments, some Stumpf Fiddle action and features my community of friends including Mr Duke and my son Matt’s beatboxing, scratching, playing percussion and my son Nic playing electric and upright bass. I’ll get round to Pt 2 sometime.