Home » The Monthly » “What floats your boat?” – Paul Kane

The July Monthly introduced a new feature where we ask people what in the world of the arts has caught their attention recently. In other words, what has “floated their boat”.

This month, August, we asked Paul Kane from the Over the Hill Music Collective what had enthused him recently.

“Just after Christmas I made a conscious decision to give up TV and cut down on a lot of online frippery.  Running into major issues with my internet service provider made it easier to pull the plug on the internet at home.  Eight months later I still have not opted for another internet company and have never felt happier. I am still online in work and do read a few online papers but its mostly radio, books and music at home.

I was recently in the Calouste Gulbenkian Museum in Lisbon. This was fascinating; an eclectic selection of items from early Egyptian artefacts to lush huge modern abstract canvases and sculpture. 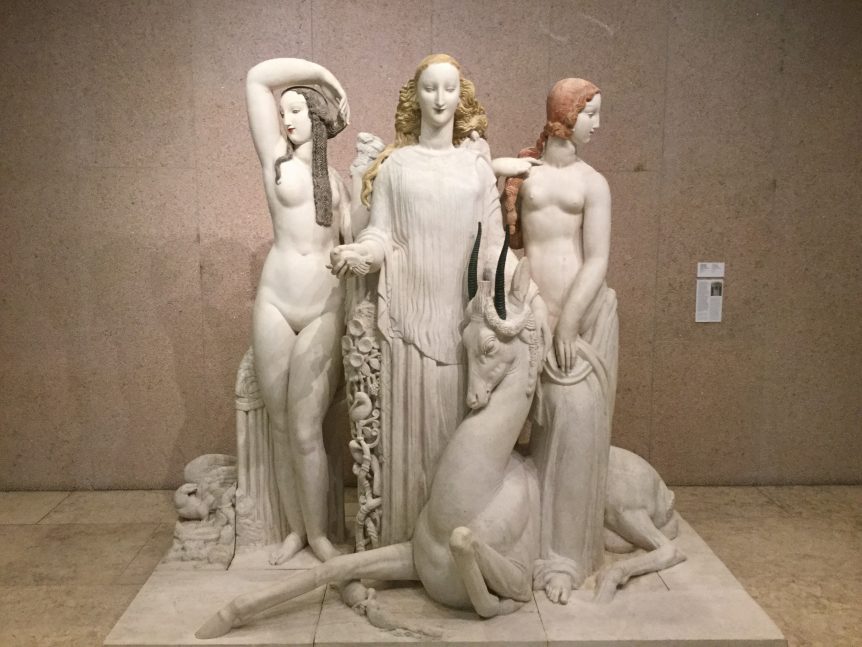 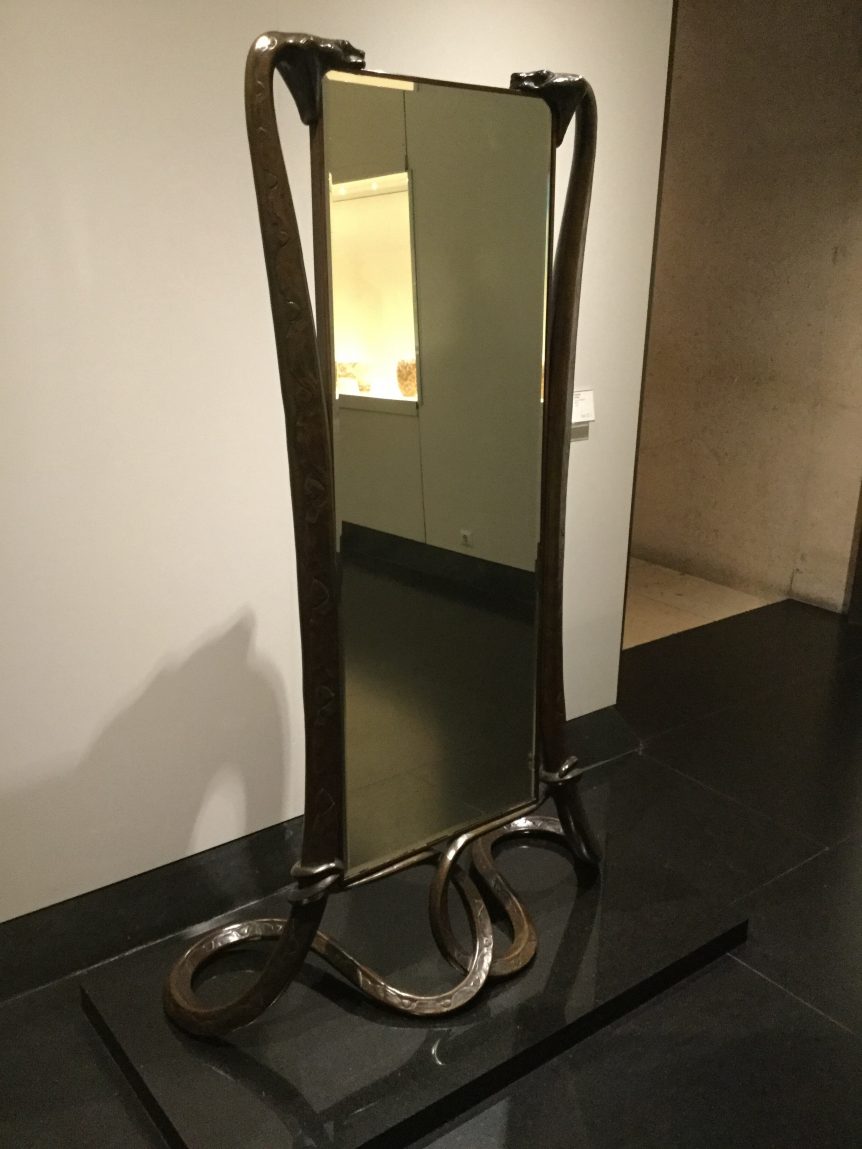 It felt like a cultural oasis in the middle of a bustling busy city, there was, however, a lot of amazing city art too mind you. 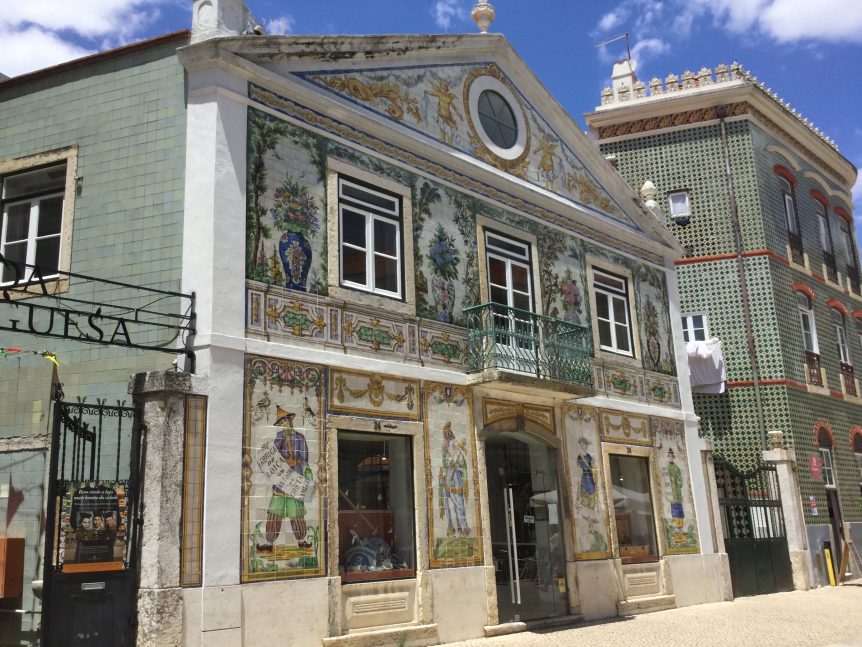 On walking into the grounds of the Calouste Gulbenkian Museum I discovered several hidden little seated areas which I found out had been cleverly constructed in order to block out sound.  This became an ideal place to mull over what I’d seen when I’d finished the main tour.  I spent a good spell in there recharging my cultural batteries. 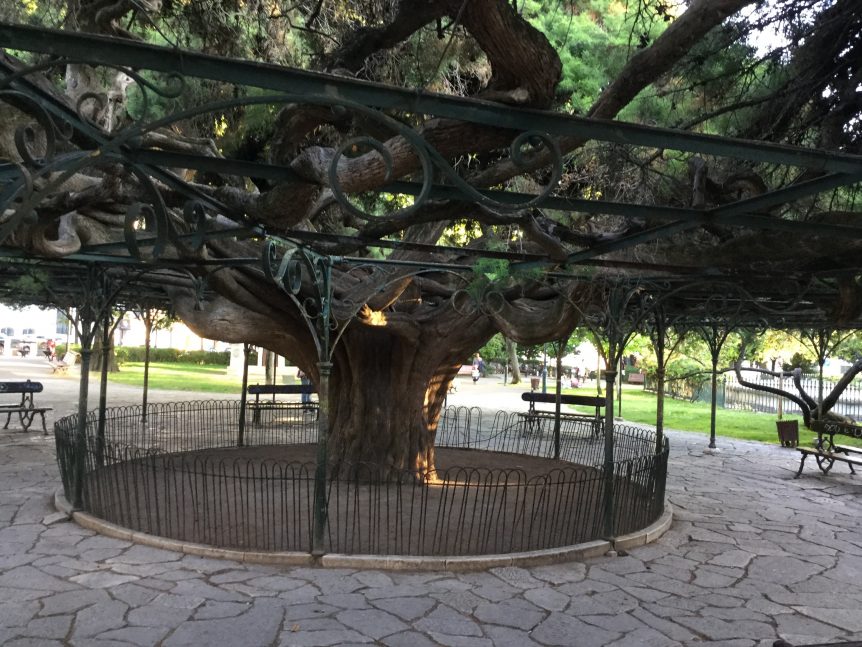 Apart from the incredible artistic energy I managed to get from the tour, one group of visitors really inspired me.  They were a group of 10, 5 year olds out on a day trip with their school.  They sat in a semi circle, school bags in front of them around an old master. As I walked past them, with my limited knowledge of Portuguese, I managed to pick out the teacher asking what they thought of the painting.  Walking away I heard a gaggle of squeals, laughter and passion coming from the little ones, a refreshing counter point to the ordinary quiet contemplation of the usual art gallery and museums I’d visited in the past.  Shouldn’t we all be this enthusiastic about our art? 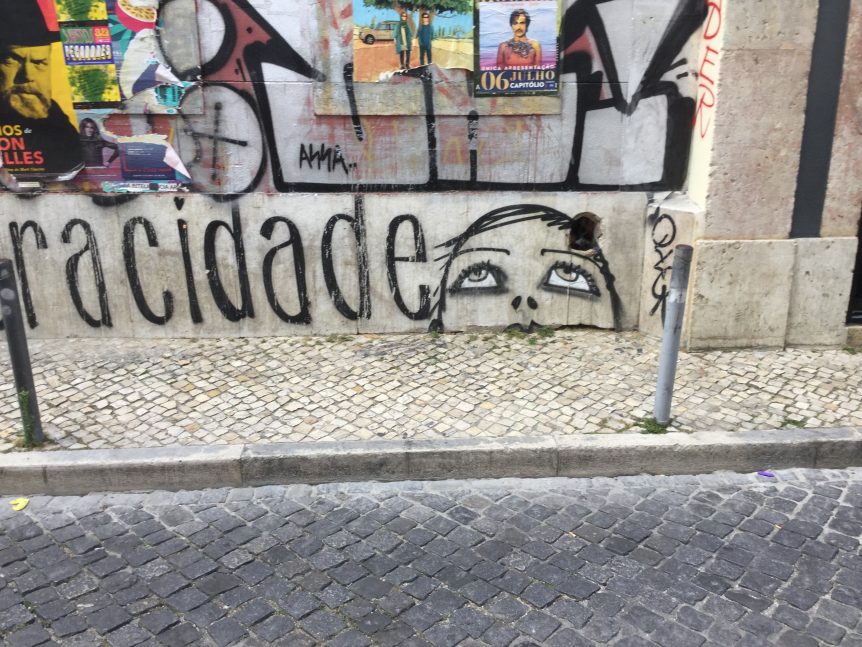 As this was a holiday, books were definitely on the menu.  Like most other people I tend to read different types of books depending on my mood.  In my back pack I had carefully placed both the new and the old.  New work in the form of Attrib and other Stories by Eley Williams. Older work was A Prayer For Owen Meany – this would be my fifth time reading this novel by John Irvine from 1989.

I often have a few books on the go at once and switched easily between these two on the move across Barrio Alto.  It was easy to find little parks all over the place and many had small kiosks to buy a snack and a cold beer. It was then a pleasure in finding a leafy shaded seat in the balmy 30° heat. I was a little taken aback at first by Williams’ first short story, but I eventually realised that this oblique look at life was about the difficulties in communication and how we articulate and sometimes ultimately fail to let people know what we are thinking and feeling. 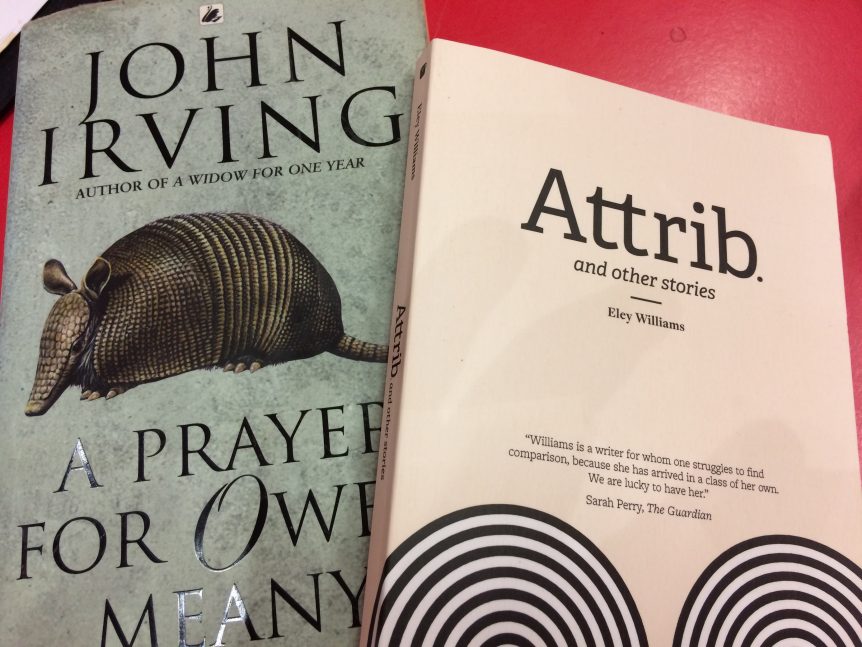 I work with a range of people some of whom have these issues and I found this was inspiring and insightful.  It was both stimulating and frustrating at the same time; a truly interesting read.

I never fail to be moved reading A Prayer For Owen Meany.  Even after 4 previous readings there was so much more to take in.  Subtle metaphors and themes run all the way through the book intersecting like tube lines on the underground.  It was only in this last read that I was beginning to decipher the true destinations for all these trains and their different stops.  I always remember before another read that I was initially never going to read this in the first place!

The opening premise on the back cover suggests,  ‘Eleven-year-old Owen Meany, playing in a little league baseball game in Gravesend, New Hampshire, hits a foul ball and kills his best friend’s Mother’.  Not the cheeriest of starts, but just like the Armadillo, a wonderful gift given to Johnny Wheelwright by Dan Needham, I was curious enough to open the front cover.

It’s a funny book though, I am always in a fit of giggles in the Nativity play chapters and Owen himself grows in the telling each time (read the book to get this pun).  At its heart though it’s about belief and believing and ultimately about redemption and heroism that will leave you in tears in the final chapter. I always leave the book like leaving a long lost friend to an airport wondering when I’ll see them again. I’ve become a nerdy Owen Meany evangelist. I can’t resist walking by a copy of the book in a charity or second hand shop without buying it to end up giving it away.

Serouosly… Radio 4, Andrew Hussey. The Upside of Anxiety.  I didn’t know it had upsides; it spawned extentialism, it brought us alongside this avant garde free Jazz and then later work of Samuel Beckett, in particular ‘Not I’.  Martial Arts expert Chris Crudelly also tell us that a little anxiety if we are faced with a real life fight or flight situation is really useful. It was interesting to discover that in trying to eradicate all anxiety some cults have indoctrinated individuals to become robots or zombies, take the heartbreaking example of Waco.

The programme did not shy away from the modern anxieties we all face from poverty to post-traumatic stress.  It dealt with all of these with consideration and feeling and was not tempted to over semi quasi antidotes but just laid out some of the facts.

For me it was the end of the programme that really spoke to me.  I’ve always suffered from stage nerves but have managed to get on with things. The programme talked about artists going through the same thing but going outside themselves, having a little time of mania to become the actor, singer, performer, musician or comedian to produce a show. Useful if it doesn’t take over your life; its finding that balance.

Finally, I along with two fellow musicians from Over The Hill Music Collective, Bernard Jackson and Liz Kelly just launched our album Kodachrome at Stendhal Festival. 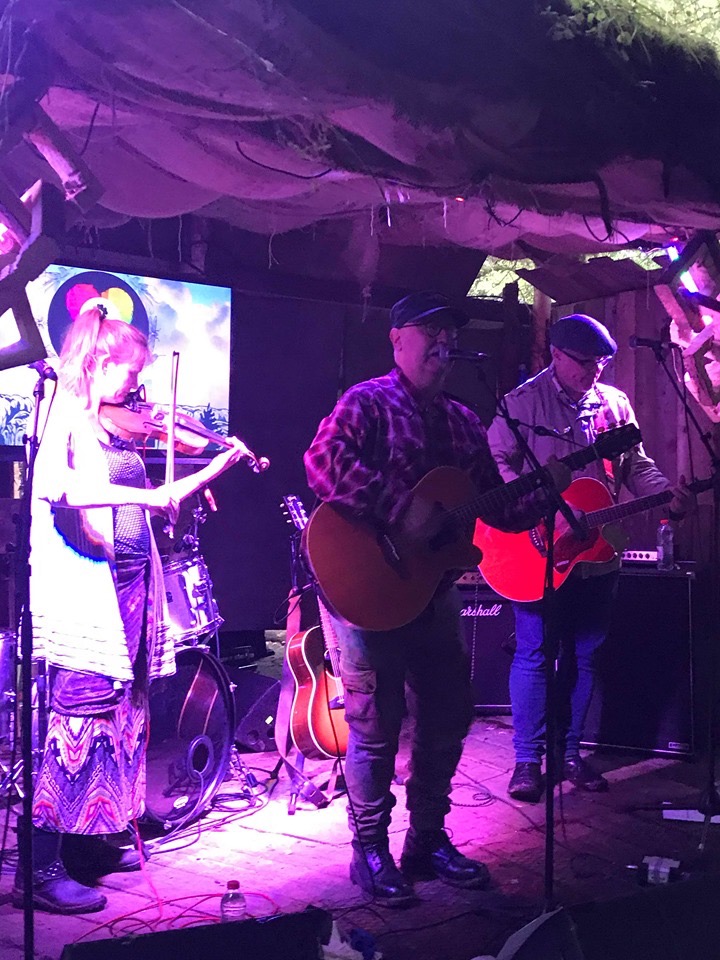 The festival is always a real family affair and a treat both to play at and see; if not a little muddy this year.  It was amazing to see so many people enjoying their music, and artists enjoying playing to them.

There’s nothing better to a musician than to have people dancing, applauding and enjoying your work.  I particularly relished some very young people bouncing along to our tunes they had just heard and one young lad jumping on the stage after one of our songs he really liked and telling us.

For me a Festival is a way of removing a lot of barriers, there was a real camaraderie right across the board and after finishing our set I was on the other side of the fence cheering on Alice La on the Oh Yeah Woodtown Stage.  If you want to be moved, transported and free yourself (temporarily at least) get yourself to a festival this year.”