As with any review, the summation is usually imbued with events of that week which occurred in the life of the recipient and the artist. It is the fusion of the two that generates the resultant reaction to a performance. In this case, I have to check a new concept I have been investigating, ‘Anitya‘, the Universal Truth of Impermanence*. In my view, The Darkling Air ably illustrate that this state of flux, hardly a state at all, or at least not one that is quantified or quantifiable over time, can be imagined through performance.

The Darkling Air are primarily a duo; Rachel McCarthy on vocals and guitar, and Michael Keeney on piano/keys. Their style could be filed under ‘experimental,’ but it is rooted in a classical style, I call it ‘thamping’, a juxtaposition of placing sad, emotive lyrics over the musical enunciation of mainly major piano chords. They also borrow from good old time waltz ‘grooves‘.

Rachel’s voice is commanding and modulated in a pleasant mid-range, but above all feminine.  She has the ability to multi-layer her voice, so that it swirls around the strings and back again. The lyrics tell of searching, yearning, loss; that even if you held it/him/her for a while, the loss is still there, maybe even compounded all the more by its inevitable absence. The Darkling Air are not a pessimistic band, perhaps atmospheric might be a more accurate description.

They were assisted, flawlessly, in this performance of their second studio album, ‘Ancestor‘ , by the Arco String Quartet.  I felt the rendition of what are mainly new songs from the album, were conveyed with the quality of the recording. Visuals were used to affirm, that even as we sat there, blood coursed around our bodies, elements of movement and watery depths suggested motion, but with no definable purpose. Life did not come with an instruction manual to deal with automatic surges, like grief, represented through the song “The Colour it Bleeds”. Drum sounds were introduced slowly, rising to the pace of a racing heartbeat.

The exception to the unpredictable current, was the subject of the seventh track, the “Octogenarian Mermaid”, a track based on a real person. She rode on the waves, safe in the knowledge she “could die tomorrow.” This theme continued, merging, submerging and back again.  Bending grass, how much more could it take before it would break?

Just as ‘the darkling air’ engulfs the daylight, we all experience the night that follows day.  Even the family we are given, who are meant to be holding the life-saving equipment, are sometimes the ones holding us under, the theme from “Storyline” a song from the album, “Untamed & Beloved” (2016), about sibling rivalry.  If a drop of goodness enters the pool, it is quickly dissipated.

In the definitive lovesong, ‘Old Romantic‘, a ‘happy song’, The Darkling Air get to go the ball, celebrate love, chance encounters and dancing the night away in uncharacteristic upbeat mood. As the album is played out, the crescendo leans towards confident fluidity with ‘Ancestor‘, the title track, pealing ‘could you feel the static when you held my neck’, the haziness of the bloodline handed down from time. The simple album artwork suggests we are just various shapes, patterns that quickly yield to the dark? 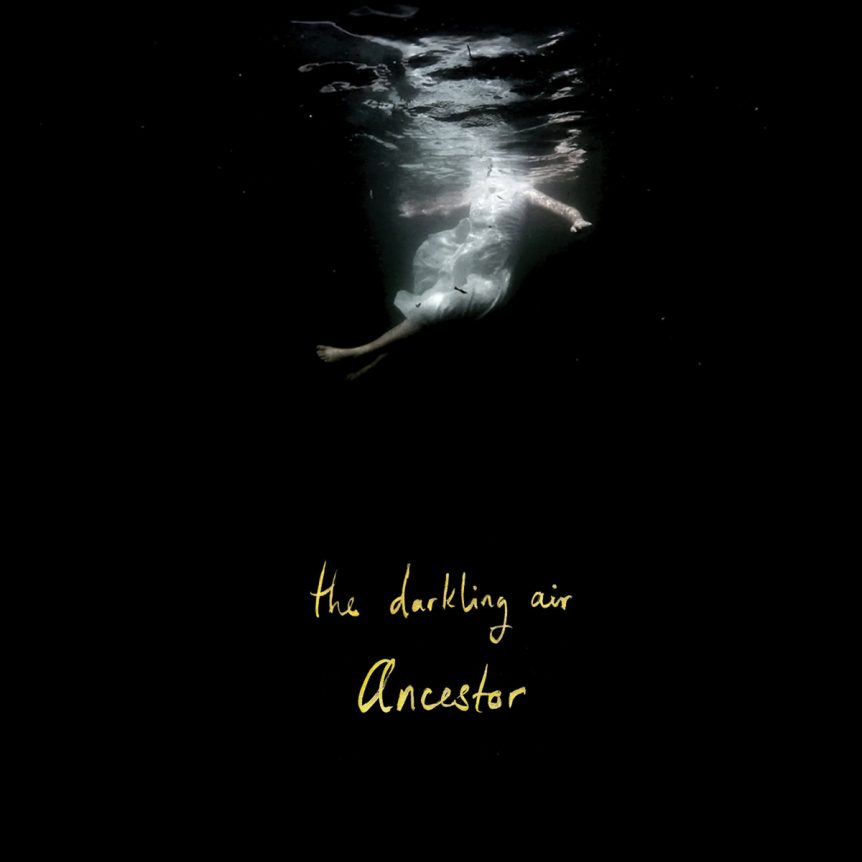 Perhaps the imprint of The Darkling Air is that music/art are the fixatives to take our lives captive for a time which is something we can never hope for from our circumstances.

*More information about the idea of Anitya can be found at the following link – encyclopediaofbuddhism.org/wiki/Anitya