How did you end up working with Community Arts Partnership?

I was living in Lugo in Spain, and my mum saw an advertisement where a local government body was looking to send people overseas to do internships. I had many doubts but decided to apply in the end. The choices were Florence, Belfast and Vienna, and I chose Belfast. I must admit I knew very little where I was going to. My choice was mostly based on the fact that it was the only ‘English speaking ‘option available.

First, the local government body approved my application, then they offered me a few places to work at and CAP was the place that seemed the best to me. I was looking for somewhere where I would be able to use my skills but I would also learn things as well. If I remember correctly I was in Paris and Conor Shields, CAP’s Chief Executive,  talked to me via Skype.

My skills were more in communications and in design, but my girlfriend was doing a fine arts degree and so through her I had an interest in the arts generally.

How did you go about learning about Community Arts?

When I started work at CAP I was reading all about the history of Community Arts in Northern Ireland and I was part of the communications team working on the Community Arts Weekly as it was then. It became The Weekly after I began working there and after I had worked there for a little while I had a chance to go out and see what CAP’s project co-ordinators were doing. I often went out to photograph events and record what happened at them.I was learning on the job about what Community Arts was in practise.

Did you work on any projects?

At the very beginning I went along to a TRASH Fashion Show and I was able to see the work that was undertaken by the organisation and the people who participated in that work. I could see directly the impact CAP was having with people from all sorts of backgrounds, particularly working with people with different levels of ability. Later on I worked with Carole Kane on a number of projects and that work had a big impact on me as well. 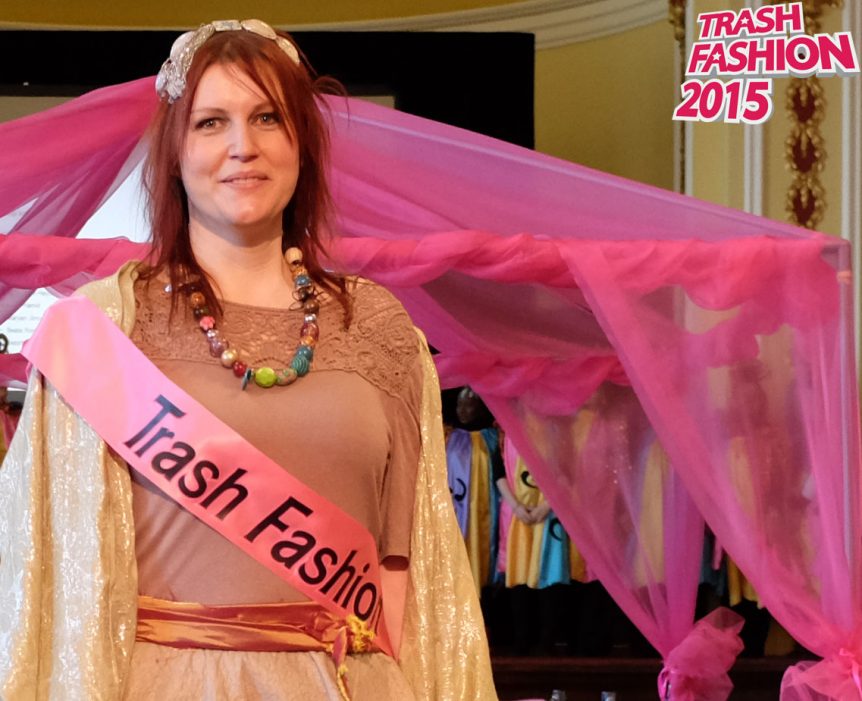 You are now living in Spain, what did return to do?

Because of the years I spent at CAP I returned to do a Master’s Degree in Cultural Services. I really enjoyed the work I was doing while I was at CAP and that lead me to look into furthering my education and developing my professional skills in that area.

I am amazed by that. Given the current funding situation, and I spent a fair bit of time looking into funding and the amount of the cuts that were being made over the years,  and beyond that, the small amounts that have gone to Community Arts, it really is something special that CAP has been able to maintain itself over 2 decades. I am very glad to be part of that history.