You come from a poetic household?

My Dad, Adrian Rice, was, and still is, a poet. He lives in America now; Hickory, North Carolina.

I grew up in Rathcoole until I was six, and then we moved to Islandmagee. There was a place called the Poet’s House, in Portmuck which is a little area just off the island, where there would be a summer school and very impressive, important, even very famous poets, would come there. They would conduct workshops and recite their work. Seamus Heaney, Tom Paulin, Paul Durcan, Michael Hoffman; and beyond them, singers and writers visited my house or I saw them at Portmuck. Many of them used to stay at our house.

Were you an artistic child?

As a child I would paint and write and do bits and pieces.

Did you start writing from an early age?

Not in earnest, at least. It wasn’t until I visited an exhibition with my Dad, a Yeats exhibition in Dublin in 2006, and I saw all the drafts, all the revisions, the handwritten paper copies of great poems and I thought, I could do that. This work wasn’t just fully formed; this person was human and they had to work at it. Then I went to Rome with my mum and my sisters. That trip added something, and I started writing in earnest straight after that. I was writing poems from then on.I had written short stories before, but poetry got its hooks in to me at that point. 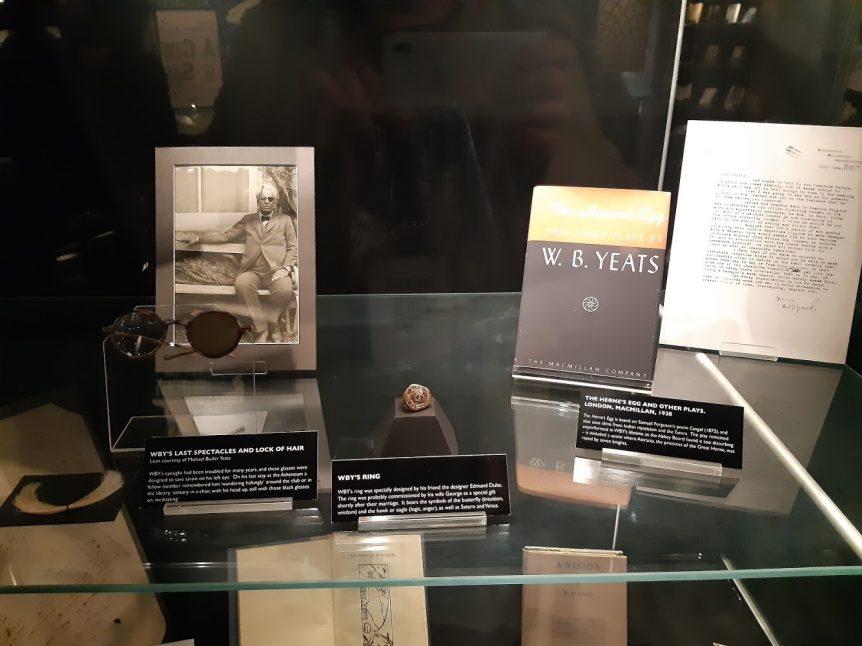 You have done quite well as a poet?

I was runner up in the Seamus Heaney Award for New Writing in 2017, and I was selected for the Poetry Ireland Introduction Series in the same year. Just to add to that, I was included in the best new British and Irish Poets anthology for that year.

How have you developed your technique?

I haven’t ever really been ‘taught’ in a traditional sense; I haven’t attended classes or writing groups. The only real education I have, other than autodidactically, is when I took a workshop with Collette Bryce at the Poetry Ireland Introduction Series. I do have a very good guide to bounce things off in my Dad, and my poet friends, but I do think that I work on instinct generally.

Do you worry about form or technique?

I think that content matters more than anything else. I really wouldn’t know what the form of a poem is going to be until I have worked on some of the lines for a little while.

I think I would look at someone like Paul Muldoon, whose approach is “a line is as long as it needs to be”, and that would be my approach. I do work away at the form but I don’t obsess about that. I will go through the words that I have used, I will test out words and lines but by and large I let instinct guide me

To me the crucial thing is subtlety. It is the nuances, the hints, the references that bring something to life. That is the kind of poetry that I love and that is what I look to offer in my writing.

His careful, intimate hands
cupped like a pilgrim,
the man with the big smile,
carrying sweets for the children.

‘They were trees, and trees don’t weep or ache or shout.
And trees are all this poem is about.’ –
from ‘Two Trees’ by Don Paterson

What direction
that trio of brown hares took,
spirit-bounding across my sight,
has nothing so much to do with omen
as with any Boudica style tit for tat.
They disappeared around the cafe corner:
into mystery, perhaps,
but still wholly in the world –
and that was that.

Would you have clear influences?

For my work I am for making sure that I work with clarity; that everything in the poem works to maintain the central argument or the theme that I am looking at. I work on the words, on the rhythms and I want, within the work, to have elements where the reader will need to work at the references and how they fit together. Now it is important to say that I am not doing that just for the sake of it. If the poem warrants historical references, then I work on that element of the piece.

Do you have a collection?