Caitlin, can you explain how NI Unplugged came about?

My band, No Matter, was asked to submit an acoustic version of one of our songs for a charity punk album being created by a Scottish label. We would normally play fast energetic melodic pop/skate punk so it was new territory for us, but we thought it was a great idea during the quarantine. We only have one member who owns an acoustic instrument but with studio time, a photo-shoot, a video shoot, a UK tour, several gigs, and an Irish, N.Irish, and UK festival all cancelled we were happy to get involved in anything creative. But, I also knew there were plenty of others in the same position as my band, or worse, and that an acoustic album was an achievable idea, but being stripped back versions of original tracks meant it surely didn’t have to just be one genre. And so the idea for NI Unplugged was quickly born. 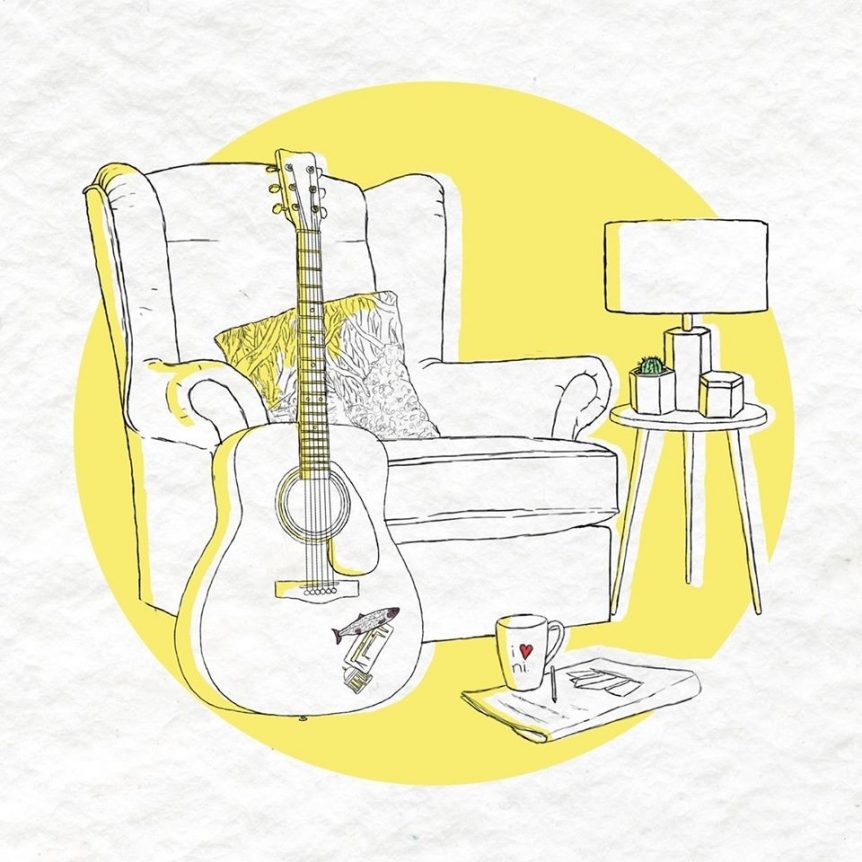 What has been the response to the album so far, especially as a mixed genre work?

The response so far has been incredible. With it being created and completed in under 4 weeks I think it took a lot of people by surprise. That such a large collection of local artists could produce a fundraising album whilst all stuck in Lockdown in that timeframe I feel really highlights the generosity and creative talent in Northern Ireland at the moment.

The mixed genres and the wide age ranges of the artists seems to have caused more interest than if it was one select style as it has provided many listeners, and other bands, the opportunity to discover local musicians they may not have encountered otherwise. Edwin McFee ( a local music critic) described it as “an album that anyone with even a shred of interest in home-grown artists should purchase pronto” and that’s high praise for everyone involved!

What lessons have you learned about music project management and would you do anything differently next time around?

In my own band, I would organise all our releases, tours, artwork, networking, etc so the project didn’t seem daunting at first. However, I’m a bass player in a pop-punk band that few have heard of locally. We are lucky to have a fanbase, but they’re mainly elsewhere in Europe, so when I first started contacting other musicians I was expecting a lot to not respond. I presumed most would not take a chance on a project that had just been created by someone they didn’t know and that if I was very lucky, it might be an album of maybe 20 artists max. Instead, I found so many friendly locals excited to take part that I really never should have doubted creating the project.

Reaching out to Rocky O’Reilly was one of the best decisions I made once I found myself with so many tracks but with no experience in mastering myself. Time management is always a major factor in all work, but I did totally underestimate the amount needed for admin with so many musicians and all the extras like having to chase up missing information, etc whilst still working in a chemist during the day. If there was to be a next time it’d definitely be wise to get more help rather than organise and design it all myself!

Any particular difficulties occurred getting the album out there due to Lockdown?

The biggest difficulty I think is that during this time a lot of companies, bands, and people are raising funds for lots of worthwhile causes and also many people are worried about their job security after the Lockdown if they aren’t already finding themselves in a position they weren’t only a few months back. This is one of the reasons why Bandcamp was chosen as the platform to sell the album through. All 51 tracks can be purchased and downloaded for £7 +vat, but it allows those who can, to donate more to the charity when purchasing if they have the means to. The album is also available to be listened to online for free, so no one is excluded from enjoying the local music on offer.

Have there been any benefits, spin offs or surprising results from project in terms of networking/creativity?

The biggest surprise for me was how many musicians were able to produce great sounding tracks all from their own homes, especially those that were able to do tracks with multiple members performing all whilst following the government health and safety guidelines! Many have said future shows when venues are functional again would be great to continue the network that’s been formed through the album.

Finally, what are the best ways to support the album?

The album is available on Bandcamp, but donations can be made directly to Help Musicians NI and all funds raised in Northern Ireland, stay within Northern Ireland. They help so many local projects at the best of times, but now they are needed more than ever as the music industry is going to suffer immensely from COVID 19 for a long time to come.