The poet Anesu Mtowa is one of our most exciting young voices. She was born in 2003 in Northern Ireland; her parents are African, and her origins and experiences as an activist have influenced her writing.

Anesu explains that a recent poem, written for Black History Month, “came from a place of pure rage and exhaustion.”

“As a minority growing up in Northern Ireland, I have always been the one expected to explain race to people. If someone says something racist, I am expected as a black person to call that person out and then have a long discussion with them about their actions. It gets tiring. Especially when you are doing it from a young age and looking around at the world and nothing seems to be changing. It’s really a poem explaining how painful it is to be black in a world full of systems designed to destroy you, and it asks the question, how much more do I need to do for things to change?” 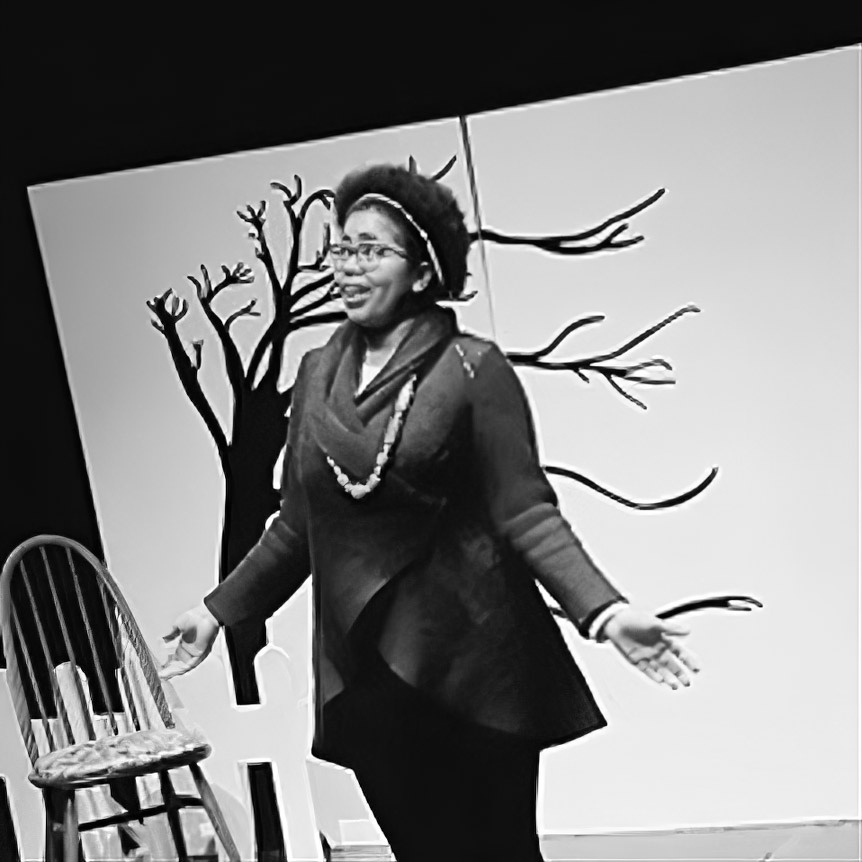 You Do Not Believe Me

You do not believe me
when I say that I hold the weight of every black body on my back;
water-logged corpses and shattered bone.

I have shown them to you before, hidden under the shadow of my smile.
You say you can’t see them;

I have spent so long engulfed by the waves of history,
sometimes I forget
that it wasn’t my sin that set off the flood.
I don’t need you to save me,
but at least don’t watch me drown.

I envy your ignorance, I crave your bliss,
all while knowing that to turn my back to truth would be to have it impaled.
I have been bleeding trauma for centuries.

You never told me that we were playing a game of hide and seek;
all this time I’ve been searching, not even knowing that the prize was something stolen.
I am yet to win back my dignity.

I am slowly learning that it is impossible to decolonise a soul,
I cannot reverse this genocide of self-hatred you started in me.
There will be no resurrection.

How powerful you must feel;
to pull of the greatest heist of all time.

To steal an entire people from themselves
and walk away, flicking the blood from your hands.

I never seem to believe myself when I sing of freedom.
I was born into a chorus of voices,
straining for the sweet liberation lullaby,
reaching for that lucid dream for so long

I have grown tired.
Now I just want to rest.

I simply have no wish to change the world.
I cannot fight these battles anymore,
we both know who’s going to win the war. My weapons are blunt,
my army is slaughtered, my allies are unseen.

Accept my scars as surrender,
I have nothing white to give.

I do not want victory,
you refuse to give me peace.
So I am left with nothing.

I see your hands, hidden behind your back so you don’t have to look,
Look!

You hold everything,
But I guess you still can not see it.
How privileged you are to be so blind.

Thanks, Anesu, for sharing these powerful words. I was wondering what made you start writing. Can you tell me when you wrote your first poem, and also when you first realised that you were a poet?

I wrote my first poem nearly three years ago on the bus going to school. I wrote it for Black Lives Matter at the organisation I’m in so I didn’t really consider myself to be a poet. It wasn’t until later when I kind of just kept writing that I thought, ‘I guess I’m a poet now’

Can you tell us something about your writing process?

My writing is really sporadic. Normally, I have to carry a pen and notebook with me everywhere I’m going because I’ll hear something that just starts the cogs in my head. It’s usually that a sentence will pop into my head and I’ll build around that. Depending on the poem it can be finished in one sitting or it can take months of me leaving it and coming back to switch around sentences before I’m happy. My poem ‘You Do Not Believe Me’ was written in one go, with almost no changes. Normally when I’m really emotional it is written faster and more clearly.

Has the COVID19 situation affected your writing?

Yes, absolutely. I haven’t written anything new, but it has given me the chance to go through old notebooks and salvage poems that never were. I’d say I have completed maybe three or four poems that having been sitting around for a while.

Looking back at your poems, is there a common theme running through them? And a specific style as well?

There’s definitely a common theme in all my poems, which is really just parts of myself. Some are specifically about my blackness, others about my African-ness or my “womanhood,” if you could call it that. My poems vary a lot in style.

Can you tell me about the writers whose work you enjoy, and those who have influenced your writing?

I definitely make an effort to surround myself with other black writers. When I first started writing, I was heavily inspired by Slam poetry. I had a folder saved on YouTube of maybe a hundred videos, and the poets were writing about similar things. That remains my favourite type of poetry, and I think in my longer poems I model my writing after that. In more traditional writing, I love the work of Ntozake Shange and Toni Morrison

Do you belong to a writing group? Have you attended any writing workshops, and if so, how useful have you found them?

I didn’t belong to any writing group before, but I recently joined Women Aloud NI, and that’s a very exciting opportunity, because there are so many wonderful women in that group. Funnily enough, the most useful writing workshops I’ve been in were at Community Arts Partnership, and a lot of the poems I’ve written were written during or just after a workshop. I think that being around other poets and hearing feedback is really important.