Would you have people in mind who have influenced your writing?

It is an interesting question. When you asked me I found that being put on the spot nothing came immediately to mind. I don’t really walk around with a list of people who would have influenced the work that I do. Of course I do think that you cannot help being influenced by work that you have listened to or watched or by people who have inspired you in some way.

The one person I can point to is Hanif Kureishi, the British Pakistani author. When I was growing up his was, to me, the first face that looked like my father’s who was taken seriously as an author. He wrote a book called “The Buddha of Suburbia” and the book describes a mixed race experience through a middle class family living in London. And that allowed me to have a frame of reference for my own life living in Northern Ireland. In fact his material was about things that I hadn’t seen anywhere else other than my own life. It was a thunderbolt to me at the time and Hanif Kureishi was a big Bowie fan which helped me to connect with him even further.  At the time he was writing he was a very exciting author.

Now he did go on to support a political approach which I wouldn’t have supported, he was a bit of a New Labour darling at one point, nevertheless he influenced my way of thinking about writing. He kick-started my process of being able to write about my life as a narrative as pertinent and as important as any other narrative.

Would anyone else come to mind?

His theoretical work was very useful for me, and his writing was extremely engaging and he wasn’t removed from the subject matter. He was Palestinian, so even further than the writing, people like this became a touchstone for me. My identity, as a mixed race child living in Belfast, was legitimized.

I think you have to factor in that living in Belfast, the idea that there would be people like me who were articulate, intelligent, and that possibility existed, meant that was inspirational for me.

When you started writing for public performance, did you have an aim or an approach that guided your work?

I am primarily a writer. I’m loathe to say that I am a performer although I do perform material for the public, but if I was being totally honest that is secondary to my writing.

Initially I was simply trying to get my words out, get them out as they were important to me and my thoughts, but I was also trying to ensure that the words could be performed as well. I thought, and this was especially important when I wrote my play, Fake ID, that getting the words, the sense of character was very important. I needed the material to have a certain amount of theatricality as well.

You performed Fake ID yourself. Was that your intention when you were writing it?

Actually, I was thinking about getting an actor to do it but the more I thought about it, the more I delved into the writing, shaping the narrative, it seemed better for me to do it. It would have required a lot from an actor to try and shape my voice, and this particular play was my voice, for the stage and beyond that, it might have made that particular piece of writing overly dramatized. I did think that a fair bit of the story would have been lost if I handed it over to someone else so I am very glad that I did it that way.

You have written work for other people to perform?

As I said, I am not an actor. I can do it, I can perform, when it is needed, but I am really not an actor. I have written work for theatre and so that made sense to pass the work over to actors and work with them to translate the words for the stage. Fake ID was my voice. The central character was actually me. Other material I’ve written is me writing characters and therefore there is a scope for interpretation.

Do you find the question of racism is an issue you need to confront in your writing?

As I get older, more and more, I find that I can’t ignore it. My experiences coming from a mixed race family, in this corner of the world, which is both sectarianism and racist, has also institutional racism, means that I have a unique perspective with which to approach those issues, because I have experienced them. I used to be very wary about these issues because I had an attitude which was that colour is irrelevant or it should be irrelevant. But that simply doesn’t hold.

Most striking recently was the Black Lives Matter protest in Belfast where the police issued fines to protesters where they hadn’t issued fines to other social gatherings which had broken the Covid 19 guidelines. And that is a message, an institutionally racist message, that the colour of your skin determines how you are treated in Northern Ireland and elsewhere. 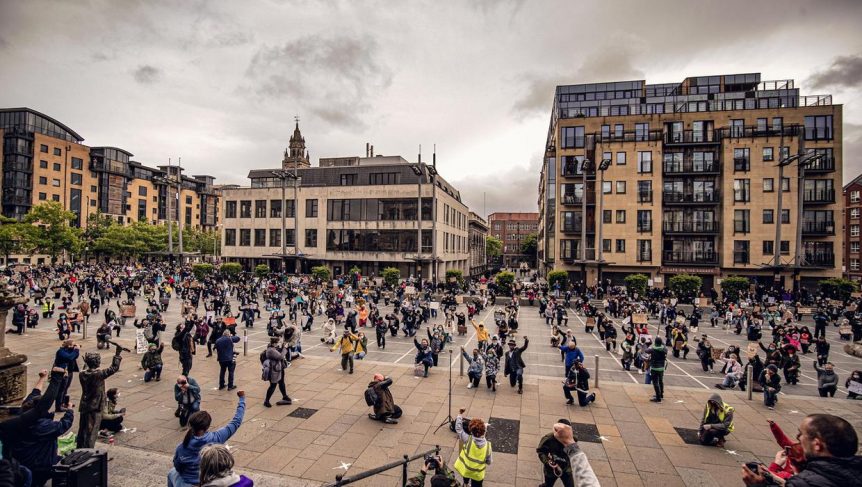 You feel more inclined to tackle the question of racism as you get older?

Yes. It is true that when you are young there is a certain feeling of invincibility, a youthful energy and even anger which makes you approach certain questions in a particular way. But there is also elements of worrying about what people think about you and how you are seen. There is pressure to fit in.

As I get older, and as that youthful vigour diminishes, another kind of freedom emerges, the freedom of being prepared to take on those who propagate racist ideas. It isn’t the only thing I do, or the only issue I concentrate on, or write about, but certainly I feel much more inclined to not let anything slide.

Do you feel the situation now is better than it was, with regards racism and racist ideas, when you were growing up?

It is a flat unambiguous no. In my view it is far worse from what I can see. There is a societal façade by many people, by groups and by organisations, that sort of held people in check for a while but that mask has slipped. It has slipped because of attitudes towards immigration, it has slipped because of some of the arguments around Brexit, and in my view people with racist attitudes seem much freer to express their hatred than they did before. 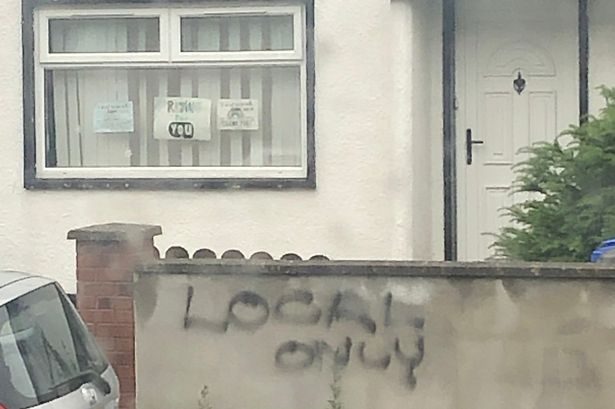 I do think that built into the DNA of Northern Ireland has been a distrust of outsiders and this is especially the case if those outsiders are brown or black and seeking asylum.

I think there is a boldness about racism locally and while it might have been quietened for a little while, for me it doesn’t feel like that now and especially now that the economy is not going so well. I see an emboldenment of some people with substantial social media platforms which is extremely worrying because they are able to propagate particularly noxious ideas and get a hearing. That really worries me.

Will this situation figure in your writing?

I have been emboldened myself to take on these questions so I would expect that somewhere in my writing these issues will be addressed.

I am working on a new piece of writing at the moment provisionally titled “5 days in Pakistan”. This is about the 5 days I spent with my family in Pakistan searching for my father’s grave and settling his affairs. We were 5 westernised sore thumbs in a country that didn’t recognise us and we didn’t recognise much about that country. It was a surreal experience.

I am hoping to address questions like partition and empire and the ideas which flow from that in this work. And this will very consciously look at ideas of migration and immigration and “the other”. We were “the other” in Pakistan and that was an extremely interesting experience. I should say though that I wouldn’t write a polemic about how terrible racism is. That isn’t really the way I approach my writing. I will have a much more theatrical approach to my writing.

What about developing an audience for your work?

I write for myself and I am glad that an audience gets to see my work but I am not really interested in travelling from theatre to theatre or reworking what I do to fit neatly for a more mainstream audience. People did ask me why I didn’t do that with Fake ID but it just wasn’t the approach I wanted to adopt.

I do think given the present situation there might be opportunities that really weren’t there before for people like me but I pretty much have settled on what I am trying to do with my writing and if that attracts an audience, if people get to see it, then that is a good thing.

I should say that writers, any artist, are buffeted by the cultural winds, and so you are never quite sure what will work at any given moment. Perhaps because of Black Lives Matter there will be more of an opening for developing an audience for issue based material.

The bigger question might be, can people of colour scale a summit and plant a flag or when the tailwind of the movement subsides will be back to square one. Regardless of what the outcome is I expect to continue expressing my ideas through my writing.