Could you tell us a little bit about the history of Smashing Times?

Smashing Times was set up in 1991 by a group of women artists who met at the Focus Theatre in Dublin. The Focus Theatre was run by a woman called Deirdre O’Connell who was an extraordinary artist, and I always mention her because we were very lucky to have had the opportunity to work with Deirdre. She was an Irish American, born in the Bronx in New York, and she trained with Lee Strasberg at the Lee Strasberg Studio. Her fellow artists were  Marlon Brando and Marilyn Monroe and at one point her roommate was Barbara Streisand.

Deirdre was destined to have a wonderful career in acting but she always said she had a vision to come to Ireland to work with Irish actors. Her aim was to pass on what she saw as the ‘Eastern’ version of the Stanislavski system of actor training. Constantine Stanislavski had set up the Moscow Art Theatre with Nemirovich Danchenko and was referred to as the founding father of ‘actor training’. Deirdre came to Ireland, she met Luke Kelly from the Dubliners and they married, and she set up the Focus Theatre in Dublin alongside theatre practitioners including Declan and Mary Elizabeth Burke-Kennedy, Oscar winner Joan Bergin, actors Tom Hickey and Sabina Coyne Higgins, the latter a patron of Smashing Times.

The Focus Theatre was an extraordinary place. Deidre trained theatre artists in the Stanislavski system and the theatre presented unique plays normally not be seen in Ireland. I joined the Focus Theatre in the late 1980’s and I trained with Deirdre. She became my mentor and my friend. She taught me a lot of what I know about theatre.  Stanislavski had a focus on the creative role of the actor, on the ensemble, and on a sense of truth in performance, and in my own work I endeavour to create that sense of truth combined with depth and intensity, within an ensemble structure.  Similar to Focus, I view theatre as a vocation and the professionalism promoted at Focus has influenced my own work in terms of providing the confidence and skills to create original work as a writer and director. 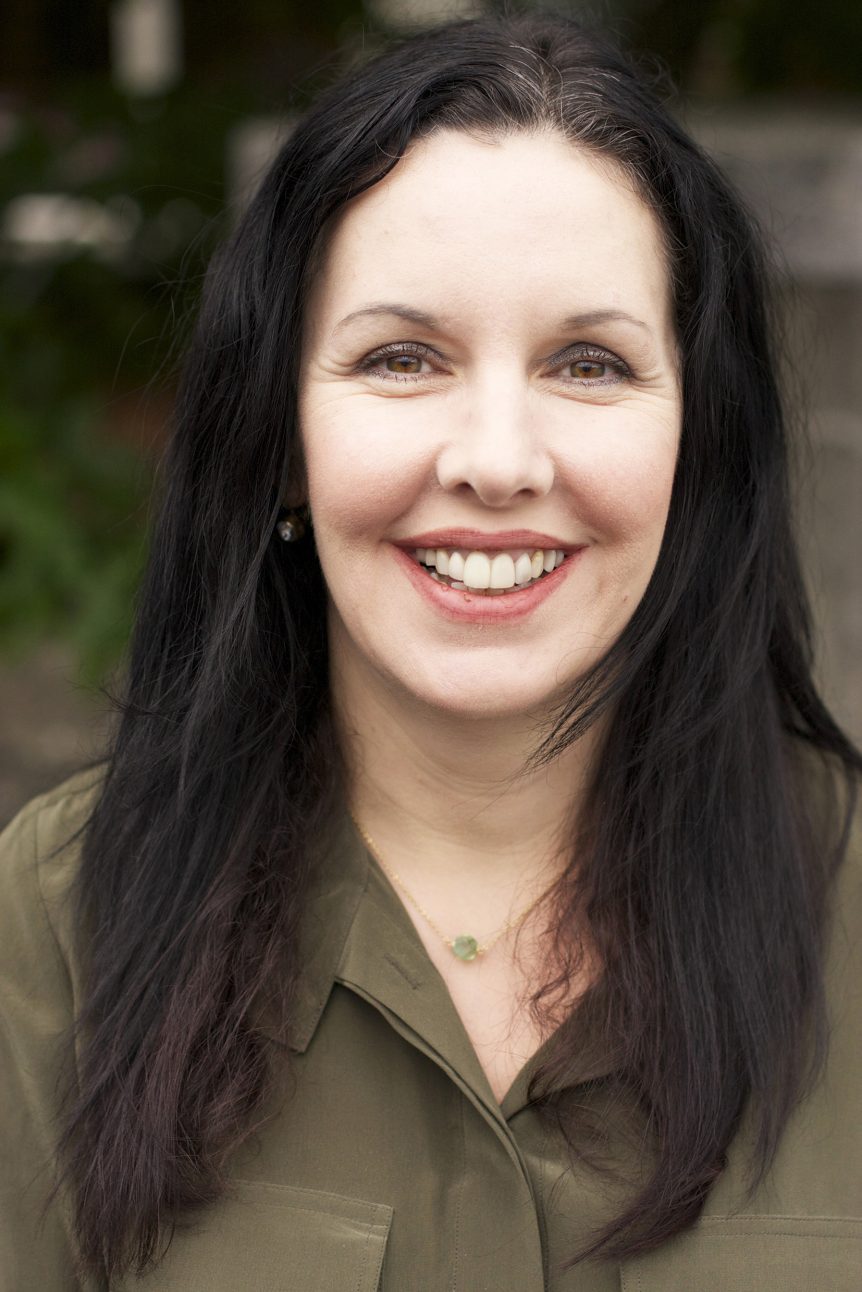 And you go on to be part of creating Smashing Times?

At that time, 1991, we were working professionally in theatre but many of us felt that there was an element of elitism in the arts.  There was lack of diversity and limited access to the arts for people from a working class background. I can remember being given elocution lessons to ‘improve’ the way I spoke rather than having access to the arts in a way that was collaborative and participative. I initially found that at Focus.

Then, a group of artists at Focus got together and we wanted to take what we were learning and developing out into local communities. So we toured our theatre productions out to places like Coolock, Tallaght and Ballymun. We would put on plays in these local communities, and then have a discussion after the play was finished and those discussions became so animated that we started to design workshops enabling people we were performing to, to make theatre themselves.

We were producing work for and by women artists as well as challenging the elitism that existed in theatre at that time, by bringing theatre out of the traditional theatre space and into the wider community.  We were performing work by Dario Fo and Franca Rame and similar playwrights. It was very much around issues that were relevant to people’s lives. I can remember working on ‘The Mother’ by Dario Fo whereby a mother discovers her son has become involved in armed struggle and has been branded a terrorist, and we adapted that piece for a Northern Irish context. It was very much about the human experience, the emotional impact on the mother when her son is involved in an act of violence and has been arrested. It had a powerful impact and was connected to our own world experience.

Smashing Times was working away in Dublin and in Northern Ireland where we were using the arts to promote peace building and  reconciliation, developing workshops to bring people from different communities together. The peacebuilding work became a central focus of the company’s work. Because of our experience and expertise in using the arts to promote peacebuilding, we were invited to travel to Europe and work with different organisations and people experiencing a history of conflict.

You worked in Northern Ireland and European areas which experienced conflict?

Yes. We did that before and after the ceasefires in Northern Ireland. When we went to Europe, we worked with organisations in Serbia and Croatia including Dah Theatre who were using the arts in a post-conflict environment. We also worked using the arts in relation to issues of immigration and the refugee crisis. We are continuing that work today.

What other developments took place?

In 2018 we started to look at using film in our work and also digital technology and in 2019 we set up the Smashing Times International Centre for the Arts and Equality and that incorporates out professional theatre and film work and our youth arts ensemble.

What brought that about?

We found over the years that we were being approached by different artists and organisations to discuss how the arts can be used to promote human rights. We were creating issue-based workshops, original performances and post-show discussions as well as being asked to provide advice, training and mentoring related to the arts, human rights, equality and diversity as well as using the arts to bring different artists and communities together. So we set about formalising that approach, how the arts and human rights can be connected, by setting up the Smashing Times International Centre and beyond that an annual arts and human rights festival. That is pretty much where we are today. The centre operates as a world class arts space and digital hub for artists, citizens, communities and the general public across Ireland, Northern Ireland and internationally, providing a resource service, training and a membership and networking agency in relation to using high quality creative processes, collaborative arts practice, research and new digital technologies to promote equality and human rights for all. 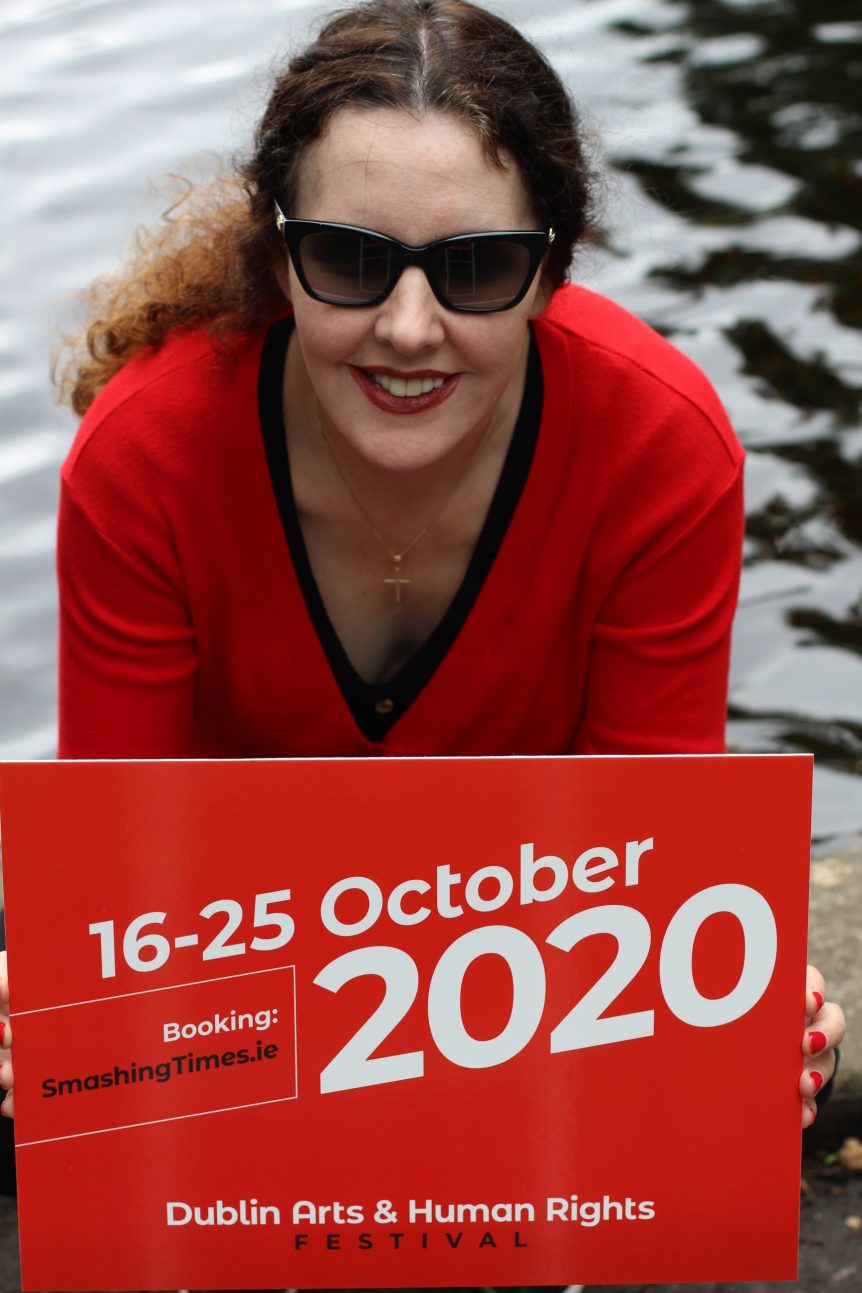 Projects include Comet Lines: Freedom Trails of Europe,  a  yearlong transnational project with four European partners from Ireland, Spain, Belgium and Poland using creative processes of theatre workshops, performances, film and new digital technologies to promote a remembrance of European history with a focus on key ‘Escape Lines’ that existed across Europe during  WWII.  Women, War and Peace was a unique project that resulted in the creation of an original theatre performance of The Woman is Present: Women’s Stories of WWII; a short film Tell Them Our Names distributed internationally and screened at the Kerry Film Festival and London Eye International Film Festival; and the creation of a Women War and Peace book with a foreword by Marian Harkin, MEP. 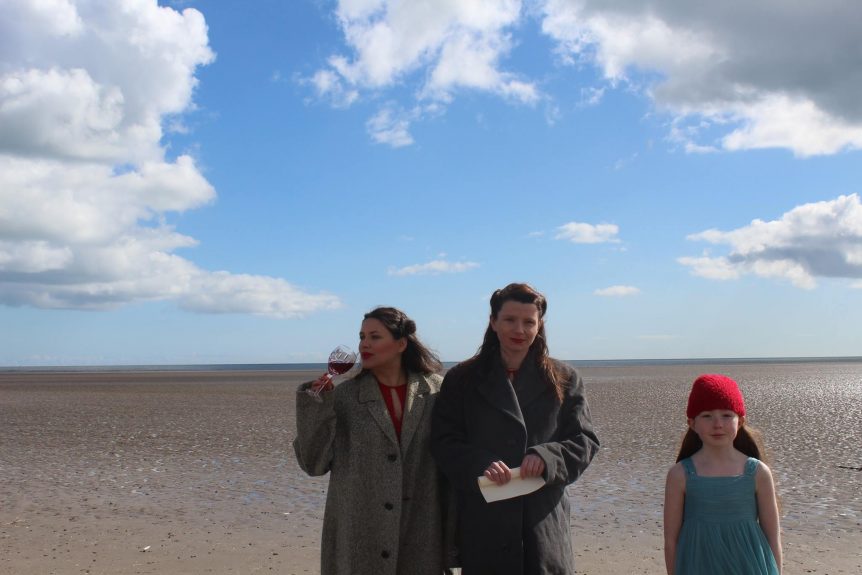 “Tell them our names”

The book is available on-line and contains 23 women’s stories highlighting women’s experiences during WWII and ways to promote human rights, gender equality and peace today. A current project is Artists Against Fascism which has resulted in a film Humanity In the Ruins to be screened at this year’s Dublin Arts and Human Rights festival running from the 16th to the 25th October online.

To this day we have a passion for using the arts to promote human rights.There are many overlaps and commonalities between the arts and human rights.  Both are concerned with exploring the world we live in,  questioning identities, looking at human relationships and human dignity. By highlighting hidden, invisible or forgotten stories, we can bear witness and provide alternative narratives and perspectives. The arts and human rights are both concerned with the idea of transformation, with a view to creating new visions for the future. 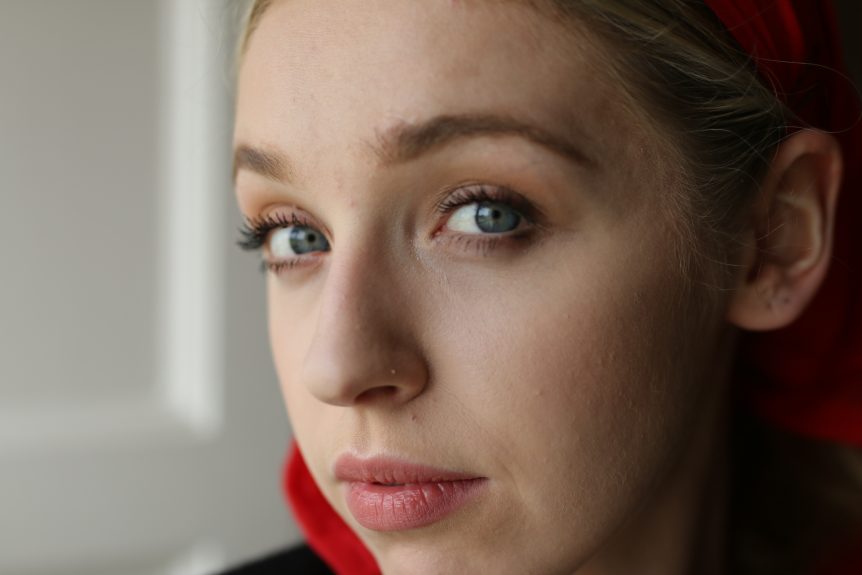 Carla Ryan in “Humanity in the Ruins”,  a film by Mary Moynihan for the 2020 Dublin Arts and Human Rights festival 16-25 Oct