CAP: Pamela, it’s apparent from the comments from the reports and from what you have told us that it’s important to you to make your students members of a writing community. Can you say more about that?

PB: Yes,  we work together as a community, and we do a lot of projects.  I think it’s really important that we work on projects, so you don’t just write a random poem and it goes in a drawer.  It’s about the group feeling that the work belongs together. It’s also important for people to build up their skills. There’s always something we’re working towards: if you have a prisoner who’s good at PowerPoint or formatting or proof-reading or even someone who can type things up – there’s always an opportunity to build your work dynamic.

Any way you can put the work out there is important.  The Prison Service and Andrea in the library in Magilligan do yearly exhibitions with the library services, so we were able to have some work in Portstewart Library and Limavady Library over the years. That’s something you miss during COVID. 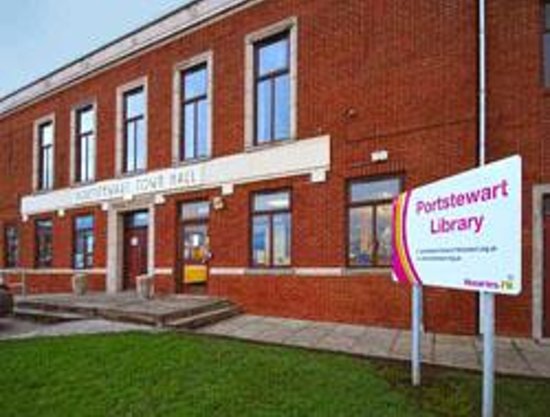 CAP: We believe that you are continuing with your classes during COVID via Zoom. Can you explain how this came about?

PB: We had to stop face to face classes on the 20th of March just before lockdown.  The concept of lockdown in a prison is ironic in itself!

As soon as lockdown happened, PAF sent all the writers a writing pack to keep them going, with a pen, a writing pad and a dictionary. I insisted on a dictionary,  because I know dictionaries in my classroom always go missing!  They are really popular. The guys don’t have access to the computers for editing. I find remote teaching a little frustrating because teaching needs to be tangible in the prison setting. I know some of my colleagues feel the same.

It took a few weeks for the Zoom classes to be set up – we went back in May.  Before this happened I sent a writing resource in each week, and continue to do so.  A colleague from the education department prints it out and sent it to the prisoners. Sometimes they put their writing into a pigeonhole, and it was sent to me so I can write some feedback on it or type it up to keep it on file for the OCN portfolios.

What was interesting with Magilligan was as soon as lockdown started, they engaged really quickly with Zoom. The Personal Development Unit realised the impact on mental health of visits being stopped. They set up Zoom visits; it’s not ideal, but some prisoners said that it helped them to see relatives who lived in other countries and who they hadn’t been able to see before.

CAP: Can you tell us about how COVID has affected the writing classes in Magilligan?

PB:  I’m doing two classes a week now instead of the four and a half days. The numbers of students are lower. Fred would have told you that some people were released early due to COVID-19.  The numbers in the Zoom classes are also lower because people from different wings can’t go into a Zoom class together.  And some of the more vulnerable students can’t take part in classes. But you would always have at least 4, which is fine, and then I can get some scans of work from other people who couldn’t go to the zoom classes for whatever reasons. I write comments on these and this is sent back to the writers.  We try to keep as many people involved in writing as possible.

There was a writing competition with the theme of ‘Lockdown’ in Magilligan, which was supportive but not all the writers submitted, because they didn’t feel confident without the face to face. 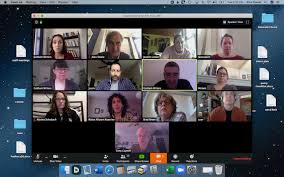 CAP: What are the challenges for you and your students, now that classes aren’t happening face to face?

Because of lockdown, you have some prisoners in different rooms in the PDU, so they can’t peer support each other in some ways. That’s been a big part of the classes up to now, as I’ve said.

It’s great that we can do classes by Zoom, but there are drawbacks. You know your students, and you know that because you’re not working face to face, the longer lockdown goes on, you know there’s a lot not being said or written, and a lot of potential on hold. You know when you are in a university and you are teaching a class online, those students have a laptop and textbooks but my students, they go back to a prison cell where there are no resources whatsoever – at least the library is still doing a delivery service. But resources are limited.

CAP: Are you doing any other classes for PAF on Zoom?

PB: Yes, with two people in a community setting, who participated in the mentoring programme when it was running. We are working together as a group of writers- I am writing with them as well. It’s going very well.

CAP: I believe you have had another success during COVID: the broadcasting of poems by the Magilligan writers as part of the John Hewitt Digital Literary Festival in August. 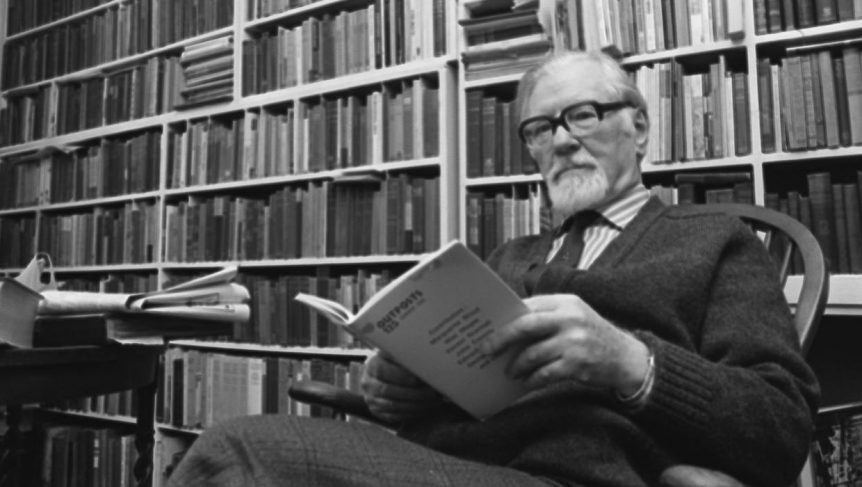 PB: Yes, that was very exciting.  It was a great example of what we could do even through lockdown.

CAP: How did this event come about?

PB: It was a team effort, between prisoners, prison staff and Prison Arts Foundation.

We chose twelve poems from a book we put together with the Magilligan writers in 2019. It was called Going Equipped with a Pen. The poems which were to be broadcast had to be approved by the prison; we had poems which were more challenging in content, and we didn’t use those. It wasn’t a matter of censorship, but awareness of issues around prisoners, and sensitivity to victims as well. I chose some which would be more ‘media-friendly’.  I also wanted poems which varied in style and structure.

I went off and selected 12 poems and then Paddy Nash, PAF’s Musician-in-Residence in Magilligan, recorded some of the guys reading the poems on Zoom. And then we put these recordings together for the John Hewitt broadcast.

CAP: Is there any poem in particular to which you would like to draw our attention?

PB: Yes, this one, called Journey, because those first three lines are amazing to me, and what’s even more amazing is that they were written by a very young poet. It’s also a very gentle poem, and I am moved by the sentiment of the poem.

Once again, I set sail across a sea of failed attempts.

In search of a sunrise to enlighten these dark, cold days of mine.

Show me a way out, because it’s not in anyone’s best interest to dwell too long inside.

I guess I’m still here after all.

CAP: Thanks very much for speaking to us, Pamela.

Going Equipped with a Pen – A recording of poems written by students from the Prison Arts Foundation. John Hewitt Digital Literacy Festival

You can see the programme at the link:below