The Monthly inteviewed Jim McElroy last year, (you can see that interview below) just after he was awarded runner-up in the 2019 Bridport Poetry Prize. Jim was a relative newcomer to the poetry world at that time.

Since then Jim’s poetry has been recognised by winning the 2020 Francis Ledwidge Poetry Award; he has been nominated for the Pushcart Prize, shortlisted for The Rialto pamphlet award, the 2020 Bridport Poetry award, the Cúirt New Writing Prize, and was runner-up in the Fingal Poetry Prize.

If you add to that list his selection for Poetry Ireland Introductions and an Individual Artist Award from the Arts Council of Northern Ireland, then by any measure it’s been a pretty impressive start to his poetry career.

The Monthy spoke to Jim about developments both in his career and his writing over the last year.

How do you feel about the direction your writing has taken so far?

I’m delighted. I’ve been writing primarily out of my own life experience and it’s wonderful so many people are connecting with it and that my poetry is being recognised by the award bodies. I’m still very much in learning mode and know it’s important to keep the head down and not to become deluded. There are so many other great poets out there whose work is a continual reminder of the need to respect the craft and to keep on improving technique. So, I’ve been doing my best to put in the hard yards; trying to get to grips with the fundamentals through creative writing courses and workshops.

Whilst I seem to be on the right track, writing the next corker is always a challenge: setting the half-baked out in stanzas and praying it works just never seems to cut the mustard. Like everything in life, it seems there’s no substitute for putting in the effort. Awards or not, it’s always important to have the staying power for the endless drafting and editing until, hopefully, the perspiration delivers the inspiration. 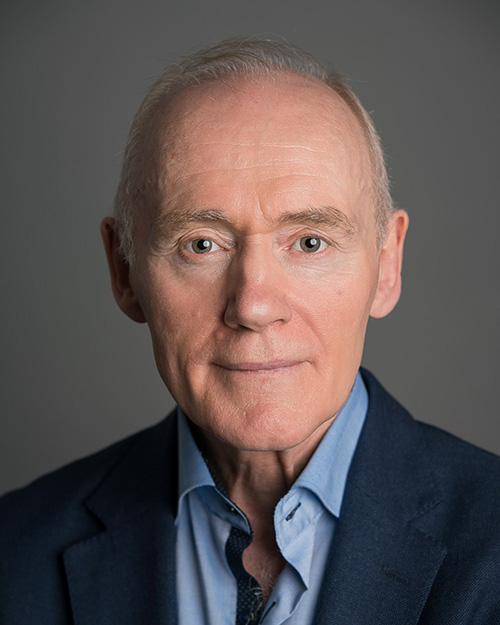 You are also planning to write a pamphlet of poetry themed on The Troubles. Why has that theme and the pamphlet format interested you?

My runner-up poem for the Fingal award – ‘Rivermouth’ – planted the seed. It’s about life in Belfast since my time at Queens University in the mid ‘70’s. Whilst writing it, I found myself vividly reliving memories of the thirty years of The Troubles: it felt to me that there was a lot more to write.

Then, through the Francis Ledwidge Award, I became interested in how Ledwidge the poet had served as both a nationalist in the paramilitary Irish Volunteers, and yet later became a Lance Corporal with the Royal Inniskillin Fusiliers giving his life fighting for the British on the western front. It felt that his military and literary legacy offered a backdrop to the many conflicting aspects of our heritage.

I’ve committed to write a lived narrative on the Troubles, the cultural, physical and mental legacy of its aftermath. I decided on the pamphlet form, as that seems like an achievable objective for my year as award winner.

How is work on your first collection progressing?

It’s progressing well. I’m fortunate that funding from my Arts Council award has allowed me the continued mentorship of Moyra Donaldson and others, and also access to courses at Poetry Ireland, Arvon, The Poetry Business and The Stinging fly, through which I’ve been able to benefit from the advice of people like Stephen Sexton, Peter Sansom, Helen Ivory, Fiona Sampson.

I’ve now completed a body of work, probably enough for a full collection; however, my early poems are drawn from a broader range of themes: climate change, the impact of technology, the Troubles, ageing, war, peace.  Over the past year, as I’ve started to get a better handle on my own poetic voice and understand my ‘fiercely visceral’ style – as Martina Evans calls it – I’ve found my writing drawn more and more to the natural world and rural themes of my childhood on the family farm in the Mournes.

I’ve decided to go back to the drawing board, and work on a more tightly themed collection, calling on memories & experiences from my rural roots – as seen through both my child and adult eyes. Poems that look at our troubled relationship with the natural world, the importance of the rural environment in our lives; how the farming industry is such a part of our history and how it impacts on us all to a far greater degree than we realise.

Whilst it’s been a challenge to reset my focus, it was encouraging that a subset of poems from my manuscript were shortlisted for the Rialto Poetry Pamphlet Award.  I’m hoping to be at a stage where the gist of it is ready to send to publishers next month.

Do you feel your writing technique has developed since last we spoke to you?

I hope so. I’ve been working hard – reading, thinking, writing poetry and taking advantage of all the learning opportunities that have arisen. As my understanding of craft becomes more engrained, I feel I’ve developed a degree of muscle memory and the writing has become more instinctive. As a result, I find I’m less inhibited by the technical aspects: that has helped my confidence and freed up to the more creative side of my brain. I’m starting to cop onto what’s meant by ‘letting it rise’, to keep the conscious mind out of my writing as much as possible, to avoid steering the language towards the unsurprising.

The great Australian poet, Les Murray, is quoted as saying that poetry is as much dreamed as it is thought, that ‘You’ve got to be able to dream at the same time as you think to write poetry. You think with a double mind’. So I’m trying to keep that in mind, attempting to look at the concrete, as Emily Dickinson also said, with a ‘slant’ gaze and hopefully sleepwalk toward that part of the mind that brings apprehension, illumination; the ‘otherness’ of things that I should be paying attention to.

What poets are you reading or being inspired by at the moment?

My desk’s groaning under the weight of all the poetry books I’ve bought in the last couple of years.  Having not been a student of poetry and coming to it later in life, there’s no shortage of wonderful poetry to choose from. I read anthologies a lot to educate my ear. It’s a great way for me to gain exposure to a range of poets, their different styles, voices, themes. At the moment I’m enjoying the Anthology of Modern Irish Poetry from Harvard College; which includes so many great poets that are new to me: Hartnett, Greenan, Beckett, Deane. The Zoo of the New anthology by Nick Laird and Don Patterson and the Staying Alive Anthologies from Bloodaxe are also on the list. 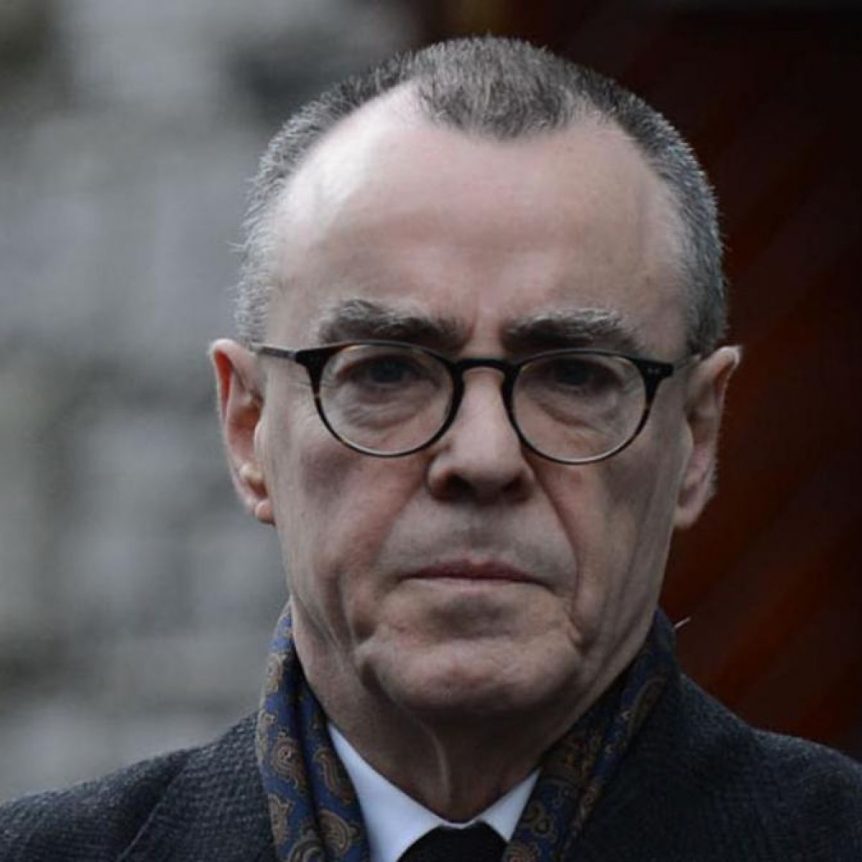 The collection I’m reading now is Ciaran Carson’s final work: ‘Still Life’. It’s an inspiring book, with some fabulous ekphrastic work; ‘Paris Street, Rainy Day 1877’ is worth the price of the book on its own. And also his selected works ‘From There to Here’ – the electricity in his writing; the variety, energy, craft, humour is superb. At the Rialto Pamphlet Awards, Will Harris said the sounds in my writing made him ‘think of Gerard Manley Hopkins.’ So I’m also reading the odd bit of Hopkins to check out what Will might have meant: hopefully I pick up on some of the dazzle.

Have you noticed there has been a resurgence in poetry and also of spoken word recently. If so have you any thoughts on this?

Yes. It’s great to see poetry reaching a wider audience – and it seems to be across all age ranges and sections of society. Poetry’s such great way to articulate feelings and to give expression to deeply held emotion. I think that’s been so evident during lockdown with so many people turning to poetry. My go to poet, Seamus Heaney, even made hope and history rhyme for Joe Biden’s election campaign. It’s really great to see poetry being so widely appreciated.

The art of storytelling and recitation was often the fireside entertainment of my parent’s generation: it’s wonderful to see the resurgence in spoken word poetry. It was Hollie McNish who selected my poem ‘Hoor’ as runner-up for the Bridport Award, so I went up to watch her perform at The Homeplace in Bellaghy. It was a revelation to watch her at work. She filled every seat in the house and the audience were up out of their seats rocking to her vibe. Clearly the spoken word introduces the need to grab attention & command a crowd and as long as that is not at the expense of respecting the craft, I’m all for it. Ultimately, anything that broadens the audience has to be good thing for poetry.

See an earlier interview with Jim McElroy at the link below