Having seen a world economy industrialised, post-industrialised and digitised, it would be a cruel irony if the image depicted on the cover of the latest Champion Things album, “The Isle of Plagues”, was the hidden shame and cost of this ‘progress’, and the source of death, disease and destruction, an escapee from its borders.

The title of the album is taken from a suggested mythical island where big agriculture and bush meat farmers dump virus ridden carcasses. The island is uninhabitable and was name checked in the film Contagion (2011) directed by Steven Soderbergh.

Champion Things is a group based around Gordon Hewitt (guitar, lyrics, and vocals) and Wallace Gibson (Electronic and Acoustic Saxophone), both originally in the group, Scream Blue Murmur, accompanied by a floating line-up of musicians.

On this latest album, in addition to Wallace Gibson’s musical contribution, Michael McKinney provided bass and Vic Bronzini Fulton added guitar and keyboards as well as producing backing tracks for the tracks Self-Isolation and Day Labourer. Vic also recorded, mixed, and mastered the album at Earth Music Studios in Belfast. 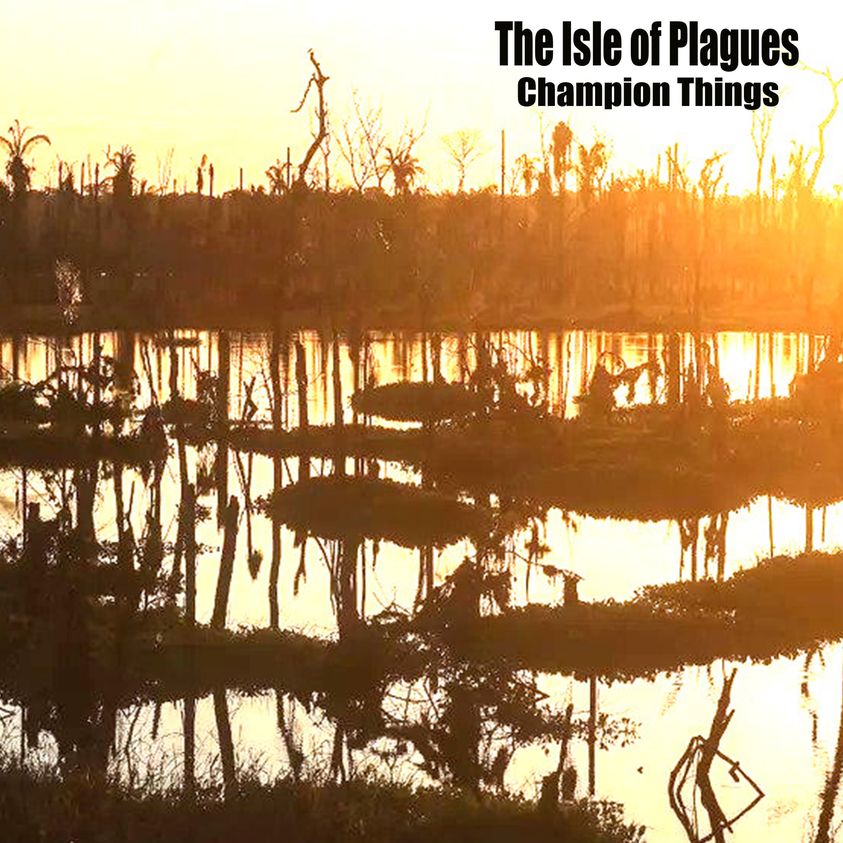 Impacted professionally, creatively, and musically by the intrusion of the pandemic, Gordon Hewitt, (who was days away from an Australasian tour before The Lockdown forced the tour’s cancellation) has taken that personal experience and offered it writ large on a global scale, just as the sickness is on a world scale.

There is a theme here, of the micro explaining, or at least illustrating, the macro.  This is cleverly achieved through the devising of various profiles of individuals who have been affected by the pandemic.

There is also an element of the pen picture within this work, a descriptive portrait of a situation which by its demonstrative nature is designed to bring about positive change, at least in the medium to long term bring about thoughts of the need for change.

Most of the narratives are research based and not necessarily based on specific people, but one track, “The Nurse”, is distilled from actual personal testimony, which makes it an accurate document of how a healthcare worker might feel in the current extraordinary circumstances.

I should say at the outset that I found this album difficult to listen to because the consciousness it raises challenged me as a human, for my apathy and intransigence.  ‘Turning in and turning away’ in order to better ‘cope’, Perhaps the challenge with regards listening is that this album ventures into the tradition of realism.

One could say it is within the Realist tradition of the Arts. Realism in the Arts attempts to depict subjects truthfully.  It usually emerges after periods of profound social stress like war and revolution, when the bullet hits the bone.  It avoids artificiality, speculative fiction, and supernatural explanations.

This album denotes realism through the Spoken Word medium because, Hewitt has looked at, in logicality: –

The Isle of Plagues

The Amazon Rain Forest is practically gone.  The Lungs of the World as we can see from the story below are being destroyed.

“Time Tipping Point reported…ON THE SOUTHERN CREST of the unscathed Amazon rain forest, a storm inundates a wooden shack just off a sodden mud road. Inside, Antonio Bertola sits clutching a $1 beer under a painting of the Virgin Mary, his face ruddy and his clothes tatty from a lifetime of work on the land. The frontier town of Realidade is a mere speck on a changing map. To the north stretch hundreds of billions of trees and more than 1 million species never charted by man. To the south the muddy trail of human conquest reaches back for centuries. In a bittersweet tone of voice, Bertola recounts how his family of migrants had hungered for prosperity, security and, most of all, land to call their own.

Five decades ago Brazil incentivized millions of its people to colonize the Amazon. Today their logging yards, cattle enclosures and soy farms sit on the fringes of a vanishing forest. Powered by murky sources of capital and rising demand for beef, a violent and corrupt frontier is now pushing into indigenous land, national parks and one of the most preserved parts of the jungle.

Brazil’s new President, Jair Bolsonaro, an unapologetic cheerleader for the exploitation of the Amazon, has the colonists’ backs; he’s sacked key environmental officials and slashed enforcement. His message: the Amazon is open for business. Since his inauguration in January, the rate of deforestation has soared by as much as 92%, according to satellite imaging.” Ref: https://time.com/amazon-rainforest-disappearing/

Hewitt captures in wry, even matter of fact, tone the story of families like Bertola’s, duped into this deforestation.Through Gibson’s languished brass interludes, one can almost feel the dire anticipation of more uncertainty and impending calamity.

It is effectively a triple murder scene, perpetrated by commerce, propped by governments, the hacking to death of ancient forest, casualties unfortunate enough to killed by falling branches and a culture decimated and effectively left ‘cultureless’ and without hope.

The Day Labourer is a graphical and graphite description of a woman breaking stones with a sledgehammer on a building site in India.  The irony is that hard labour doesn’t always pay where added adverse circumstances are ‘pile driven’ on top.

Like so much of this Champion Things creation, life is comparable to a playing a game, and this track is very much reminiscent of a fate akin to Snakes & Ladders.

As part of the Nightingale Pledge 1935, often recited at graduations, the nurse promises to “aid the physician in his work, and as a “missioner of health”…dedicate (myself) to devoted service to human welfare.”

On the frontline, Covid Combat Team, it is the Nurse who is experiencing being ripped apart by a complete separating of body, soul, and spirit.

I think it is the empirical data that gives this track its accuracy and credibility of a contemporaneous happening, in the now. 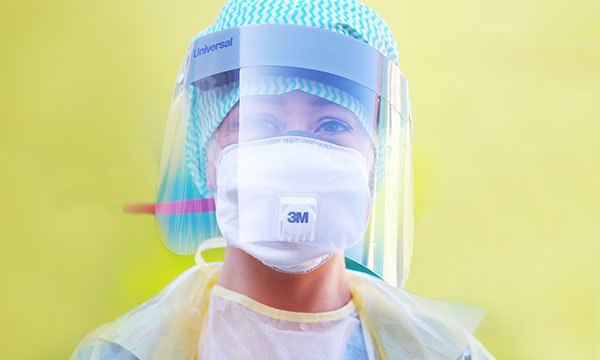 A painful description of a man who diligently worked all his life, whose wife has now got dementia and his children have long moved away.

Hewitt eloquently summarises the isolation within the isolation, using the touching metaphor of empty rooms, ‘offering more in the way of maintenance than memory.’  Otherwise put, a home just becomes a house.

I hazard there are two parts to The Lawyer because he gets more than one bite at living because of his privileged position and assured egocentricity.

Again, we are back to games, pretend and real.  The Lawyer is partial to late night games of chess in Central Park, conducted on a giant board, pitting himself against the homeless and destitute.  It is a sordid tale, even if fictional.

Carving out the same groove in Part 2 we see he applies the same callousness to his own children.  It is his survival.  The law serves him, his business interests.  We see the justice workers are often the greatest ‘injustice perpetrators.’

In real life contests, some are afforded a competitive advantage ancestrally, racially, financially. But just how long can they keep up this ‘winning’?

Most of these ‘professionals’ we will interact with at some point in life, if not, in death.

The Funeral Director is a reluctant family business inheritor. The track charts the pressures exerted when the relentless influx of corpses come.

However, even in death there is a class system, measured in quality of casket and position in the cemetery.  The Funeral Director suddenly finds purpose in trying to achieve some equity for the less well-off and strives to exact redress for the deprivation they have suffered during life by ensuring they at least will have a dignified final resting place in death.

Perhaps to convey a sense of ‘tripiness‘ as we career towards something –  inoculation of a worldwide population- we have never seen before.

There are two grooves on offer, just as we are offered different formulae of the vaccination, taken in blind faith.

Where we are headed is anyone’s guess, but I am sure the next Champion Things album, already written, will astutely keep us up to speed with rapidity of social mutations in a worldwide context.

The Champion ThIngs album, “The Isle of Plagues”, is available at the links below