Home » null, The Monthly » Maria Doyle looks at Wobble – A new piece of music by the OTH Music Collective – Part 1

Over the Hill Music Collective (OTH) are a group of older persons who have established a forum for musicians and non-musicians alike, to come together to write music and lyrics, try out vocals and generally collaborate to make new music.

The tenets are inclusivity, mentoring, cooperation, and performance. Monthly meetings facilitate working together and sharing of ideas. This culminates in an album, usually every other year.

According a recent Press Release, the first single, ‘Wobble’, is a taster for the upcoming album, ‘Isobars’ which will be released later this year. The theme is to explore the daily mental health challenges faced by older generations. The new release will chalk up OTH’s 4th album.

The previous work, ‘Kodachrome’ received incredibly positive reviews and substantial radio play on BBC Radio Ulster and Belfast 89FM.
It is important to qualify any assessment of the new material with the reality this was their first album to be created under constraints of working and recording largely, remotely.

The first spark of reaction I had with this track was with the title. It is either innately unselfconsciously cool, or carelessly naff, I wasn’t sure initially. In fact, it was only ever meant to be a working title. As I began to get used to the name, and examined the concept therein, I came to realise why the name had to stay. It is highly topical; and even an allegory for recent human experiences.

In a ‘wobble’, there is an alternating oscillation between two states of ‘tilt’, both of which are undesirable. To try and recover from them, requires the whole body, each joint, muscle and tendon, and ultimately, the mind, to coordinate this effort.

‘Wobble’ introduces a sudden type of instability, not typically encountered on a day-to-day basis. The OTH track opening pronouncement is “Welcome to the punctuation on the wobble of eternity.” ‘Eternity’ seemingly is fixed; but the road there certainly is not.

The track is an effective social barometer because ‘Wobble rooms’ have very recently become real spaces created for NHS staff to take a short break when things have got too much on Covid Combat Teams. 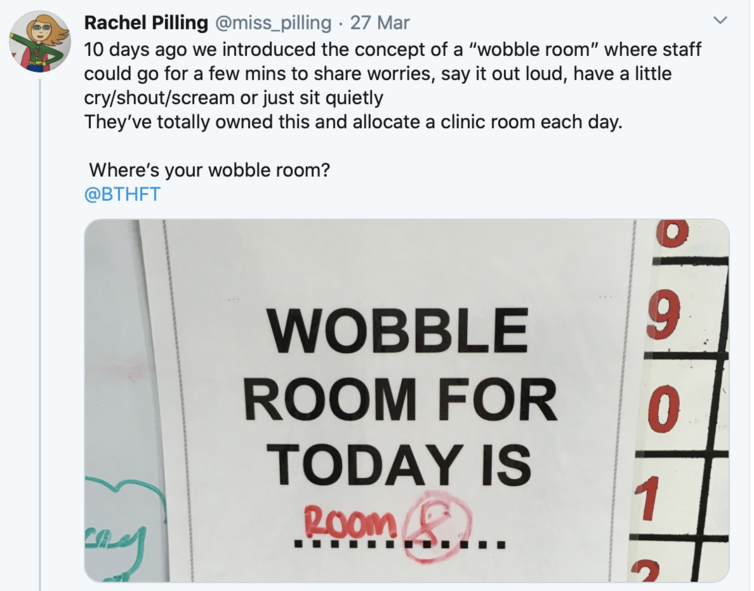 Sensory items may be provided for use such as, low-level lighting, ‘stress balls’, aromatic oils, in addition to wellbeing resources and signposting. 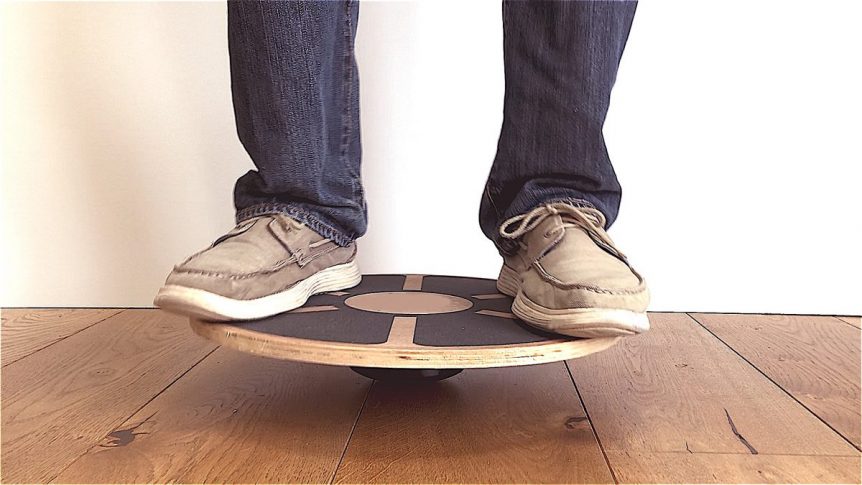