How did the Earth Day project come about?

I have had the idea of a circular horizontal and circular vertical or 360 degree shoot for a long time and have been collecting material, experimenting with footage for years, but I was not sure how to use it. Then, last year, I found my poem “My Head is the Earth”, first published in 1982 on the internet.

During lockdown, I was doing research for a novel and at some point had the idea to put my own name into arcanum.com, where all the Hungarian papers ever published are digitised. I don’t google myself very often, but I can recommend it to anyone. This is how I found out that I won a scriptwriting prize once, after having changed e-mail address and the organisers could not find me for six months. (Always put your name and e-mail address, preferably two, into your submissions!) I completely forgot about this poem, originally written in Hungarian, but after finding it I translated it into English. The Earth video-poem idea was formed.

How did you go about selecting the poets to be involved and how did you collate the material they produced for the project?

I wanted to include at least one language from each continent, starting with the European languages. First I thought I would only work with female voices, but after doing research I realised that the Earth is seen as male in at least two major traditions, the Norse and the Egyptian. I felt that I had to abandon the all female idea, and I started to reflect on the yin and yang, the positive and negative, the poles.

Accordingly, I changed the last word in the poem to “light” if it was a male, and to “night” if it was a female. The Spring Equinox, when night and day should be equal length offered itself as a day for shooting to reflect on this, too.

Not every translator is a poet, but many of them just diverse people I personally know or friends of friends, artists, yoga practitioners. Raquel Chinchetru (Spanish) is an artist and friend whom I know through yoga. I have many international friends here in Rostrevor, Catherine Bescond-Sands (French), who is a professional translator, Lucia McEntee (German) are both local and friends.

The Danish translator, Soren Lauridsen acted as Joyce in my play “Dear Mr Joyce” in the Irish Writers Centre many years ago and I was lucky to find him on Facebook.

In 2019 I had a poem published in the “Writing Home” anthology of Dedalus Press and I could select and contact poets from that publication: Viviana Fiorentino (Italian), Polina Cosgrave (Russian), Rafael Mendes (Portuguese) and I personally know Cathal McCabe, a well-known poet and translator of Polish. He lives in Rostrevor and his wife is Polish. She read the poem.

I am running a Stanza group of the Poetry Society and this is how I got to know Pallavi Singh, who translated the poem into her native Hindi, and there were professional translators involved such as Mari Yoshida (Japanese), Shufan Jiang (Mandarine), Ezaldin Thabet (Arabic).

Last year I took part in the New Voices of Ireland Series 8 project and I got to know more diverse artists there, Nngcobo Bongamahlubi (Zulu), Nasrin Golden (Farsi) I definitely wanted to include indigenous languages and Irish, of course. Dr Tony Lunny translated the Irish and his daughter Sinead Lunny recited it – she recited the English female version of the poem, too, while actor and drama practitioner Jason Benson read the male English version at the beginning of the film.

It was more difficult to find a translator for Maori, but we have a yoga teacher friend in New Zealand who helped to put me in touch with Waikarere Gregory and the Algonquin (First Nations) translation came about with the help of the poet  friend Denis Stokes in Canada, who I knew,  had worked with First Nations groups. This was interesting, for it became a community project for three women, Lena Polson, Celine Jerome and Angel Snow-Rodgers translated, proof read, recorded to poem into their language.

I know a writer Marianne Villanueva, who is originally from the Philippines and she and her cousin produced the translation and reading into Hiligaynon a major Austronesian language. This is as close as we got to Australia. Although I tried five different contacts, I could not get any of the 290-363 Australian Aboriginal languages, which is a sadness.

I read the Hungarian version myself.

The collection of sound took about 6 months altogether. Each translator was asked to record their own reading on their phone and send the audio file to me. Some of them had to be edited or repeated to get a good quality recording and all the contributors were forthcoming when I asked for changes. I did not “direct” anyone, it was up to the translators and readers to interpret the poem in their own language and read it as they felt it. I had to trust the translators, and I really enjoyed the process.

What were the themes you were aiming to explore with the video footage and the references to the Geographical coordinates throughout the film?

We shot every hour one full circle on the Meadow in Rostrevor at the same spot and so I had 12 shots for the 12 minutes of the film. I wanted to see how the light is changing on the first day of spring on this meadow. People say you can have four seasons in a day in Ireland. Luckily, but also strangely, we did not have any rain, which would have made the filming much more difficult.

I had more footage as overlay which I collected with my iPhone on this meadow during the four seasons of the lockdown. The eco-video poem is supposed to show a day of the earth, from sunrise to sunset and as the earth turns around its axis, we go through the timezones from zero (GMT) coming back full circle. The translations appear as we hit the timezones where they are spoken. I tried to collate the voices with the coordinates of the original home or birthplace of the translators, usually the capitol of the place. So, for instance, Spanish appears at + 3 degrees, Irish at + 8 degrees, Portuguese at +47 degrees, as Rafael Mendez is from Brazil, and so on. I put Zulu with Johannesburg, Russian with Moscow, although Russia occupies the whole of Northern Asia and part of Europe. Ezaldin, the Arabic translator is originally from Lybia, so I placed Arabic there and French is -2.21 degrees, acoording to Paris, and then we finish the circle with the English female version of the poem and the Coordinates of Rostrevor.

I shot on Kilkeel beach last summer and was shocked by the amount of rubbish, plastic washed to shore. I incorporated some of this footage to reflect on the idea that this is the tipping point, this is the time when we have to decide whether we can save the planet and ourselves. The singing whales in the film represent the oceans and they are the very creatures who have to cope with all that rubbish, including masks, that we pour into the oceans. Although I wanted to reflect on pollution, at the end this is a love-poem, as Monika Sapielak, the curator of Centre for Creative Practices noted at the launch, too. 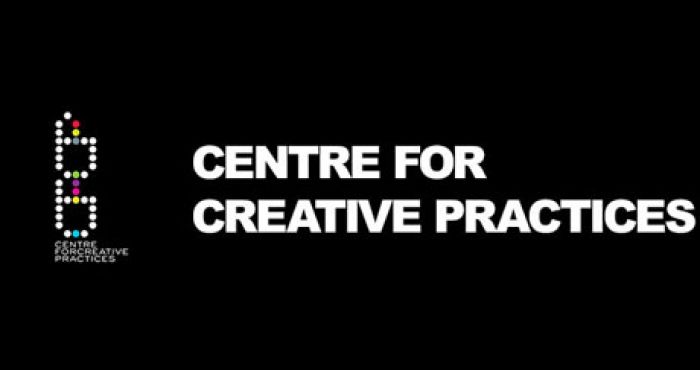 How was the project funded and who did you work with to allow you to complete the work?

I tried different UK funders last year, but I did not get funded. Then I decided that I will make this film, no matter what. Many of the translators supplied their work voluntarily out of friendship. Luckily, the Centre for Creative Practices where I did the New Voices of Ireland projects before, announced that they can apply for major works on behalf of artists to the Arts Council of Ireland. As this project has a participatory element and they are keen to support this kind of work, I got funded by them and the Arts Council of Northern Ireland came on board with an Artists Emergency Resilience Award, which made it possible that I could pay everyone and not only 11, but 20 languages feature in the film. Actually, it is 21, for the title is in Latin – an “extinct” language.

Apart from the translators and readers mentioned above, John Livingstone did the 360 degree camera work and the Centre for Creative Practices launched the film on Earth Day. Monika Sapielak and Ian Oliver were extremely helpful with the online launch on zoom.

Have you any upcoming projects you would like to tell us about?

I would like to work on a large scale collaborative/participatory video poem with multiple voices again, but I am not sure about funding yet.  In the meantime, while the project is germinating, I would like to create the e-book version of “Vertical Montage” my poetry collection based on film making and films, published by Lapwing, with links to video poems on my website. In an e-book you just click on the link and can view the film. I need to find a platform.

Otherwise, I am working on a novel for children with the support of the Arts Council NI. It tells the true early childhood story of Walter Sekules, a Jewish boy who spent his first 7 years in the Gulag as an “Enemy Alien” during WWII.