Home » Poetry and Spoken Word, The Monthly » The Monthly interviews RiktheMost, the host of the “Your Place” poetry events – Part 2

You host different kinds of “Your Place” events. Why is that?

We have a Slam event and we have a more chilled out poetry reading event with an open mic and a feature poet.

Just to explain a bit about them – the Slam has a competitive element to it: eight poets in the first round in head to head bouts, with the audience voting for who goes through to the next round. We really do have an incredibly diverse space and our community members and other participants often have dramatically different styles and experiences, which means that our Slam events generally avoid falling into what some might call a “formulaic slam-style”.

I am very familiar with Slams and have been part of competing in them for some time. I represented Australia at the World Team Slam Finals in America and I have also placed second, twice, in the New Zealand National Slam event in the last few years. 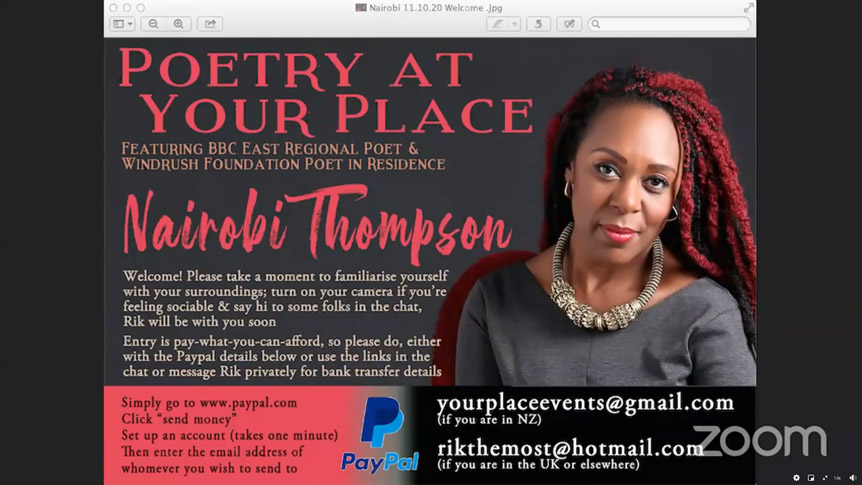 Some folks turn away from Slam because of ideas around what “slam-style” is (and I get that), but we have to remember that slam isn’t a genre – it is a time limit… and an additional element that encourages audience involvement. That is all it is and there are no rules regarding what the orientation of the work needs to be. I am interested in what people have to say, and I am always looking for authenticity. “Your Place” is a space where people aim, I think, to be authentic.

But, and this brings in the idea of inclusivity, not everyone likes to be part of a competitive process and so we also have regular open mic and feature events which allow access and participation for the people who a slam event may not suit.  These events really take the time for us (the community) to not only hear great poets from around the world, but also discuss their work with them.

One thing we do insist upon across all our events is that, if necessary, there are content warnings given before poets start their piece. We equate it to when you are giving someone a gift (as poetry is a gift); you don’t drop a lead block wrapped up with fancy paper and ribbons into someone’s arms because they would get hurt, and it should be the same with poetry, people need to know the “weight” of what they are about to hear so they can make safe decisions about whether they are in a safe state to receive them.

You have a league table for the Slam event?

Yes we do. Throughout the year I have pulled together a table of the points which slam contestants have accumulated and that lead to a slam final on the 28th of March. We had over 80 slam contestants throughout the year and the final had the top 8 poets. The winner of that event was Melanie McKerchar in a very close fought competition.  The slam league table has now been reset and we start again on Sunday 25th April. 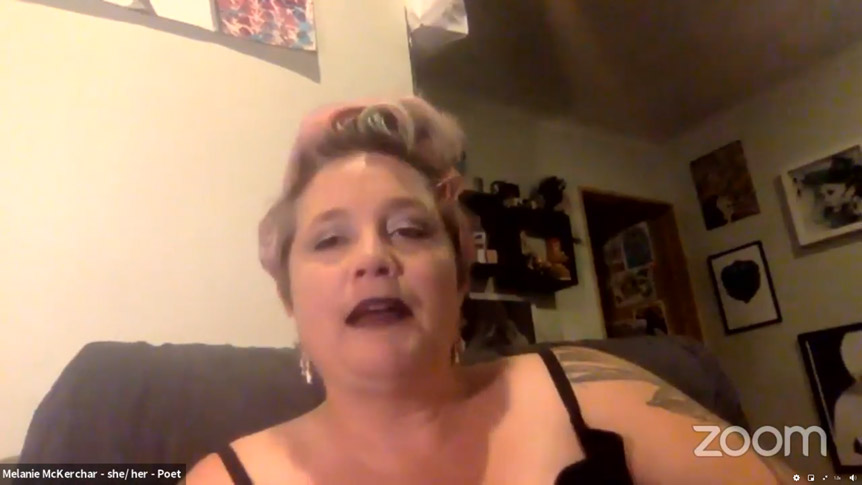 The Community Poem which comes together at the end of the “Your Place” event seems to work well. How did that come about?

It’s something I have done for a while when featuring at events – I will make a poem out of lines from the open micers to perform at the start of my set, to show respect for their work and that I am listening.  I first heard of this type of collaborative poem over a decade ago, in a slightly different form at an old favourite UK event of mine – Sage & Time.

After a poet performs their piece, they are tasked with picking out a line or two from the poet who comes after them, so the poets have to pay attention to the work of another poet.

I encourage audience members to also pick lines they like or respond well to during the event and when the break takes place I pull those lines together; I edit a little bit to make sure that they flow and I like to think they give a feeling of the narrative journey of the event as a whole.

Where to Now for “Your Place”.

Your Place has, as I hoped it would, built a community of poets and people who love poetry and so it will continue as long as I am able to do it. I work as a traveling artist and so I don’t really have a fixed address so I am always looking for someone I know who has a good internet connection in the town I happen to be staying in that particular week.

Sometimes, I am performing or I cannot get access to an internet connection and that might mean there will be a week where everything has to be postponed, but everyone understands that happens.

For me though, the importance of accessibility doesn’t stop just because Lockdown ends. For this reason “Your Place” will continue online but I am hoping that at some point there might be a physical and online hybrid event where it is live in a physical venue but also has an online element with people participating through an online option, projected onto the stage.

And there are many other suggestions made by audience members, especially around merchandise; with a “Your Place” motion sensor toilet light being one of the foremost requests… it was a bit of a joke that has spiralled out of control… that’s the beautiful ridiculousness of our community for you though. People are also now suggesting we have a Your Place book published. There are all sorts of possibilities as we continue into our second year supporting poetry and poets and building the community. 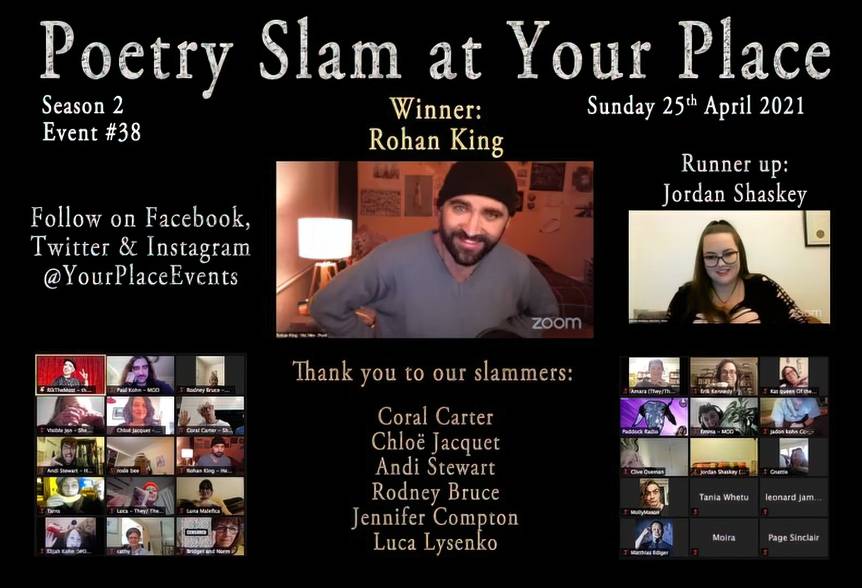