Home » Poetry and Spoken Word, The Monthly » The Monthly talks to poet Kevin Higgins about Over the Edge – Part 2

Moving forward to the situation now how did the pandemic affect Over the Edge?

At the beginning it stopped everything. Like everyone else we had no idea that this was coming. In some ways it reminded me of the crash in 2008 in that we were left thinking about what we were going to do. Actually we were stunned for the first couple of months.

There was the development of Zoom Poetry Events and Susan came up with the idea that we would do some special events on Zoom. We took a little time to make sure we understood the technology. 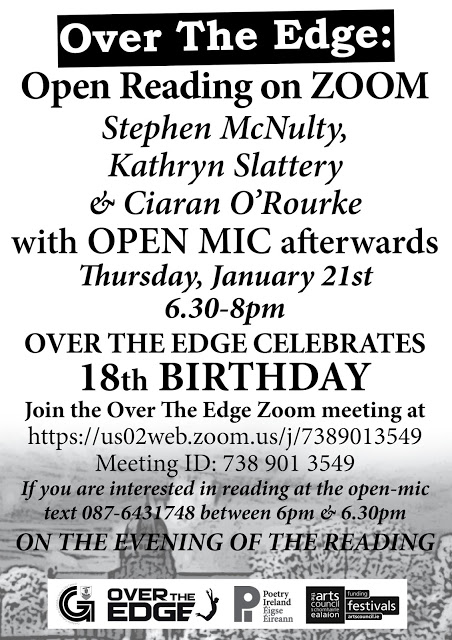 From there we put a lot of thought into supporting our audience, and we also have people that both myself and Susan teach, either poetry or creative writing, who we nudge in the direction of Over the Edge.

By doing the Zoom events with special guests like Tariq Ali, the writer and political commentator and Veronica Volkow, the Mexican poet and granddaughter of Leon Trotsky, we have maintained and supported our core audience members.

Will you keep that going if and when Lockdown is lifted?

I think there will be a hunger for in-person or live events when Lockdown is eventually lifted or at least we are able to bring people together again, however I think that now we have gotten used to having online events some form of that will continue. I’m doing writing workshops through Zoom and that will probably continue as well. 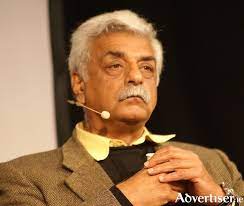 Is there a difference between the poetry scene now and back when you started?

The climate of individualism which has emerged over the last two decades which to me is way off the scale compared to anything else that has ever existed compared to our sense of a community. Over the Edge has a collective feeling which we have created and that is a barrier to an individualistic approach.

In one sense there is an argument or an idea that being selfish and self-interested is somehow a mature way, a real world way, of approaching life. We don’t support that idea at all. Our job is to keep allowing new people into the mix. As long as we are doing that I think Over the Edge matters.

Beyond that, one of the most important decisions we ever made was that myself and Susan would never read at Over the Edge so it was never about us. It is very easy for the organisers of events to make it all about them. We also decided that people would only ever read at Over the Edge once. That we would also allow only new people to read. Our job, in my view, is to keep looking for new writers.

Is there anything else that Over the Edge does?

There have been extensions to the work we do. We have a poetry newspaper/magazine Skylight 47 which came out of my poetry workshops. We have an editorial committee for that publication and lots of writers get published in that. Over the Edge facilitates the launch of editions of Skylight 47.

We have also published an anthology of people who have published after reading at Over the Edge and we are looking at our 20th anniversary and hoping to launch an anthology at that. 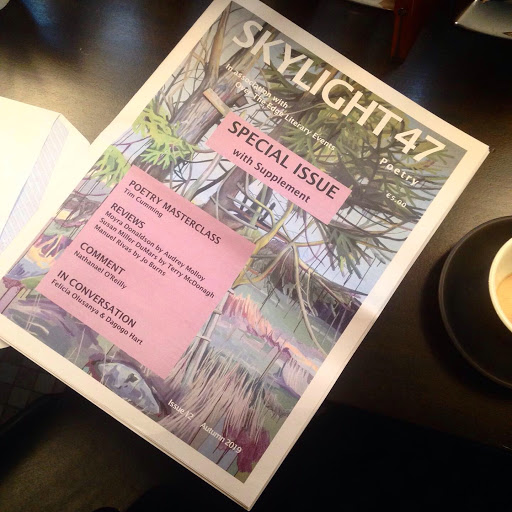 We are now thinking about legacy. I am not getting any younger, and of course one’s health is an issue, so we want to involve more people in the work of Over the Edge from the community which has been built up over the years.

I think that, in the process of marking our twentieth anniversary, we will be looking at continuing the expansion I outlined earlier, but, and this is just as vital, at the same time maintaining the central ideas that we started with and which have continued to guide our work over all these years. 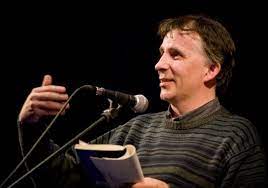