Previously untold stories of women as a tool of war are the subject of ‘The Shedding of Skin’, the new play from Kabosh which will have four online screenings from Tuesday 15 – Friday 18 June. 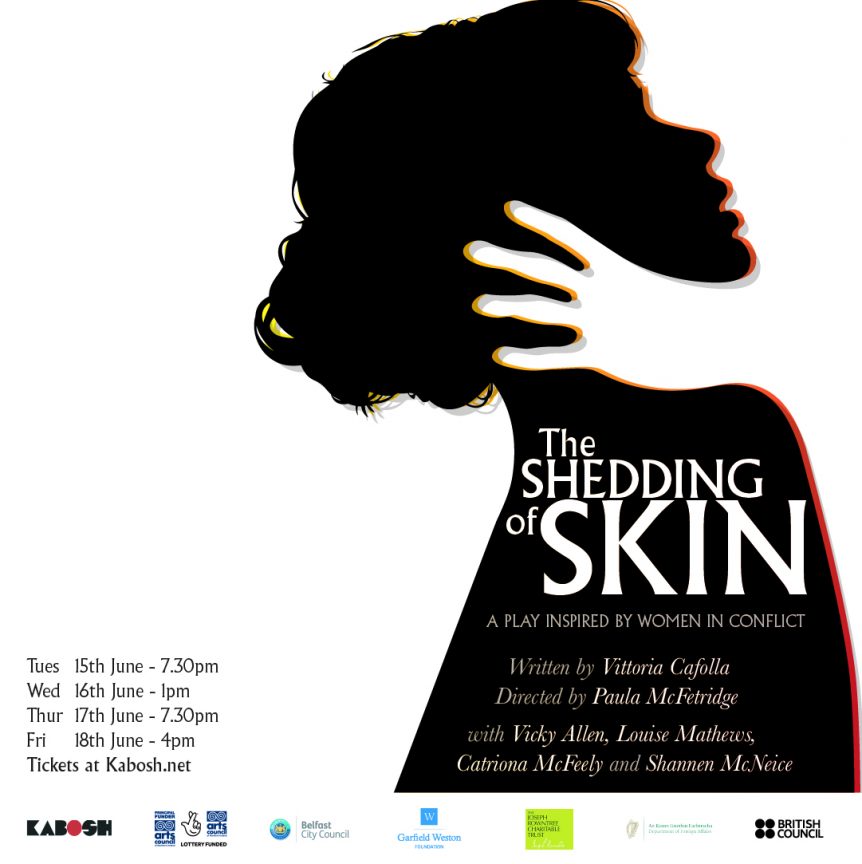 Written by Vittoria Cafolla and directed by Paula McFetridge, ‘The Shedding of Skin’ was created in response to the work of Ulster University Drama lecturer Dr Lisa Fitzpatrick, who has been researching sexual violence in conflict for many years.

Dr Fitzpatrick wanted to explore how her research material could be developed into a creative project and shared with a broad range of audiences, humanising victims and redressing the imbalance of stories from conflict being told with a predominantly male perspective.

Lisa explains her reasons for working with Kabosh:

“I approached Kabosh to develop my research into a play because of their work in post-conflict theatre and because I knew that the company was highly experienced at addressing sensitive social issues.

We understand a lot about the world through stories and the stage to me is all about telling stories. It shapes how we understand victims and perpetrators, and what kind of narratives we believe. 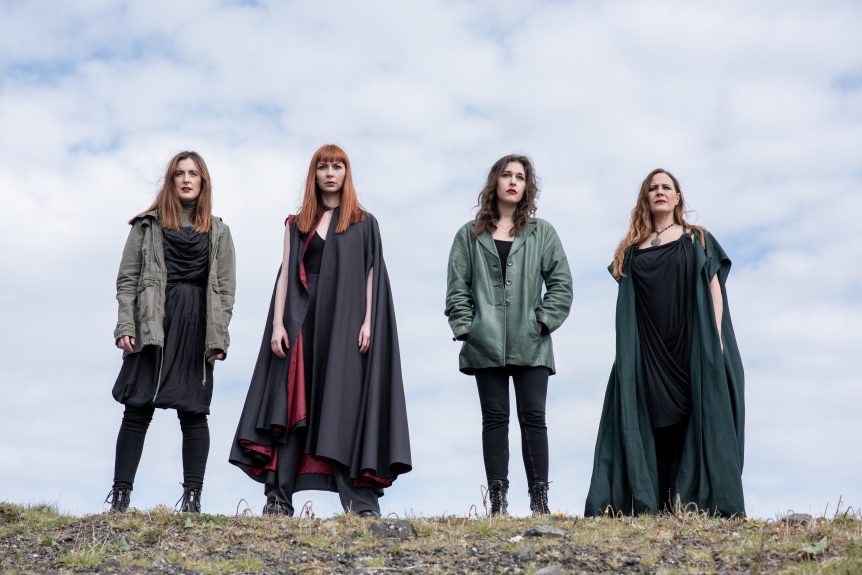 Post-conflict societies have higher rates of sexual violence – violence moves from public to private – and I think that the only way we will bring about change is to discuss these issues openly and honestly, which is what ‘The Shedding of Skin’ is here to do.”

Director Paula McFetridge from Kabosh further illustrates the context of the production:

“Sexual violence against women in conflict is not only a Northern Ireland issue – it is a global and historical aspect of conflict, wherever and whenever it happens.

There is no doubt that ‘The Shedding of Skin’ is a challenging piece of theatre, but to deal with the legacy of conflict we need to bear witness to stories of violence and oppression, as well as celebrating the human spirit to survive.

As audience members, we can choose to either avoid such issues, ignoring those most affected, or choose to be informed so we can be part of positive societal change.”

Kabosh will provide a list of resources and further information which will enable audience members to take action about the issues raised in ‘The Shedding of Skin’, whether by raising awareness or by supporting one of the charities which works in this field.

The cast of ‘The Shedding of Skin’ features Vicky Allen as Tereza, Louise Mathews as Ruth, Catriona McFeely as Sinéad and Shannen McNeice as Sam.

The play will be filmed at the Brian Friel Studio, Queen’s University, Belfast and screened online over four days from Tuesday 15 – Friday 18 June, supported by a range of themed panel discussions exploring issues raised by the production.

*’The Shedding of Skin’ includes sensitive content and is recommended for people aged 16 years and over.*

Tickets for ‘The Shedding of Skin’ are £5 per person and can be booked now via www.kabosh.net

Kabosh is funded by the Arts Council of Northern Ireland and Belfast City Council. Further funding for this project was received from the Joseph Rowntree Charitable Trust, Department of Foreign Affairs and the British Council.

For further information on Kabosh and its work, visit www.kabosh.net
Headline information and statistics on sexual violence against women in conflict
The United Nations has described rape as a ‘weapon of war’ and classified it as a war crime.

Globally, an estimated 736 million women—almost one in three—have been subjected to intimate partner violence, non-partner sexual violence, or both at least once in their life (30 per cent of women aged 15 and older). This figure does not include sexual harassment. The rates of depression, anxiety disorders, unplanned pregnancies, sexually transmitted infections, and HIV are higher in women who have experienced violence compared to women who have not, as well as many other health problems that can last even after the violence has ended – https://www.unwomen.org/en/what-we-do/ending-violence-against-women/facts-and-figures

In 2006 the Belfast Rape Crisis and Sexual Abuse Centre reported that a significantly higher proportion of rapes were committed at gunpoint in Northern Ireland, compared to the rest of the UK and Ireland. Northern Ireland also had a higher rate of rape committed with legally held guns.

Only very recently discussed: the rape of women during the Irish War of Independence https://www.irishtimes.com/opinion/sexual-violence-a-dark-secret-of-war-of-independence-and-civil-war-1.3752556

Dr Lisa Fitzpatrick is a Senior Lecturer in Drama at Ulster University, who has published extensively on performance and violence, post-conflict theatre and gender. She is a founding member of the Irish Society for Theatre Research and convenes the Society’s Gender and Performance Working Group.

Tickets for ‘The Shedding of Skin’ are £5 per person and are available to book via www.kabosh.net