Home » null, The Monthly » The Giants Ring, (Ballynahatty) – Maria Doyle looks into the impact the site has on local artists – Part 2

The question of the influence of elements of Neolithic art and culture exhibited in what we know about the significance of The Giant’s Ring might be difficult to assert regarding the work of local artists, nevertheless we see elements of connection in different ways through their work. 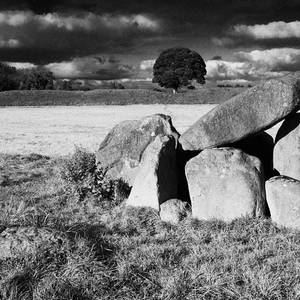 From the photography of Joe Fox above, to the work of Mark Searon below 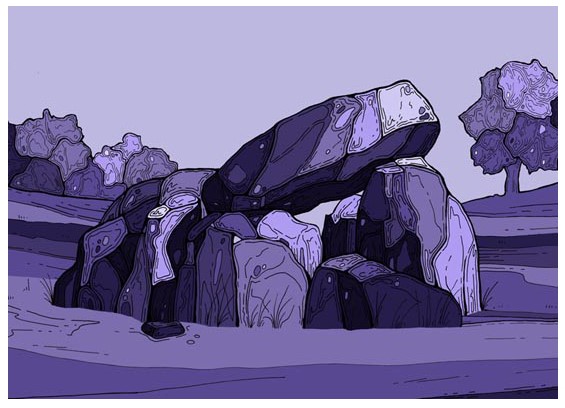 And perhaps in different, less direct ,ways by other artists.

“Hanse has a very personal relationship with stone. She isn’t fond of the word rubble to describe the quarry off-cuts she works with because, she says, ‘it sounds unloved’. Stone sleeps until Hanse begins to draw the sculpture from within, at which point she recognises its gender.” Culture Northern Ireland.

This relationship with the stone, from selection, intention and the working up, would, I hazard, perhaps be similar for an ancient artist as much as it would a contempory artist, despite millennia, societal advancements and ‘progress.’ between them. 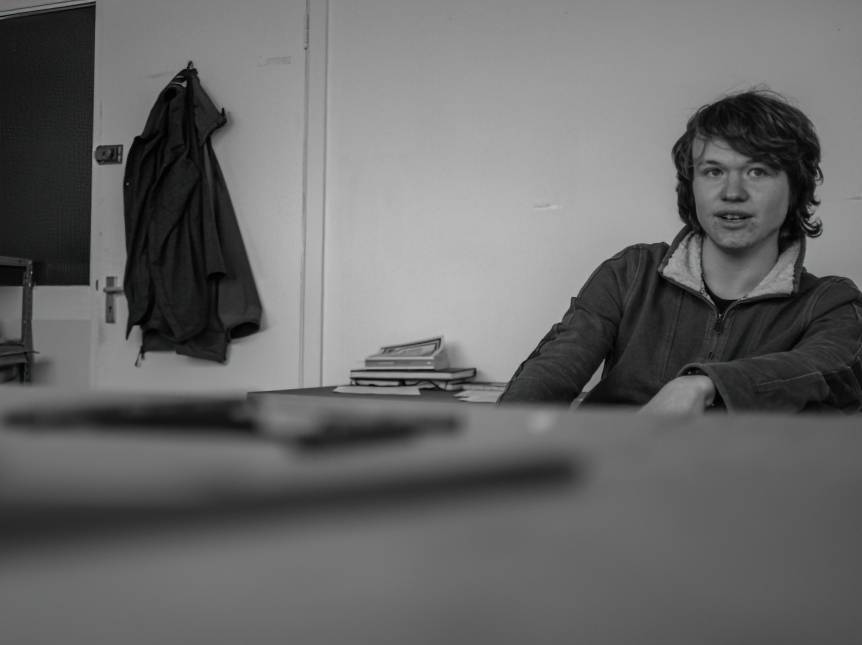 Éanna Mac Cana is a filmmaker based in Belfast, and his films have been screened as part of festivals in Spain, India, and the US.

‘Yellowstone’ is a documentary interwoven with themes of beginnings, endings, life and death and ultimately of hope.  It was screened in March this year.

In 26 minutes the history and evolution of healthcare on the Belfast City Hospital site, from a humble 6 bed unit for the sick of the city’s workhouse to a 900-bed university teaching hospital is recounted.

For Mac Cana this is a personal journey grieving the birth and death of his infant sibling who came before him at the Jubilee Maternity Hospital. That building would be demolished and replaced by the Cancer Centre – a place with which the filmmaker would also become familiar during his time spent as an in-patient during the summer of 2017.

We don’t usually think of modern buildings and institutions imbued with any special ‘spiritual’ or ceremonial gravitas, yet through the moving nature of this documentary exploration we can see that they have this significance in many people’s lives and in in some cases with people’s health many times in the course of a day.

I would contend Art and the shifts in emphasis therein is a different, and maybe more accurate, way to learn history, since it survives in substance.

Mythology, however, is the spoken story of a people.  It is the study and interpretation of often sacred tales or fables of a culture known as myths or the collection of such stories which deal with various aspects of the human condition: good and evil, with the object to reinforce morality, ideology, or identity.

In fact, studying the Stone Age is part of the KS2 history primary curriculum.  Some of the curricular rhetoric reads thus:

“The Neolithic Stone Age was a time when people started to settle in one place and create villages. While still hunting fish and other animals for food, they also began farming on the land with barley and wheat. They brought cows, goats and sheep with them from other parts of Europe.

They also built permanent homes in their settlements and created long barrows on hills, in which they placed the bones of family members as a shrine to them. This was often at the top of a hill overlooking their settlement and was also thought to be a spiritual symbol to the people there. Weapons and tools were made from wood and stone. They also made stone jewellery and clay pots. The Stone Age ended when the ability to make bronze was discovered; this was the start of the Bronze Age in Britain.”

Factually correct as this may be, would it not be better to teach lessons about how difficult life must have been, what the people did to improve their lowly situation and how their intimate connection with the world about them was a necessary interdependence for their continued survival.

New influences always imply new questions.  At the heart level, there is a universal human need to understand and be understood.  In leaving a creative legacy, we try to extract the good, the permanent, something that can last, even if only for a short time..That we don’t seem to have this being human thing sussed out yet? Keep practising!!