Do you have any early memories of being drawn to writing?

I have a newspaper clipping from when I was at Primary School. We were asked to write a poem and my poem was read out in assembly and it was sent to the local newspaper. That really encouraged me and I remember feeling really good that this was something I could do.

I didn’t move on from that though because I had awful handwriting. I’m not dyslexic but perhaps I had something similar which meant that my handwriting never developed, I would write letters the wrong way round and things like that, and that meant I never did very well in English lessons. The teachers never liked what I did because my writing was so poor.

And when I went to Middle School, and later High School, where you had to write essays, because I wrote so poorly, the teachers really never encouraged me at all, if anything they reacted with despair. 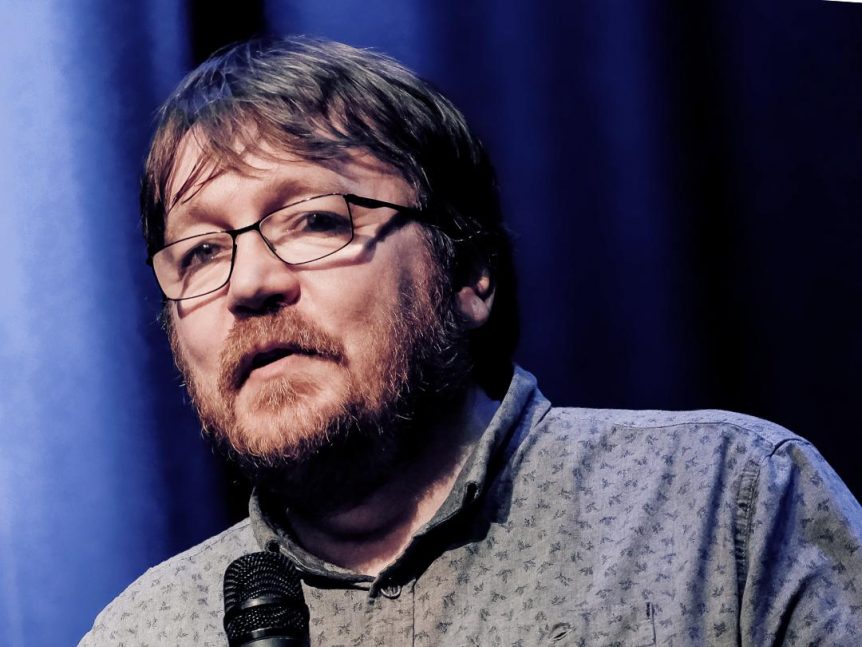 That must have been very difficult?

Yes it was, and there were no computers then so it was hard to find a solution to the problem.

And you went on to study computers and IT?

Did anyone encourage you?

At home my parents were big readers, so there were lots of books in the house, and my father was involved in the local drama and operatic companies so I was exposed to lots of ideas and words that way. I was always encouraged to read at home.

I really did love poetry, even at school, but I never really talked about it because the teachers never seemed interested.

How did you find your way back to writing?

I struggled doing my GCSE in English and I think I eventually scraped through on the third attempt. After that I kept reading fiction and poetry and had in my head that I’d love to be able to write but I didn’t do anything about it.

In 2005 I entered a short story competition which was run by the BBC, it was called “End of Story”.

Basically, a group of famous writers wrote the first half of a story and you had to write the other half. I submitted my piece and I was longlisted and then I got a call to say I was shortlisted and then I was told I had got into the final. There was a reality tv element to it in that the BBC followed you around and there were judging panels and I did very well getting to the final three.

I joined a writing group in Portadown, where I live, run by Adrian Fox. Adrien was a really brilliant local poet and he ran the group at the local arts centre. He encouraged me to write poetry, he encouraged everyone to write poetry, and I sent some of my work to poetry journals and competitions.

You go on to be part of the Lough Neagh Writers Group?

Well that really grew out of Adrian Fox’s group. Adrian became ill and couldn’t run his group any longer so a group of us got together. We had some funding to do a project with people in Cookstown and Monaghan and we carried on after that with other projects, making a short film and things like that. 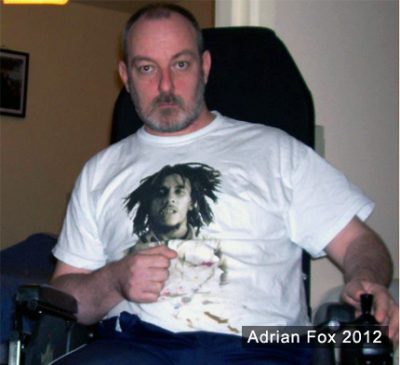 You appear to be part of the writing and the organising side of the process. Is that right?

I think some of my reasoning was that I wasn’t always confident regarding my writing ability but I was pretty sure I could help in other ways, so I tended to get involved in the organising side of things. I could help with administration, I could help with websites and thing like that.

There is another part to all of that is that if you want to be part of a writing group and there isn’t one around you pretty much have to set one up yourself. A group of us wanted to meet up read our material and discuss what we were working on and that meant setting up a group.

One thing I have found though is that there is rarely funding for the actual writing groups. There will be money for projects but not money to run the group which will work on the project.

You also were part of running “Red Pill”?

That was originally local poet Alice McCullough’s event and I had won a few slam competitions by then, the Belfast Book Festival Slam, and there was a Red Pill slam and I won that as well, and so I helped organise some events. The highlight of that was taking a showcase of poets from Northern Ireland down to the Lingo festival in Dublin.

The original idea for Red Pill was to have a regular night where poets, spoken word artists, musicians and comedians performed.

It didn’t really work with the comedians but we did slam competitions and showcases and brought some big-name poets from the UK to perform in Belfast. I met some amazing poets and performers through that group.