Did you write poetry at school?

I hated poetry at High School; I hated the way it was introduced to me, and that is why I am such a stickler for presentation, because many years later as part of the poetry scene in Scotland I understand how powerful an art-form it can be.

I also think that when I was being introduced to poetry it was done in such a way that excluded people, especially working class people.

Does that issue of class matter to you?

It is something that I care a lot about is that need that everyone has to have access to the arts. And one thing about poetry or spoken word poetry is that you don’t need anything to do it. You don’t need a set or equipment, you just need your brain.

When I was first writing Spoken Word Poetry I didn’t even write anything down. I composed the poems in my head, I worked on them, I practised them, and eventually I would have them ready to perform. And they were relevant.

When I was introduced to poetry at High School, I came from one of the New Towns in Scotland and all the poetry was about farming and living on a farm. It was about fields, and wilderness and the past, in a way that I could not relate to at all.

Did that make you look in other directions?

I gravitated towards acting and I would write a little in terms of sketches with my theatre friends, and we would work on little plays and things like that but for a long time I really did not write anything at all and I wouldn’t have considered myself a writer.

How did that situation change?

I have always been interested in performance. I was involved in amateur theatre as a kid, I tried wrestling, stand-up, anything that offered me a creative outlet. I went to America for a while, did care work for a while and at some point I decided I wanted to get back involved with the Arts scene.

I moved to Edinburgh in 2013 and a friend of mine suggested we go to a spoken word night and at that time I’d never heard of spoken word. I went along and it was brilliant, I was blown away. I looked at the spoken word performances and thought these performers are their own writers, actors, directors, producers and they run their whole thing and that really appealed to me.

So, I went away and I wrote my first poem ever, that was August 2013, and then I went along to an open mic at Edinburgh Fringe and that was the first time I had been on a stage for years. From then on I was hooked.

Where do you go from there?

I started getting involved in the spoken word scene in Edinburgh and we found that most of the nights were very literary, the people would read from notebooks, and it would be quite quiet and there would be a gentle clap at the end, and that wasn’t really what we wanted to do. We wanted energy and fun and excitement, so we started organising our own events and we really wanted events which would resemble a stand-up show; events that had a more performative element to them. 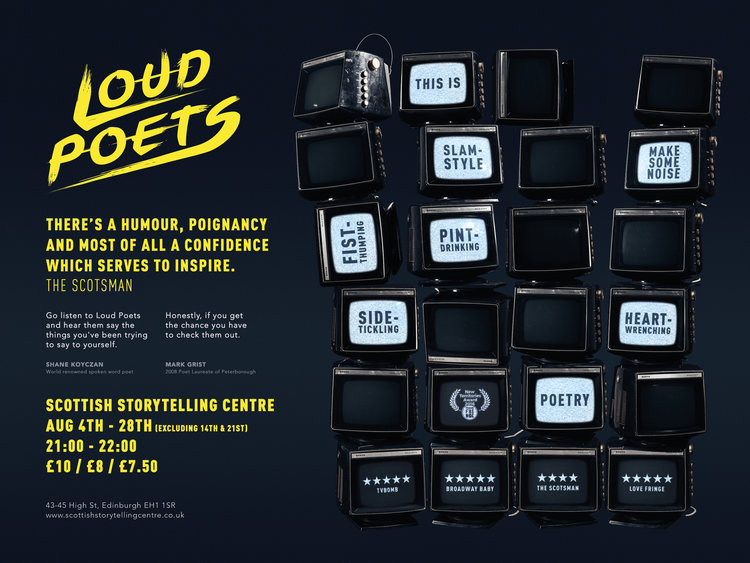 You produced your own show?

Yes, the first Loud Poets show, in February 2014. And we made lots of changes to the way things had been done up until then. We concentrated on performance and we insisted that people learned their work, we didn’t have a host, we didn’t have sets, you would perform one poem and then you would introduce the next poet. The idea behind the name was that this would be very different from the standard quiet poetry reading.

We had 180 people pack out the University of Edinburgh Student Union, which was really wild. By the August Fringe we were able to do 14 nights at the Scottish Storytelling Centre, and for that we brought in some musicians and they would improvise around the poets. That became a hallmark of what we did.

How did that develop?

Well that all became part of what a Loud Poets show was all about. We had poets and musicians and from there we did shows in Glasgow, we did bigger fringe runs, we’ve been at the Edinburgh Fringe 6 or 7 times now and at the last Fringe we had 69 poets perform at our events, and many of them were the top spoken word performers from all over the UK. We have taken the show to the Prague Fringe, to Brighton Fringe, we have toured all over the UK.

We were working with musicians, and comedians, and we also had film-makers work with us. When we were able to assess everything, when we were able to reflect on what we had built up, we decided that we really should form a company and do this professionally. 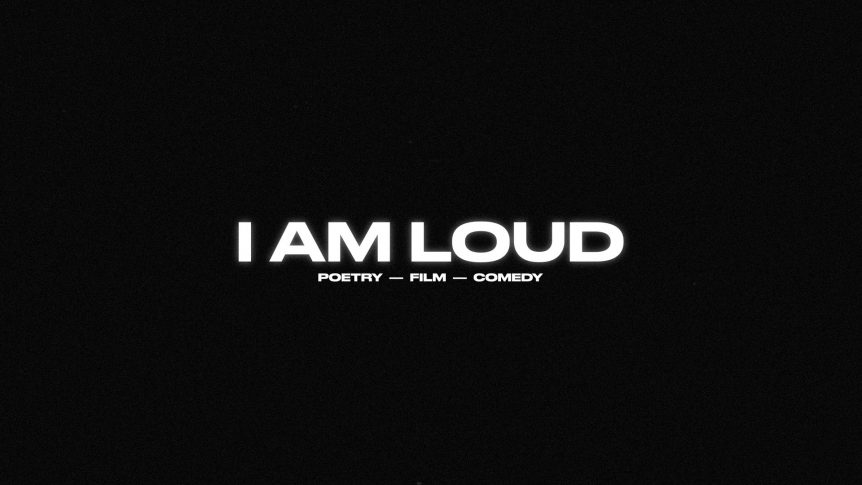 What is the name of the company?

The company is called “I am Loud Productions” and the aim of the company is firstly to maintain a concentration on Spoken Word Poetry, with the primary goal of building an audience and maintaining that audience for Spoken Word performances. And the crucial thing is that we want audiences who would not normally come to see a poetry show, in fact you could say that it is quite a silly idea to market your work to people who are not interested in what it is that you do, but that is what we want to do.

How has that worked out?

We believe that if you start with high level performances and high level production values, and the events are high energy, then we think we can win people to coming along. Almost always at our shows people will say, when leaving the show, that they didn’t know that poetry could be like that.

We like to think of ourselves as the gateway to the poetry scene for many people, and we have been described by another poet, Andrew Blair, who is an excellent performer, as the “pop music” of the poetry world.

See I am Loud’s website at the link below.