Home » Poetry and Spoken Word, The Monthly » The Monthly interviews Kathleen McCracken, winner of the Seamus Heaney Award for New Writing in 2019.

The last time we spoke you were saying that one of your aims was to become more fully integrated into the Northern Irish poetry scene. Have you managed to achieve that goal?

Winning the Seamus Heaney Award for New Writing has definitely drawn attention to my work. Prior to the award I had been included in readings and events and published in journals across Ireland, and as a lecturer in Creative Writing at Ulster University I have for many years mentored other writers, so it wouldn’t be accurate to say that I was a complete unknown. However, my poetry collections are published by Canadian presses, the New and Selected by a publisher in Brazil, so there hasn’t been significant distribution of them in Ireland or the UK..

Winning the award made a wider swathe of people aware of my presence as a writer in this country. A very welcoming community of poets and writers here in Northern Ireland and further afield have seemed to take a greater interest I my work since 2019. I have done a lot more readings in the last few years and just recently I read alongside Stephen Sexton at the John Hewitt Summer School. It was fantastic to be invited to take part in that event.

You had said previously that a lot of inspiration for your writing comes from your life in Canada, but isn’t there is a universality in your writing which allows local people to access your writing?

I do write out of my experience as a Canadian, much of my imagery and language derives from landscapes and intonations particular to certain regions of the country. But I have now lived half my life in Northern Ireland and a number of my poems grapple with issues and ideas which arise from the history and geography of these places. In one of the books I am working on at the moment I have a group of poems which could be called Ireland poems, and on some level I am always writing about the experience of living between two cultures, Canadian and Irish/Northern Irish.

You researched Irish poetry and you had written about Irish and Northern Irish poets?

My MA thesis compared the early poetry of Derek Mahon and Paul Muldoon, and my PhD was a study of Louis MacNeice’s radio plays. I’ve also written a number of academic articles about Paul Durcan, Medbh McGuckian and Ciaran Carson. That research goes a fair way back, to the 1980s, so my interest in, and indeed commitment to, Irish poetry is longstanding, and was one of the reasons I came to Ireland to do postdoctoral research.

Did the pandemic impact the work that you did over the last 18 months?

In a practical sense, Lockdown brought opportunities to do local, national and international online readings that I might not have had otherwise. For instance, just a couple of weeks ago I was able to contribute to the Art Bar Poetry Series in Toronto via their new online format. I’ve probably done eight or ten virtual readings over the past year and half. That we have had access to a huge range of national and international readings and discussions has been one of the few plusses of the pandemic. 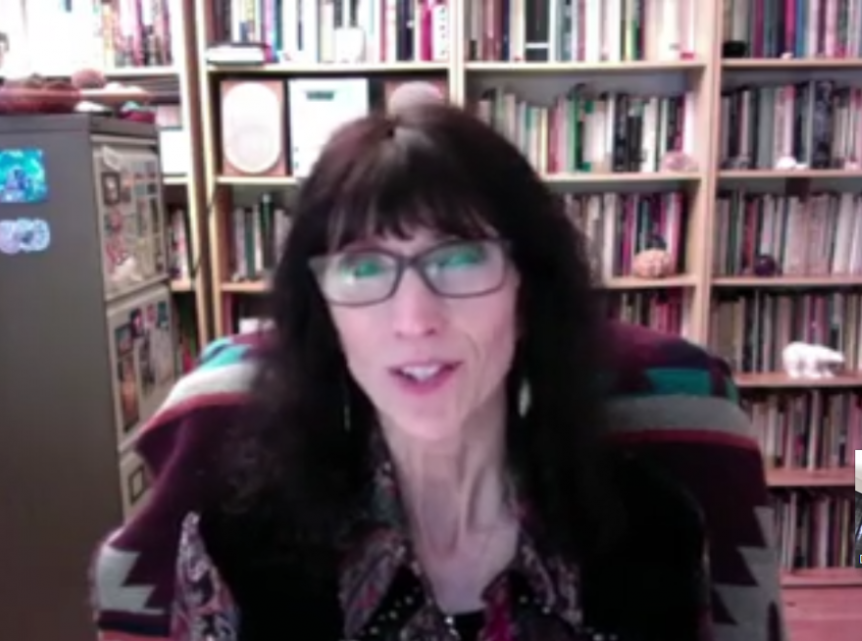 Hearing Terrence Hayes and Mona Arshi read from and discuss their poetry via the online 2020 John Hewitt Summer School, listening to Margaret Atwood speak, from her home in Toronto, about her new collection Dearly – these were instructive and uplifting moments for me, and gave hope and inspiration during some very dark days. In terms of my own writing, I haven’t produced a great deal recenlty. I tend to write when I am ‘up’, when all feels – more or less – right with the world, or when I travel, so its been difficult to get much down on paper since March 2020. I have, though, written a few poems to do with the environmental impact of climate change, and about the loss of close friends. I’ve also been working on an ongoing poetry/visual art project. 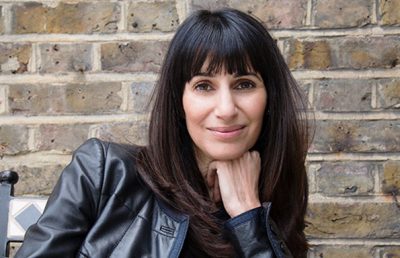 Did you see an uptick or an increase in poetry and poetic writing during the pandemic?

I do know of people who started writing poetry, many for the first time in their lives, during Lockdown. I think for many of us the past year and a half presented a period of time to reflect on what is truly important, how fleeting life is, and more broadly to take stock of what we are doing to the planet, and consequently to ourselves.  Writers, beginning and professional, felt a need to express those thoughts and feelings, and many seemed to find poetry the most natural, and possibly a therapeutic, way to do that. There’s a notable presence not just of individual poems now being published on aspects of the pandemic experience, but a number of journals and anthologies have been devoted to the topic as well.

Have you written about the pandemic?

I haven’t written anything directly about the pandemic, but as I mentioned I have been writing about  climate change and various environmental issues related to it, such as the Australian wildfires, the exploitation of wild animals and the high temperatures and drought that are having such a brutal impact on the North American West. Human mismanagement of land and water and animal life underlies what has brought us to where we are with Covid-19, so in a certain way I have been writing about the pandemic, its seeds and sources.

Have you thought much about the question of Freedom of Expression and the connection to people writing poetry?

The issue of who can write about whom and in whose voice is a thorny one, and I know it exercises many writers, myself included. I think my own view is that if, in one’s writing, the need is there to write about peoples or cultures that are not within your own experience, then you have to do the research, get the facts straight, acknowledge your position as outside, and ensure that you accord the voices and the representations accuracy and respect.

For instance, if a settler colonial author were to undertake to write about First Nations peoples in Canada, they may write from an informed position of genuine sympathy, but that author would also have to acknowledge that they come from a very different perspective and that they do not have the lived experience of a First Nations person. I have a poem called ‘Kananaskis’ which tries to do something along these lines. In it the speaker, who is obviously white, is asking questions about the gap between the official names for mountains in Kananaskis country, which is in south-eastern Alberta, and the names indigenous peoples gave those mountains before colonisation. Those original names are still there, vibrant and humming with meaning, but they are largely unknown or unrecognised by travellers and tourists because they aren’t on the maps. At the same time,

I don’t think writers should feel limited to writing only about what they have themselves experienced, and thereby marginalising the positions and perspectives of diverse cultures. That kind of constraint and myopia is unrealistic and exclusionary. A vital part of being a writer, in my view, is cultivating empathy, the ability to imagine yourself in someone else’s shoes, and finding ways to spark that empathy in readers through the creation of characters or the evocation of a powerful voice.

As a touchstone in all of this I turn to the Vietnamese-American poet, Ocean Vuong, who has spoken with intelligence and humanity about the issue of cultural appropriation. In his view, if the research is accurate and the writer is respectful of and sensitive towards the subject, then the outcome is not exploitation or appropriation but the encouragement of mutual understanding. Writers must be free to use their imaginations, to let go of the ego and walk away from the self. But at the same time we need to be cautious and informed and definitely avoid stereotyping, misrepresenting or in any way exploiting those whose experiences are different from our own.

Now the last time we spoke to you, you were in the process of working on a collaboration of music and poetry with John T Davis. How is that coming along?

I think when we last spoke we were beginning to plan a poetry/visual art exhibition entitled Mustangs / The Ballad of Gideon Light, which was scheduled to take place at the John Hewitt International Summer School in 2020. When Covid happened it had to be postponed, and it now looks like it will be mounted in a Belfast gallery in 2022.

The exhibition is a collaboration between John and myself, 40 of his black and white photographs of the American West accompany a sequence of my poems. There are over 100 minimalist pieces, each one three lines long and featuring the word ‘mustang’. Together they make up a book-length long poem that tells the story of a shape-shifter called Gideon Light as he wanders the atmospheric Western landscapes that are so powerfully documented in John’s photographs. Gideon is a loner, a drifter, a guilt-ridden soul observing what is happening to the land and its people, and taking account of what has happened and is happening to himself.

There’s a musical dimension to this project. When I perform the sequence John plays acoustic guitar and we are fortunate to have maestro Colin Henry on dobro. And off on the horizon there’s a book of poems and photographs. So Mustangs is a multi-media, evolving venture!