Home » null, The Monthly » The Monthly talks to Mary Moynihan about the upcoming Dublin Arts and Human Rights Festival

What is happening with this year’s festival?

This year’s festival is a mix of online and in person events running over 10 days from the 15th to the 24th of October. We are starting with an opening ceremony to launch the festival and to launch a new online visual arts gallery which Smashing Times is building with an artist called Marshall from Northern Ireland.

The theme of this year’s festival is w-rights. There is a wide range of events from all the partners, from panel discussions, online activities, theatre, dance, poetry, visual arts, combinations of genres, there is a lot on offer from the festival.

The last week of the festival will have at least 3 or 4 events per day and we have a lot of interest in the festival so everything is looking very positive.

How many years has the festival been running?

This is the third year of the festival. Our first year was 2019 and that was an on-site festival where Smashing Times and Front Line Defenders came together.

Smashing Times has been in existence for 30 years and our organisation has always been about using the arts for Equality, Diversity and one of our original board members was Mary Lawler why was the head of the Irish branch of Amnesty International in Ireland. She went on to establish Front Line Defenders which is an international NGO which role is to provide support for activists who are using peaceful means to try and change the situation regarding human rights.

Well we organised the festival and the attendance was about 1500 people and we were very happy with that. Then the second year we had planned a whole series of evets and then Covid happened and we had to move online and we had over 10,000 people attend the festival.

This year the festival will be a hybrid of online and on site events. There are very few positives regarding Covid but one things that we can say, and this is the experience of a lot of artists and arts organisations is that you can get access and you manage to connect with artists internationally in a way that was prohibitive before with regards costs and time restrictions.

Are there any other advantages?

One of the things I have been thinking about is that when you are an arts organisations and particularly if you are working using the arts to promote human rights a lot of the time your work feels invisible. It is rarely mentioned in mainstream media, actually unless you have a celebrity attached to the work they generally don’t want to know, and that is certainly something that has to be challenged. A lot of the work that is on the edges, promoting diversity, work that is celebrating diversity, challenging racism, sexism, homophobia, that work is very exciting and often far more exciting than the work in the mainstream and yet it is not being recognised,

I think that moving work online has really increased the visibility of the work. That I think is a wonderful outcome of the online work. Now we even see ourselves doing rehearsals as a mixture of online and on site, working with people now to produce hybrid activities and events.

Why is the arts so essential to the struggle for human rights?

For me the arts are about connection, and the arts are an important tool for raising the issues surrounding human rights. I think the arts can be a doorway into the world of human rights that are more engaging on an emotional level. Now there are dangers and if an artist makes their work too political or too didactic it rarely works. The aesthetic and the artistic process has to come first and then if you are lucky enough to be able to integrate a thematic element which connects to the struggle for human rights then that is what works from my experience.

My approach to human tights is about generating respect for human beings. Now when you are working in Theatre you are opening up a window into life or an aspect of life or someone’s life, and you look at the transformation that people go on during their life, what roads they travel, where they start and where they end up. Theatre, like all arts, is a great medium for telling people’s stories and that should allow a connection to be made between the arts and human rights.

If you are able to reach people on an emotional level then you should be able to open an avenue where people will be open to discussing issues.

Are there any key themes in this year’s festival?

There are a lot of themes which run through the work being presented. One project worth mentioning is a project that we are running called State of the arts where we brought together 14 artists and how they use their arts to connect with and campaign for human rights.

There is a visual art exhibition with three artists who are looking at the arts from a women’s perspective, issues like migration, the mothers and baby homes scandal, one of the artists is from Pakistan and she is looking at violence towards women and how that manifests itself. 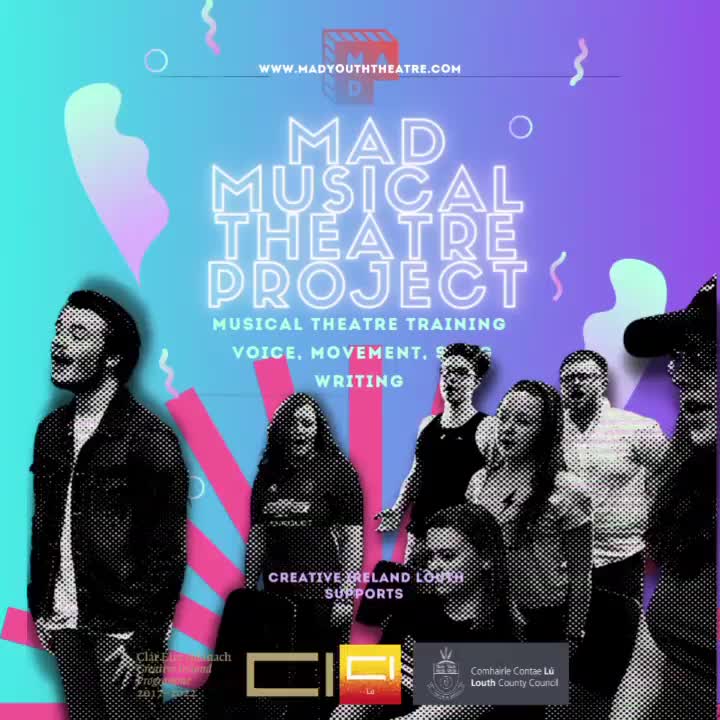 One of our artists has written a play about Irish women in the Second World War and how they were involved in saving Jewish people from the Nazis and that story is being told.

And there is an investigation into the United Nations Declaration of Human Rights ad that is very interesting in terms of the history of that.

I think there is a general theme where people are investigating and interrogating bigger political themes but, almost paradoxically, from a very personal perspective.

Are there artists from Northern Ireland involved in this year’s festival?

Yes. We are building the virtual arts gallery as I said earlier and one of the permanent parts of that gallery will be art looking at Peace. And a number of Northern Irish artists will be exhibited in that section of the gallery.

We are working with Noelle McAlinden who is based in Northern Ireland, and her work is going to be appear on one of the on-site exhibitions.

We also have an event which is bringing together – called Walking the Walk – panel discussion – PEN – writer’s organisation – Freedom to Write group brings people together North and South to discuss Freedom of Expression.

Artists and writers are facing into the wind on this issue and asking the question regarding polarisation – is it possible to work where language can be found which isn’t polarising and allows issues to be discussed.

Just to say that I think there are big conversations to be had around the question the human condition and the struggle for human rights, the struggle for change. Covid amongst other things has really set us up to look into what kind of world we want to see want to see and how we go about changing the world as it is now. The arts has a huge role to play in making the changes we want to see happen

See full timetable at the link below