You end up in Northern Ireland?

Yes, I met a man at University and we had a couple of children and we thought that there wasn’t much for the children where we were living so we decided to move to Belfast where my husband was from.

And how did that work out?

By then there wasn’t a lot of work in the film and television industry and I had moved into working in property by that stage and when I was 27 I experienced an unfortunate situation where I had a small stroke and I was very sick and unable to work. I went from being very active to not being able to do very much at all, and that lasted for a good few years.

That must have had a substantial impact on your life?

I went from being someone who was very active, as I said, to someone who could not do very much and then a friend of mine, Ali Fell, we had children around the same age and we decided that we would join the PTA at the school our kids went to. We actually organised a little festival and that went really well, and we both went to a couple of courses at the Play Resource Centre and that lead to us doing Community Arts work. 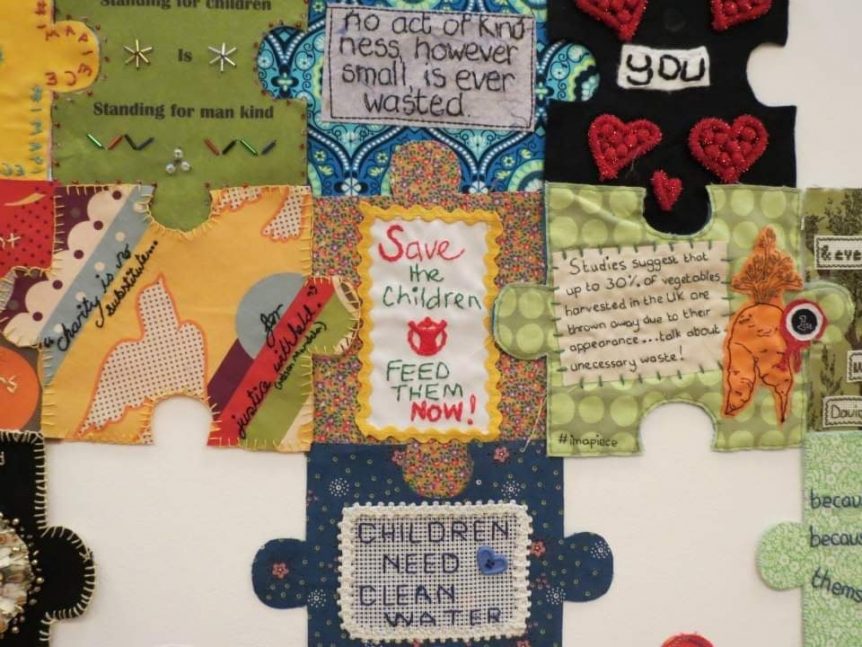 Is it around this time you start to develop a business?

I was being given little arts kits by my family and they were to be used to develop my dexterity, to improve my abilities with my hands. I found that I really loved cross stitch and embroidery kits and that lead me to being very passionate about those kind of crafts.

How does your passion develop?

One of the things I found was that the kits were very old fashioned. I was almost 30 years old and stitching cats next to windmills and things like that really weren’t going to work for me. I was a huge film geek and I loved independent films and mainstream films as well. I began to make my own patterns and they were more connected to popular culture of the time, to films like Star Wars, or Dr Who and things like that.

That was around the time that Facebook had been used to build up an interest in crafts and so I started up my own company called Red Head Thread, and was able to build up quite a following on Facebook. I gathered around 17,000 followers and that allowed my business to take off. 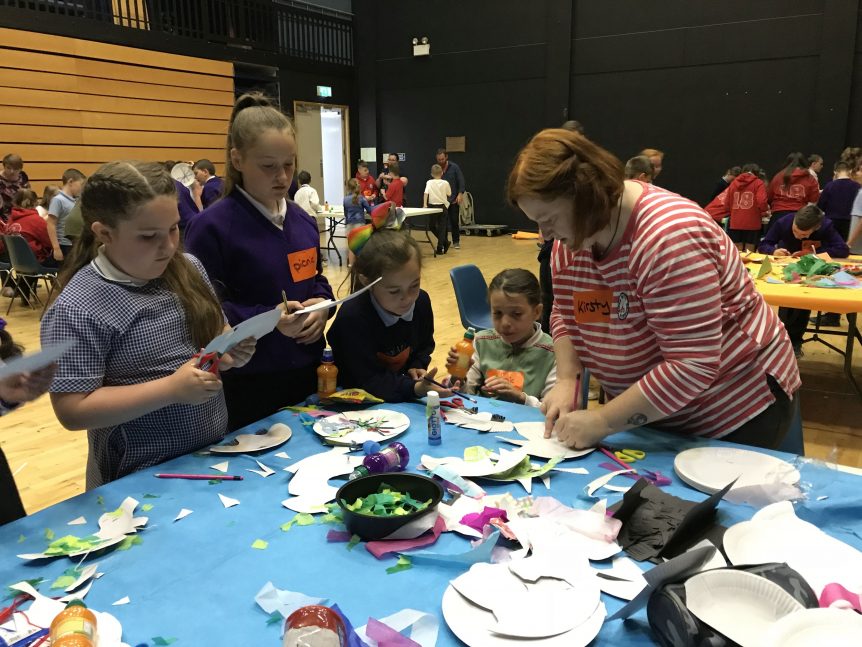 How does that work out?

I started making up small art pieces and I would sell them at the various markets around Belfast. I also moved in to Community Arts activities with Ali.

Ali was at that stage building Seedhead Arts with her partner, Adam Turkington, and we would facilitate workshops and work with children and through that work I met up with Community Arts Partnership. I met artists like Sally Young who works for CAP and other people and slowly I built up my facilitation skills.

I developed quite a wide variety of skills within crafting, I learnt embroidery, felting, I learned to work with textiles and when I had honed my skills that allowed to facilitate workshops using these skills. 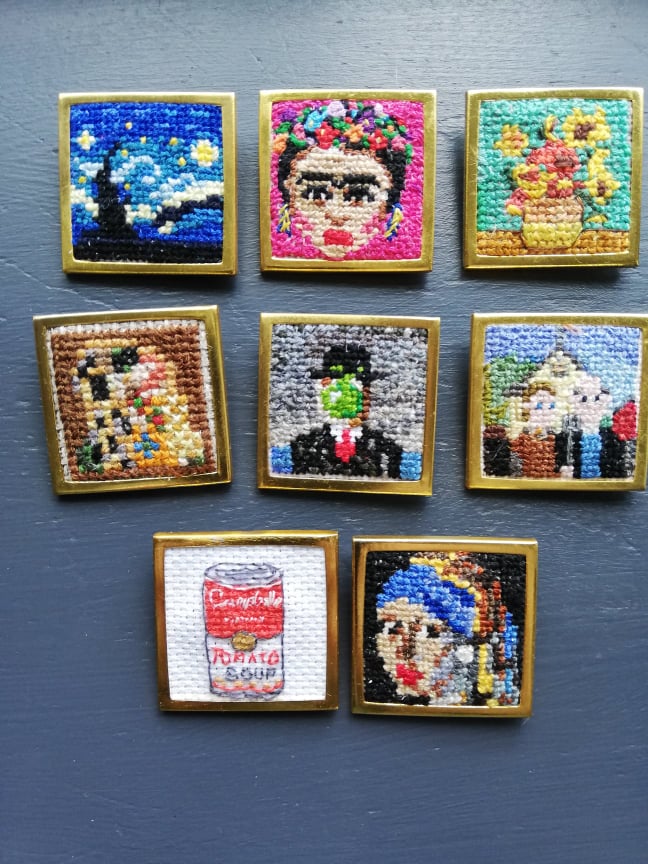 Did you also do other activities?

I joined the Craftivists in London. I think I can be quite restless to do more and I found out about the Craftivists, who were based in London. They were a group that used the crafts to inspire change or highlight issues, and we, a friend of mine and I, saw that there wasn’t a branch in Northern Ireland and so we set up a branch here.

The first programme was Save the Children’s “Race against Hunger”, the “IF” programme, and this was with the Craftivist Collective in 2013. The “IF” programme was based around the issue of hunger. We brought the campaign to The MAC where people came together to help produce a large textile piece. 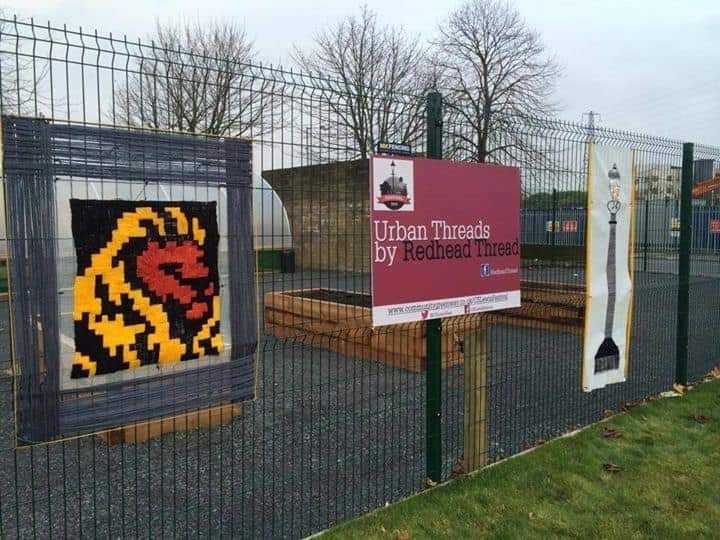 What did that lead to?

I have found myself working more and more with older people and I really like introducing ideas and campaigns into that activity. I find that many older people are much more across current issues than people would think. I might discuss things like Pride and getting people to be part of that or Climate Change, where I have encouraged participants in my classes to produce canaries, representing the depth of the environmental crisis, to be sent to local MP’s.

I have also been part of Yarn Bombing activities as well. I think I am part of ensuring that knitting and other crafts are never boring, that you can do a lot of things which are exciting and connected to the wider world. 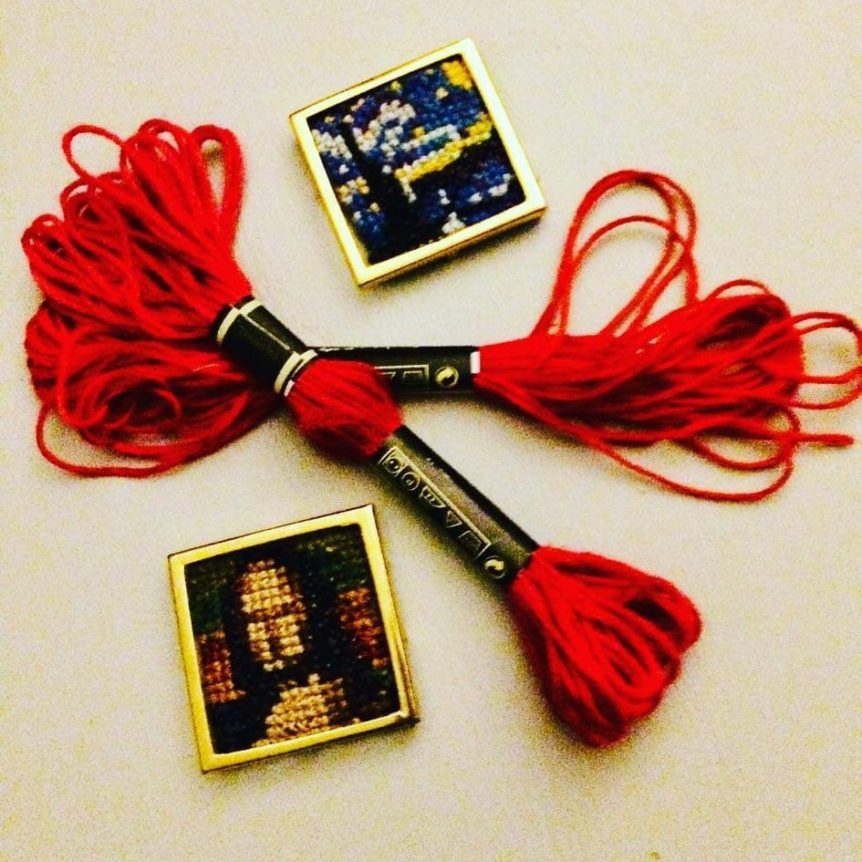 I am working on a project at the moment called the Covid Quilt, and I am working with 4 groups from all over Belfast who have come together to discuss how Covid impacted their lives. All the groups are making a Covid quilt and we are hoping to join that altogether so that the experiences are reflected in a large quilt.

I continue to do Zoom classes with all sorts of participants through the Duncairn Centre and I hope to continue to work in the area that I working in for a good while yet as well as always looking at new and interesting things to add to the basic activities. 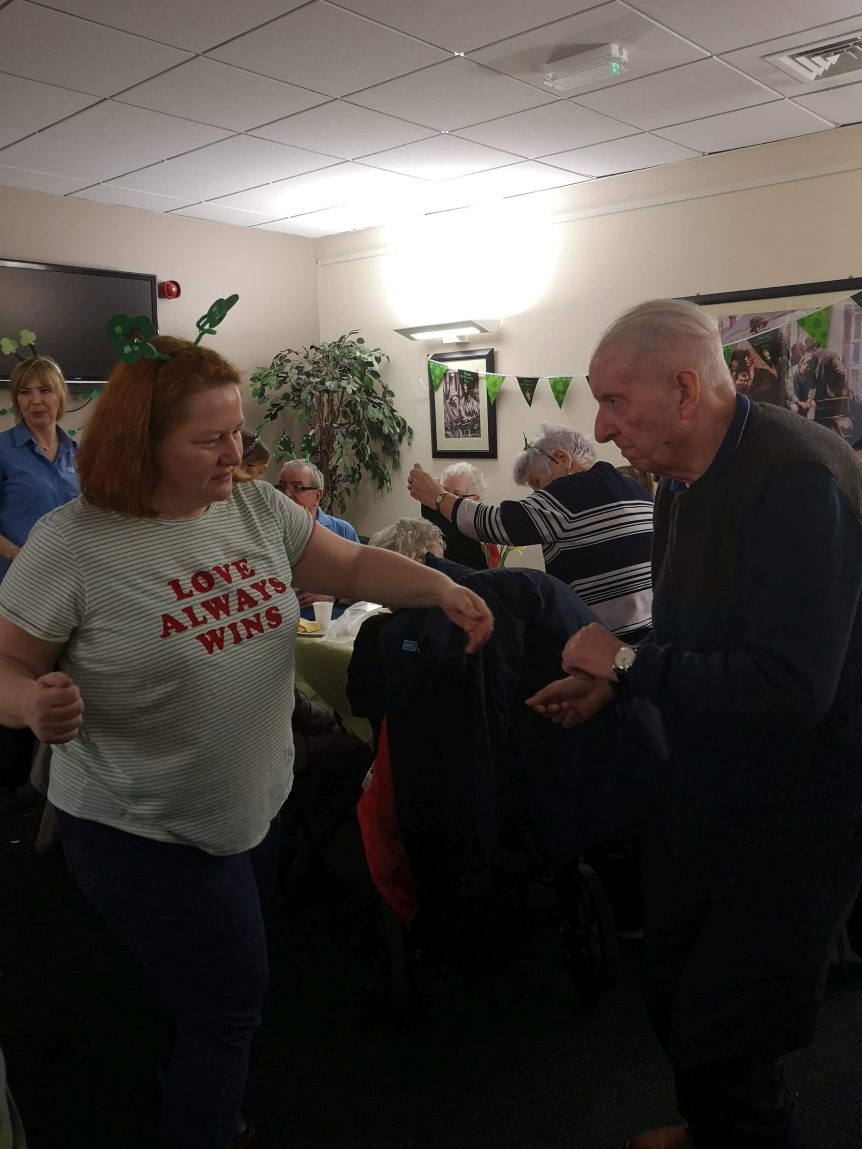 Find out more about the work of Kirsty Mcguinness here: www.facebook.com/redheadthread/