How did the project Room Songs come about?

I live alone and don’t really watch that much TV.  I read, write, record and sometimes just sit and think about things.  During the Pandemic and in the first lockdowns there was ample time for all of that.  I am a huge fan of HG Wells and Jules Verne.  I remember one day sitting in my kitchen/dinning room in my big comfy chair.  I sort of had a daydream and imagined having a crystal lever in my hand (see the Time Machine) I imagined inserting this into the arm of the chair and watching the room change before my eyes! A bit like the mannequin in the 1960 film.  The floor was carpeted then bare then had oil cloth.  The walls changed colours and gas lamps appeared.  I smiled to myself at this and carried the thought on to what might have actually really happened in the room.

I remembered that I had read in the original deed, that my house built in 1900 was originally home to two Jewish Cattle Merchants called Moses and Joshua.  That was the spark for the idea of my track Alpha Omega as I thought about Birth, Death and Marriage.  I then thought, well if I’m feeling this way about my room maybe others would too?

It was at this point that I reached out to Chip Bailey, Jon Moorehead and Bernard Jackson all members of OTH Music Collective and all older male musicians living alone.  By pure happenstance I received an email from Brona Whittaker at Arts and Business letting me know about a new funding opportunity from Bank of Ireland called the Begin together Fund.  We applied and were successful.  All we then had to do was write some music!

Is there a documentary aspect to the project particularly with the production of a short film?

Alongside making the music for this project we decided that we did want to document the process and have a sort of legacy aspect – we were after all in the middle of a Pandemic. 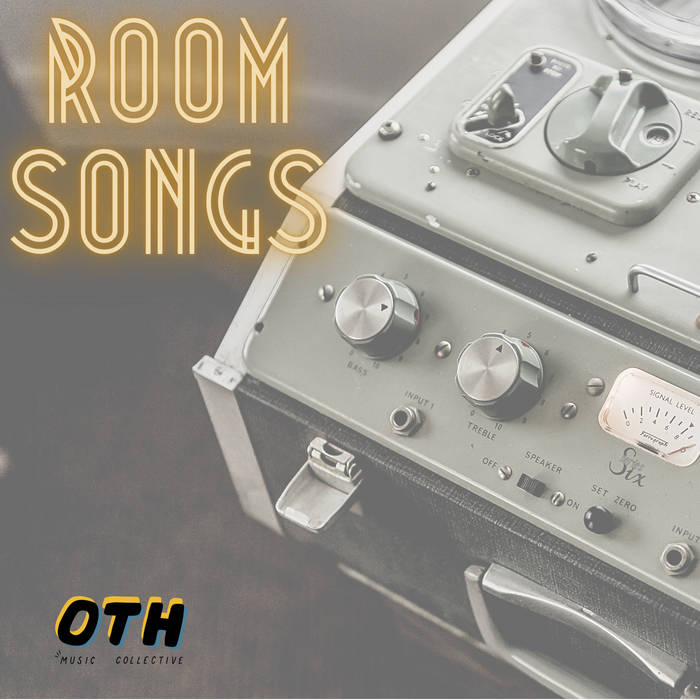 Not everyone was a fan of making a film, to be frank I was not sure about the whole idea either, but after we sat down with the Film Maker Matty Killen it all just made sense.  After we all chatted via Zoom it felt like we were all on the same journey, obviously with four very different voices but we did discover a camaraderie there.  We had a tacit agreement to be totally honest with both our music and what we might say on the film.  We worked out a sort of chapter format which would give each of us a chance to speak then a section were we all got together at the end.When we were finished we had produced music that would be included as part of the score for the film and decided that all of the music should be from OTH.  We premiered the film as part of the Sound Of Belfast Festival in Oh Yeah and were delighted by the response from the audience.  We’d hoped we had produced something of worth and something that was entertaining too.  Hearing people laugh during the showing was such a relief! And we were all bolstered by the genuine enthusiasm and questions that followed.  The film in many ways documented our own personal journey’s but also the making of the music.  We touched on personal issues, which did seem to resonate with the audience – that  was really gratifying.

Do you think the final product matched the initial idea.

I think we exceeded all our expectations in this project.  There were times when it was difficult to produce something creative but we had an idea to work from, we did not have to come up with a complete concept and the premise was open enough to include any really off the wall ideas as well.  We were all in this to make the best film we could and having both Matty and the Jonny Woods on sound meant that we could be sure of a broadcast quality piece of work.  Apart form the content, the audience commented very positively on both the look and sound of the film, which was brilliant! 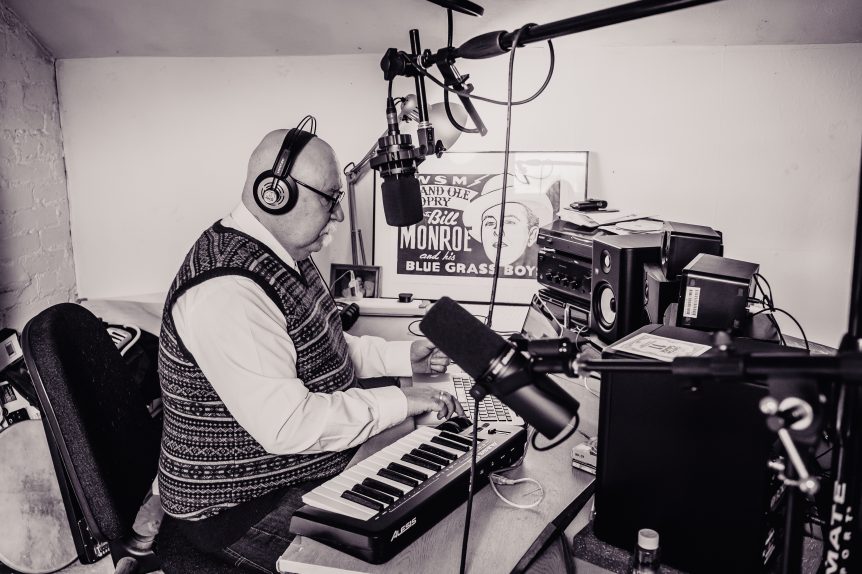 I loved the way each musician took the project in a different direction.  For me I worked with instruments that I would not normally use and tried to push myself.  I used spoken word and instrumentals and tried to think in a more cinematic way to express myself.  We need to thank the funders as they provided full creative freedom and input from all of us.  I’d love it if people both saw the film and then maybe listened to each of the tracks we produced.  I’m proud of Chip, Jon and Bernard – they really pulled out all the stops and we have something really special to look back on.   Photos by Carrie Davenport played a huge part of the film, in many ways they were like an internal monologue for each of us.

We hope to try and use the idea with both the members of OTH and potentially as part of workshops with older people.