I always ask people what their earliest memories are of being drawn to writing, so, what are yours?

This might sound a little clichéd, I can remember my mother drawing the shape of the letter G to me; I can remember the downward stroke of the pen on the page. She had already drawn the letter C and for me to see that just by changing the shape of the C to a G and all that happened after that, the change of the sound of the letter; to me that really felt like a little piece of magic.That is my absolute earliest memory; obviously I must have been very young because I was learning the Alphabet and it feels almost primal in terms of my response.

Did you read much as a child?

I read books like “The Lion, The Witch and the Wardrobe”, and Australian writers like Ivan Southall, and then as I get a little older, music took over and even now I am heavily influenced by music. 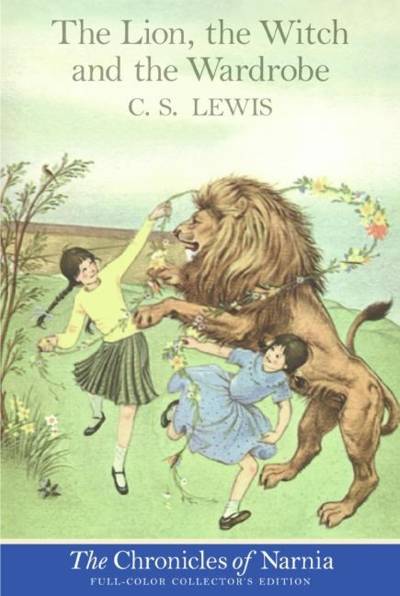 Music became a bigger draw than reading and writing when you were younger?

I think in terms of influences, and sometimes I think this is a weakness, I am drawn to lyrics and it’s not just the words, it can be as much the sound, the rhythm, and then, perhaps, the meaning. Initially that would have been TRex and Marc Bolan and, for me, very much a sense of ecstasy in language.

I feel I can draw a line between artists like Marc Bolan and poets like Frederico Garcia Lorca. There is the same sense of joy in the sound and the beauty of the words, their felt meaning as much as their logical meaning. I think you can argue that there is a hidden consciousness within language that can be found in the great writers in music, particularly rock music. Great writers and great poets like Lorca can find those phrases, those combinations of words, which offer almost a dream language, which allows for connections to language in a myriad of ways, a whole other level to what we might conventionally think of as ‘meaning’.

When you were growing up I am guessing that sport was something that was a driving force at school. Did you have to combat that to make writing your passion?

Luckily I wasn’t very good at sports so that certainly made it much easier for me to see books and literature as something for me.

It is important to say here that I had quite an unusual upbringing. Just at the time when I was finishing Primary School and I was about to head to High School, my father got a job as a miner up in the Northern Territory. My family lived in an industrial town in New South Wales called Newcastle. It’s a coal mining, steel town, but my Dad was going to be working in Arnhem Land, in the Northern Territory. I was doing well at school and so I was left behind to live with my grandmother. That was pretty traumatic for me, and when I look back at that situation now I realise how much that decision wounded me and it forced me to make do with a situation which was quite isolating. Books became a lifeline and I certainly seized hold of books and reading as a way of imagining myself in another world, rather than the one I had been forced into.  It is at that point, around the age of 12 to 13 and beyond, that I really start writing.

The commitment to writing begins as a teenager?

I’m certainly writing a lot at that point, I’m writing stories, poetry, I’m probably thinking that I am writing lyrics or songs too. At some level I am always speaking or singing to myself, I guess. But there is no discipline attached to what you are doing at that age, and I would suggest that you really don’t understand what it is you are doing because words are just pouring out of you.

To me, when I think about the act of writing, and some of this approach stems from that period of isolation as a teenager, it feels like a mood descends upon you, and it is that mood which dictates what kind of writing you are going to produce. I would say that harnessing that mood, so that what you write is accessible to other people, that you can bring what you are writing or filter the mood in such a way that other people can connect with your work, is a huge part of the writing process.

Not really. I think my guides were other writers. Anything which happened at school was too sporadic to suggest that there was direct support to develop my writing, beyond what was on the syllabus. My guides were W.H Auden, Kenneth Slessor, Shakespeare, authors like J.D Salinger and F. Scott Fitzgerald, and if you combine that with the lyrics and music of TRex, David Bowie, Neil Young, the musicians who sort of invite you in to another cultural world, that would have been my support network.

My friends, at that time, were very respectful of the world in which I had immersed myself and that might constitute support in a way as well. We were all trying to imagine ourselves through music so it didn’t seem that strange to use words in that way.

Did you go on to study at University?

All of those influences began to show themselves at University.

I became the editor of the student magazine and that started me down a path where I was able to think I could be a writer. I was getting into people like John Cooper Clarke, Gil Scott Heron, The Jam’s ‘That’s Entertainment’; It was very exciting. And through that I was able to find an area, a bridge where could write about rock music, where I could earn a living and be creative at the same time. Rock journalism is a pretty amorphous, wild form. You can do a lot with that form of writing. So all of those influences combined in different ways to enable me to work and be published.

You follow a career in writing but what about poetry?

I had my career in the journalistic side of writing and I was also able to keep writing poetry, most of which, in all honesty, was pretty bad. I had no sense of discipline and no sense of control over what I was doing.Sometimes that can be great, because that sense of wildness, that untamed instinct, can mean that every now and again you can hit a bullseye. Because of that unfettered approach, you can come up with something wonderful. The difficulty is, that it is almost impossible to repeat and so you spend a lot of time asking yourself how you managed to do it at all.

From that starting point, how does your poetic writing develop?

A lot of my creative impulses fed into the music journalism and other journalistic forms I was tracking through. Poetry and journalism weren’t separate things to me, it was all just writing. But I was kind of lost to poetry for a number of years as my journalistic career took over and I had some success. And then, suddenly, I had the breakup of my relationship in my mid-fifties and that heralded my return to poetry. Poetry really was the art form that protected me. At that point in time I needed poetry. It was like I had been cut open and it started pouring out again, just as it had in my teenage years.

I always remember reading about Charles Bukowski almost bleeding to death because of his alcoholism; the sheer toll of it on his body.  He ended up in hospital and he nearly died. When he came out of hospital he pretty much gave up fiction writing and concentrated on poetry. I can relate a little to that story. At that point, I was writing so much poetry it would exhaust me and I would sometimes wish that it would stop. But, it was the avenue that allowed me to rebuild my life and it stopped me from feeling that it might be difficult to continue.