Were you always creative?

No, I really didn’t do anything artistic or creative at all when I was younger. I was interested in movies, Hollywood movies, especially black and white movies, with people like Buster Keaton and Charlie Chaplin. I absolutely loved movies like that. You have to remember that no one had any money when I was growing up, so there wasn’t much of a chance of doing arts or music and there was no such thing as drama at school. 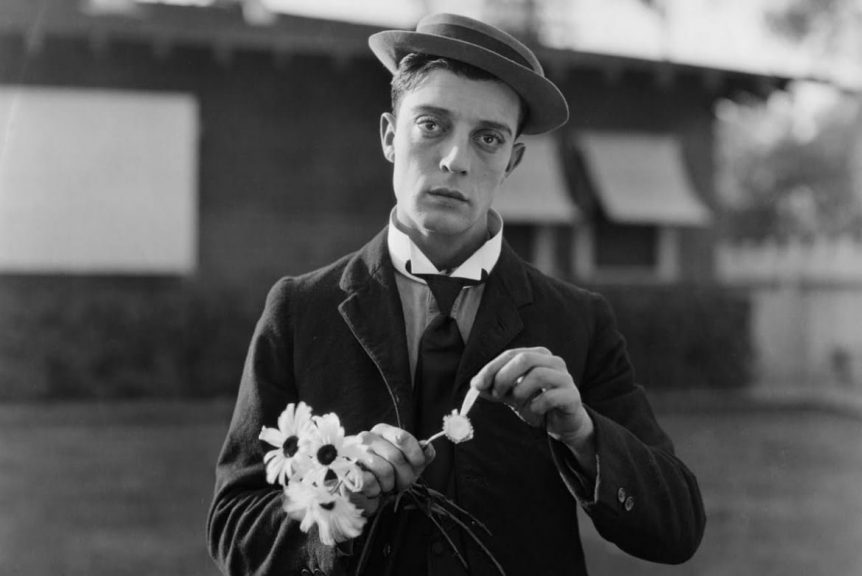 You grew up in the period after the Second World War?

Yes and there was lots of cinemas when I was growing up;  there were maybe 7 cinemas around here and there were movie studios as well. There was The Stadium which played sad movies and The Savoy played westerns, they all had little nicknames and at that time they would accept jam jars to pay for a ticket. After the war everything was rationed and so if you had a glass jar they would accept that.

You really didn’t get involved in anything creative as a young man?

No, I was very young when I went into the Army and I was very young when I got married, I was 22 and my wife was 18 and we had 6 children; so that was a full time job. I joined the Army, Irish Guards, but I wasn’t in the Army long because I had bad eyesight so I had to leave. When I got out I worked in all sorts of jobs, timber yards, general labouring, over the years.

How I started to get into being creative;  one of my sons was into music, and I didn’t even know that because he used to play in his room and he had a music box, and when he left to get married he gave me his music box and I started teaching myself to sing. So I first started to learn to sing when I was 53 years old.

Yes, I had never sung before and I just started practising, singing along with the songs. One day, about 6 years later, the postman came to the door and I always used to make him a cup of tea. One day he heard me sing and he said that he ran charity events and asked me if I would come and sing at an event he was putting on. I thought he was joking, but he was serious, and I was really into Sinatra at the time, so I sang Sinatra at the event. Then after that people would book me for charity events, because I was always prepared to do charity work, and even now I still do shows. Sometimes I do shows for the Returned Servicemen at the Rangers Club on the Shankill Road.

Are you still learning new songs?

Yes and I try to learn a new song every week. At the moment the two songs I’m learning are Merle Haggard’s “Sing Me Back Home”, that’s about a prisoner who is going to his doom. The other song is “Sunday Morning Sidewalk” by Kris Kristofferson. I might also have a Willie Nelson song in the next show. “Hello There” is the song that I might learn but Willie is hard to learn because he has a very unusual style and his phrasing is hard to match.

I’ve recorded my own albums and I am always working on new shows.