When Covid hit, did you move online?

I had never heard of Zoom when Coved hit us and Lockdown started. I saw a gig advertised and I went along to it, downloaded Zoon and thought that it worked quite well. Since then we moved our events on to Zoom and while it doesn’t replace the live shows it has some good points. We have had headliners, featured poets, from the US, from other places, even Australia.

Clive was definitely the prime mover for going online. I have to admit I’m not a huge fan of reading or performing on Zoom, It seems to make the readings very flat for me, kind of like poetry methadone for me. Clive has worked very hard to sort out the transition and to make it reflect that effort.

Your events are very close to feeling like live events especially given that you allow the audience to unmute themselves and applaud. Did you have to think through that approach?

Yes we did. I think we had the first event without applause and that felt pretty soulless, so we moved quickly to having people applaud and it makes a huge difference.

Definitely. I have been to a few events where I have finished my set and there has been no feedback at all and I thought there was something wrong with my writing or my performance; that it wasn’t connecting at all. Then I heard back from people who suggested that wasn’t the case but without the applause, without any connection, it was impossible to tell. Now I think the Oooh Beehive events feel like live events.

We did have to let people know that it was okay to applaud. I think people felt initially that perhaps they shouldn’t do that, but now it really does feel like as close as we can get to our open mic and live events.

Oooh Beehive has been a tremendous success; will you keep the event online or will you move back to live events?

Yes it has, and I think we will maintain this for some time to come. We have kept our community together, we have also met lots of people and made friends through the online activity so I think it is here to stay. We have also made international connections in a way we could never have done with the live events.

It might be possible to do hybrid events where we have a live audience and a ZOOM audience and live poets and digital poets as well. I can imagine that working and I think Clive has been already to events where they do that, but it has been a success.

You also seem to have a comedic thread running through your events?

When I first met Nick he was known as a comedic poet, and while that is true I think it is a little unfair as he writes lots of material with different themes and tones, but he certainly has comedic work and that has filtered through unto the community of poets who come along to some of our events.

I have tended to veer from the serious to the comedic so I have moved in the other direction, but yes in answer to that question I think humorous work is something we hear at our events.

I think though the comedic material has I think been a response to the very serious situation with Coved. I think there was a period where things were so serious people needed to have a laugh.

I think Clive and I have a particular kind of relationship where we are looking to make sure things feel joyful. Even when we have a very serious headliner, perhaps material which will be difficult for people to hear, we make sure that the general mood is one of feeling uplifted.

We are very proud of the Ooooh Beehive and this last year has been massive for us and we think we have put together something which is going to last for a while, because we have a high standard in terms of our headline and feature poets but our open mic is very good as well and that is what we are aiming to keep doing. 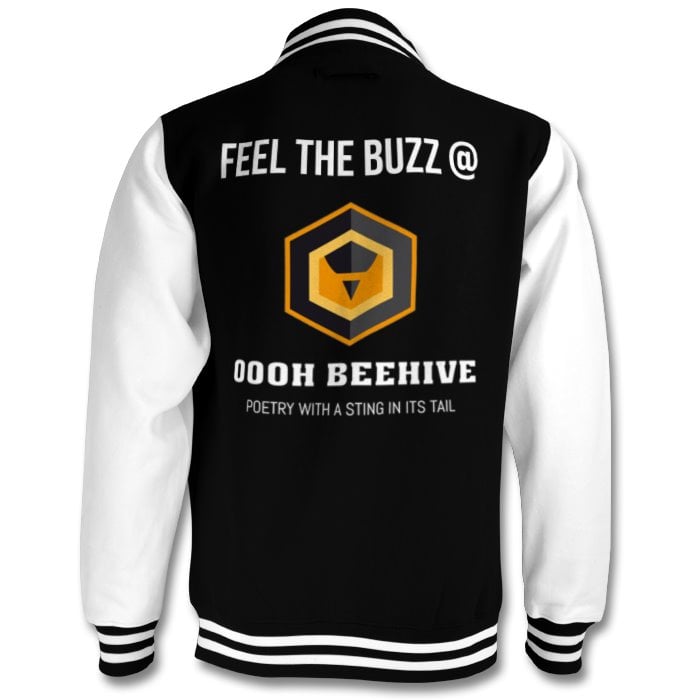