Home » null, The Monthly » The Monthly interviews Maire Gaffney from The Waterways Community about their Storymaking Festival

How did the Waterways Storymaking Festival come about?

The Storymaking Festival was born as part of the early development of The Waterways Community, about five years ago. We were aware of the power of storymaking and creativity for our wellbeing and that influenced the thinking when we were developing new projects to connect people in a deeper way with the waterways. We were also interested in the stories of waterways that were being lost as older people with knowledge of different ways of lives were disappearing. We thought that if we blended creativity with a waterways theme it could be a really interesting project.

In the early stages we ran an autumn festival in Lisburn and had story telling and creative writing sessions that were very popular. That was the starting point for the first festival season. Originally we were very careful in choosing the term storymaking, to emphasise that it is very much about an active, accessible creative making process. We wanted to have a real community base to the festival and we worked from the start with community groups, asking them to express their stories in writing and tapestry. Straight away we could see the energy and enthusiasm from people of all ages.

The Waterways Community; could you describe what the group is and does?

The Waterways Community is a group of people and organisations with a love of waterways. “Waterways” means any body of water, rivers, lakes, canals and seas. Our goal is to enrich lives by making access to waterways easier and more enjoyable, developing people’s awareness and appreciation of the fantastic resources that we have available to us and which are really underused and under-appreciated.

I do a lot of hill walking and there are lakes as well as coastal seas near the Mournes, for example. Is that the kind of area you are concerned about?

If you do a lot of hillwalking you will find that you are often very close to small lakes and to the source of our rivers. You may be walking near the source of the Lagan or the Bann. If you go to the Mournes for example, you have the coastline on one side and Lough Neagh on the other. In Northern Ireland you are never far from water. It is those kind of environments that are at the heart of TWC. 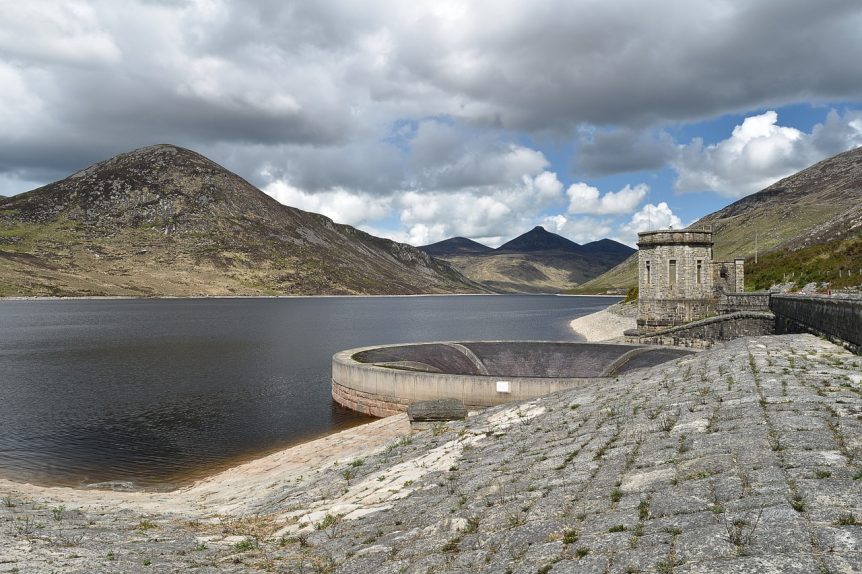 What activities are included in the work of the organisation?

TWC works across three main areas at the moment. We have an education strand, developing educational courses, for example rewilding training. We have a wellbeing strand that taps into the restorative capacity of the waterways. If you go swimming or paddle boarding or any activity involving being in or close to water we can all feel the benefits of that experience and there is plenty of research which backs up the idea that we need to be in contact with our environment to stay healthy. We also have the community strand that the festival sits within and that has capacity building elements with development projects in communities around waterways, around Strangford Lough for example.

How is The Waterways Community constituted?

We are a charity and a social enterprise with a strong sense of our social purpose. We have a volunteer board that works together to keep the proper development and governance of the organisation to the forefront.

Can anyone be a member of the organisation?

Yes. We have a small membership at the moment but we are expanding. Any organisation or individual with an interest in waterways and our mission is welcome to join.

How is the Storymaking Festival organised?

The festival runs over about six months each year. Depending on our funding levels we have facilitated workshops in the festival’s different creative categories. The categories tend to be Poetry, Short Story, Photography, and this year short video. During the workshops we have an open call for submissions through The Waterways Community website. This year submissions are open until the 4th February. There are three different age ranges and anyone can submit in the categories they are interested in.

After the submissions close we go through a shortlisting process with a panel of local judges, completely anonymous as Northern Ireland is a small place. Shortlisted poetry and short story entries are professionally performed by local actors and complied into a video. Photography entries are also compiled in a video and set to music. It makes a big difference to have the sound and images bringing the words to life. The shortlist is then broadcast at the final event to recognise and celebrate the talent involved. Last year we had John Daly as host and Joe Mahon as a prize giver to create a bit of a buzz for the contributors and audience. We find that people get a real kick from seeing their work presented professionally.

There are workshops as well?

From the very beginning we felt that there would be some people who would not have the confidence or the skills to submit material, and we wanted to have that community, capacity  building aspect to the festival, so we set up workshops in community groups and some that are generally accessible so that we can allow people to develop their confidence in the lead up to the submission process.

We want people to be able to participate whatever their age range, level of ability and confidence and we especially want to see if we can help people to uncover their creativity which is a vital element of the festival.

At the moment we still have a few workshops available. If a community group would like to host a workshop, then they can apply to us and we will send an experienced creative writing  facilitator to them. The workshop can be conducted either face to face or online, depending on the situation and government guidance on group meetings.

Any additional information people will need to be able to submit to the festival?

Information can be found on the Facebook page and the website, along with last year’s shortlist and some links for inspiration:

If anyone is interested in collaborating with the festival in any way I would be happy to hear from them and answer any questions: maire@thewaterwayscommunity.org