The Array Collective made history on Wednesday 1st December when they became the first Northern Ireland winners of the Turner Prize, one of the world’s best-known prizes for the visual arts.

The Collective’s success was announced at a ceremony in Coventry Cathedral where they were presented with the £25,000 prize. 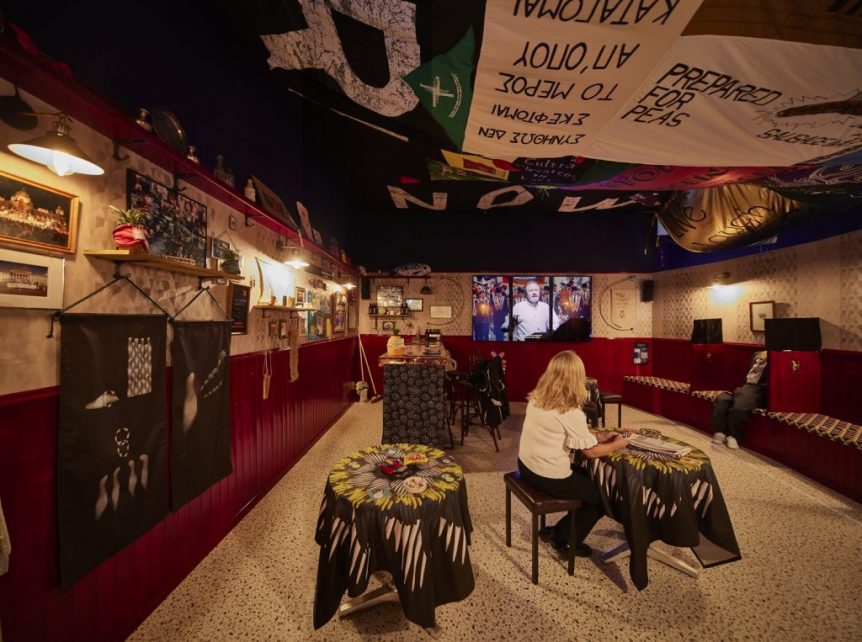 The Array Collective, which has 11 members, won the award for The Druithaib’s Ball, a recreation of a fantasy síbín (‘a pub without permission’). The jury praised the work for tackling taboo topics in Northern Ireland, with humour, seriousness and beauty.