The play “Distortion” looks at, amongst other issues, the political situation in Northern Ireland. What were the reasons you wanted to direct Amanda Verlaque’s play.

I wanted to direct this play from the moment Amanda sent it to me two years ago. We met in a coffee shop to discuss it and we hit it off. Distortion is sexy, political, entertaining, provocative and necessary. The political system in NI is something that is often addressed through the medium of theatre here (they give us a lot to talk about!) but the way that Amanda weaved her take on it into this play was so beautifully original. Its satirical and it’s clever. We sat in a screening in the Mac with a room full of politicians who were totally engaging with the piece. For me – that was a little progress too. 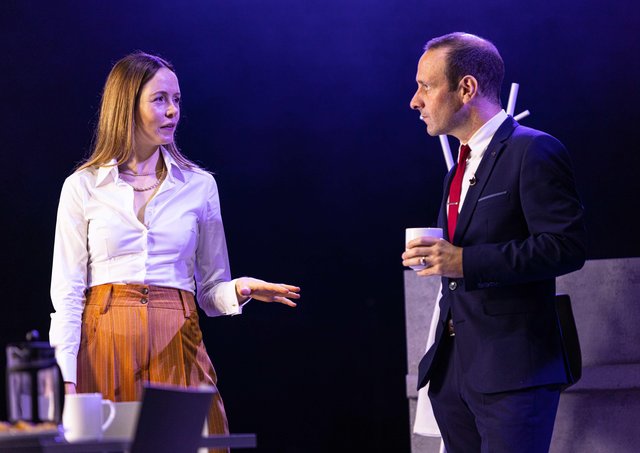 How did the project develop?

t was certainly a process that was new for everybody involved. I had been lucky enough to direct several short films during the pandemic – but I had never trained in directing for screen. It had to be instinctual and collaborative. It was exciting. We approached the 3 week rehearsals much like any other normal stage rehearsal process, but also being super conscious throughout that it was for screen. For example we had the creative team sit around the room at different points so the cast didn’t get used to performing to a specific table or place. We created a storyboard for specific shots we wanted to capture during filming. I also had a brilliant DP Carl Quinn who was a dream to work with – he gave me time, support and managed to interpret my non-lingo ramblings questions and suggestions. One of the biggest things I learnt though was that the camera does so much more work than you think. As a stage director we want to keep the blocking fresh, exiting, interesting but in actuality – for screen we ended up halving the original blocking and opting for something less complicated for which we didn’t need to cover from 100 different angles! The cast very much acted for screen from the beginning of the process. In terms of subtlety, volume, physicality. A two second close-up on a side glance speaks volumes!!

Distortion is presented as a piece of filmed theatre. Was that always the intention or did the pandemic dictate what was possible with regards the presentation of the play?

When Amanda and I met and decided we wanted to work together on this – Distortion was a stage production in our minds. The pandemic was totally the reason for us deciding alongside the Mac to create a digital production. I still hope it has life as a full stage production with a live audience. I feel it needs it.

What are you working on now?

I’m actually currently in the casting and prep process for Amanda’s next play which is being produced by The Lyric Theatre entitled ‘This Shit Happens All The Time.’ It’s a one woman show so very different from Distortion. I am also working on the filming of a huge Ensemble Project with Prime Cut Productions, prepping for Kyron Bourke’s piece of music theatre ‘No Citation’ and looking for more work!! (It never stops!) 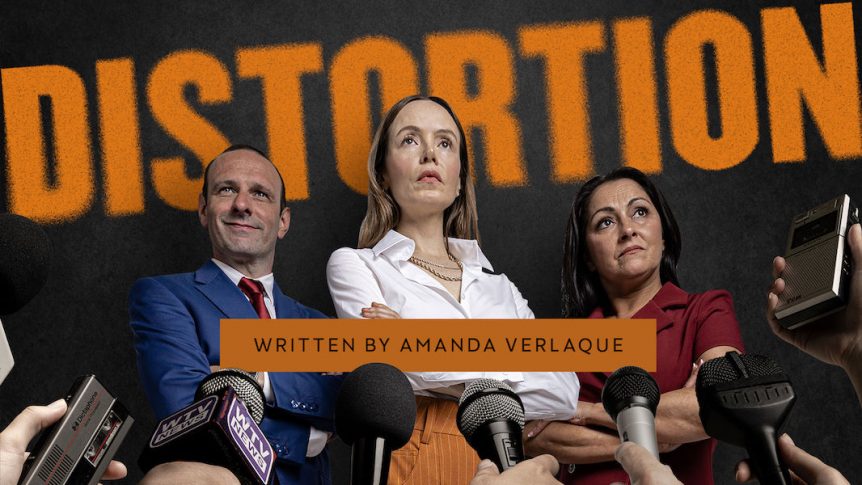 Directed by Rhiann Jeffrey, Amanda Verlaque’s play “Distortion” will be screened at The MAC in January – See more information at the link below