When did you set up Ó Bhéal?

I set up Ó Bhéal in 2007 and there were a number of reasons. Cork at that time didn’t have a specific poetry event that was regular. There were lunchtime readings and annual festivals but no weekly or monthly session where local writers and poets could attend and develop their work.

I had just returned from South Africa where I‘d been teaching and started up a multilingual poetry event, which had been quite successful. It attracted a lot of different voices, people from oral cultures, Zulu and Xhosa, and others, English and Afrikaans, who were more literary, “on the page”, style poets. I was geared towards diversity and inclusivity.

When I returned to Cork I found that some of the events were a bit same old same old, and I wanted something that was more open and varied. At the time there was The Whitehouse in Limerick, Over the Edge in Galway and Write and Recite in Dublin trying to do similar things, as were other events happening in the major cities across the island. I felt that Ireland’s second city really should have something consistent, especially considering the vibrancy of its writing community. 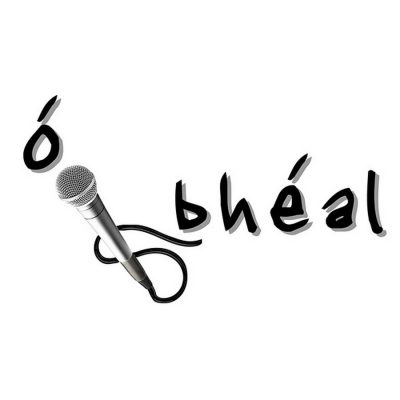 And you went ahead with Ó Bhéal?

I did. I had a fair bit of know-how and drive and it just seemed like no-one else was going to do it. I wanted to emphasis the spoken aspect of poetry, whether written for the page or not, so I came up with a name for the event, Ó Bhéal, which in Irish means from the mouth, or perhaps by word of mouth, and that seemed appropriate.

How did you start the event off?

The first key was to find a suitable venue, so I scoured the city looking for one. At the same time I combed the cultural venues and bars looking for poets and writers.
As The Long Valley was well known for its history of holding literary events since the 60s, I didn’t want to go in there without having first built up some manner of audience and a following. By some fortune at the time I found out that the Cork Arts Theatre were looking for someone to host an event and so that became our first venue.

I created a website, promoted it on Facebook and I had a couple of ideas for how the event should run, including a 5 word challenge (which I picked up during my time in Dublin from emcee Gerry McNamara) which allowed attendees to write something from words suggested by the audience. From the outset this was followed by an open mic.
I wanted the event to be inviting, engaging and also a place where people could feel safe to actually write poetry at the event and potentially share it. All of these ideas seemed to work well. After six weeks working in that format, I expanded the session to include a guest poet section in the middle.

Six months later and we were enjoying regular, healthy audiences, with typically over 40 people. We moved to a pub called Pa Johnson’s for a short while and then into The Long Valley, where we have lived ever since.

Overheads were minimal at the outset, so I didn’t need much in terms of a budget. As soon as we began to include guest readers, that inevitably changed. The Cork Arts Theatre didn’t charge us for use of the space and we managed to stay in there until a troupe of actors hired the stage – which was right next door and became far too noisy. Pa Johnson’s and The Long Valley also offered their spaces gratis, with the unspoken agreement that drinks sales made for fair exchange.

We had very little in the way of funding in that first year. A few bob from Cork City Council, nothing from the Arts Council and Poetry Ireland covered two readings out of a full year’s programme.

In 2008 we managed to get funding from the Arts Council, Poetry Ireland, Foras na Gaeilge and Cork City Council which allowed us to run a full programme of 50 events per year, pay and accommodate the guest poets, which we did for nearly 13 years. We became monthly in 2020. 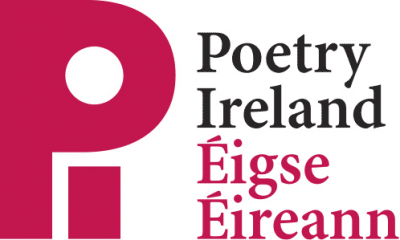 What about the format?

We have always included the five word challenge, which warms things up. It allows people the option to write (and optionally read) newly composed pieces. The audience then decides the best poem and there is a prize for the winner. By then the featured guest has a more familiar connection with the audience and this allows for a relaxed environment where readers can be at ease. The five word challenge has also since produced an international competition, based on the same concept except a full week is given for composition.

It was in June 2007 when we first added guest poets into the event, and for the first 13 years we hosted between 70 and 100 guest poets per year. In 2013 we inaugurated two international competitions (Five Words Poetry Competition and Ó Bhéal Poetry Film competition) as well as our annual Winter Warmer festival, which showcases poets and poetry within other art forms.Since we became a monthly feature in 2020 we have presented at least two guest poets.

Is there a mix of styles and genres with the guest poets?

Absolutely. We started out emphasising our aim for a real mix of spoken word and page poetry, experimental and cross-genre work, but over the years what has become clear is that the vast majority of poets do write for the page. Yet all poems deserve to be spoken and heard and we know that the listener and/or reader completes the poem. So it’s a different poem each time it’s read or uttered. Even though the vast majority of guest poets do write for the page, we aim for as much diversity in genre as possible. We also welcome multilingual readers and are able to work with translations.

See more information about Ó Bhéal at the links below