Home » Poetry and Spoken Word, The Monthly » The Monthly interviews poet and writer Daniela Elza – Part 2 – The background to the collections

When you returned to poetry what ideas or concepts were you investigating?

One of my big preoccupations is the question of “seeing” or at least that was what I was aiming to investigate in the collection “the weight of dew” (2012). At that time we had just immigrated to British Columbia, I had two small children and was experiencing the new place both through my own fresh encounters, as well as through the eyes of my children.

I was interested in how thoughts form, and how we accumulate and weave knowledge.  How we build our understanding of the world, seemed akin to the dew collecting on a blade of grass. It appears to come of out thin air, yet behind it is the complex process of condensation. It drops to the ground when full and too heavy for the grass blade to bear; an impetus to share this weight. 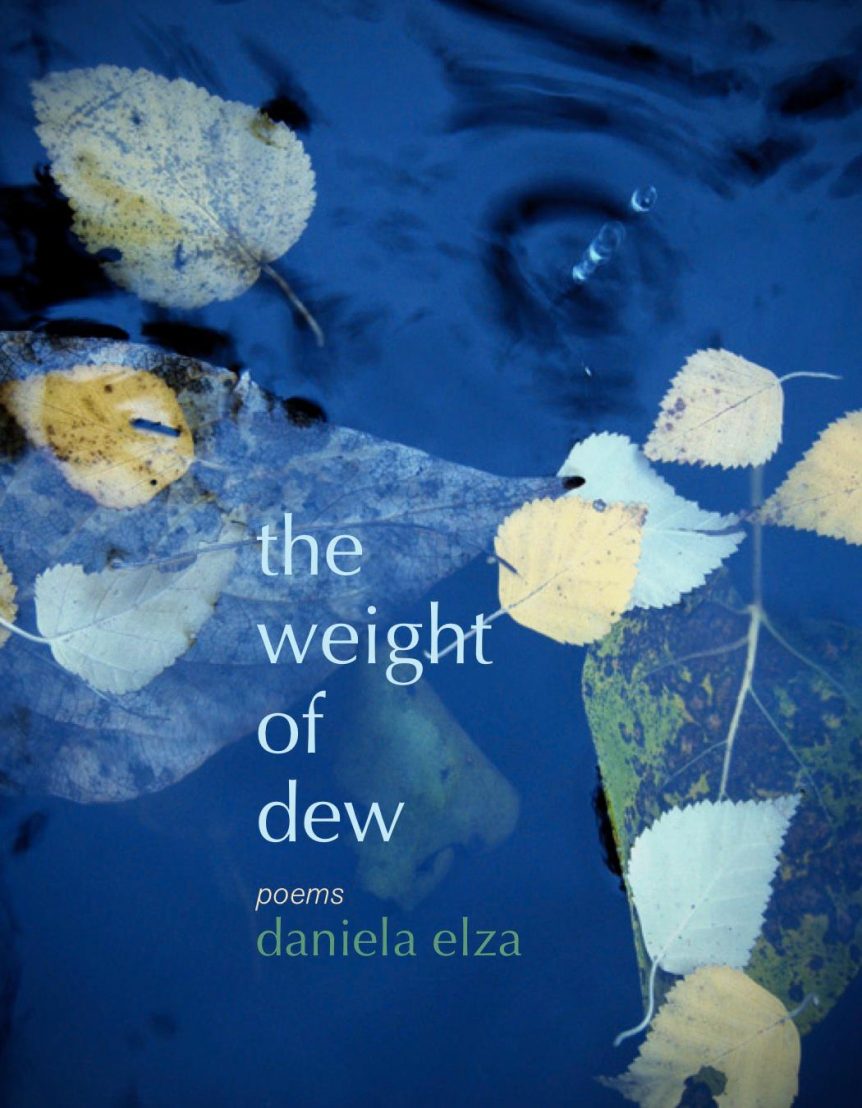 “milk tooth bane bone” (2013) was an exploration of my relationship with the natural world through the images of the crow and the snow. I love trees and I am fascinated with Crows and Ravens. Were did this fascination come from? I do not remember seeing crows in Nigeria. We have a custom in Bulgaria where you give your milk teeth to the crows. I did that. As a child I gave a part of myself to “the wild”. When I asked my parents where I came from, they said I came from “a snowflake”. I dreamed on that image for a long time; an image which suggests that I came from the elements, another connection to “the wild”. This collection seemed to attract only childhood memories, which connects to the wilderness of the child’s imagination, before school subdues it. These are places poetry dwells. So this book became an exploration of the other, and the more-than-human. I later collaborated with vocalist and soundscapist Soressa Gardner on a CD with poems from this book. 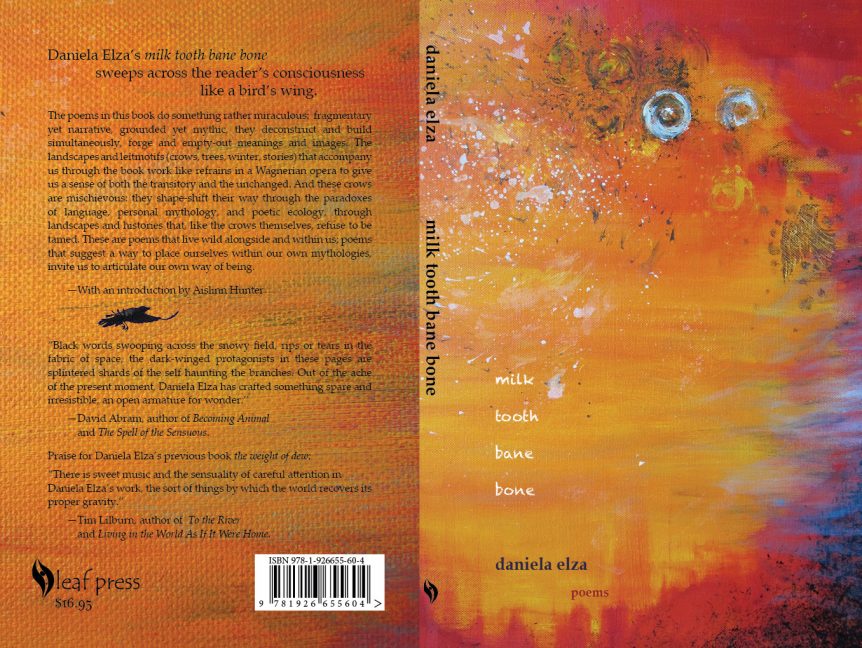 You produced another book based on your academic work?

Yes, “the book of It” was a gift to myself once I had finished my doctoral thesis. It was a challenge to  condense my thesis on pedagogy of the imagination in a form a child could read. And that is exactly what this book did. It starts with an assignment given to a child and then it proceeds to a point where the teacher finds herself unable to mark the work submitted by the child, even though the child fulfilled all the requirements. I self-published it to make sure it came out in the year I graduated from my doctorate. Something I am unlikely to do again as it is quite an onerous task. I did the writing, the layout, the publication, and the promotion. It is too much for one person to do alone.

This cover was drawn by Daniela’s younger son when he was in Grade 3 and was designed by Daniela.

And what follows those collections?

My latest full collection, the broken boat (2020), was an exploration of the presence and absence of love, the space between two, especially people in relationships. Another interesting look at the other, this time the other is the person we choose to live with. How little we know of each other. It was initiated after my 20 year marriage came to an end. It asked questions like: Who are we when loved? Who are we when not loved? How people are in the presence of love, or when we have a breaking down in communication. What happens to the space between. It was a difficult book to write also because it involved another person who is easy to identify. The idea of self-portraits opened a space for the writing to happen.

During the pandemic year the broken boat came out also saw the publication of “slow erosions” (2020) a chapbook which I was delighted to see come out in the world. It is entirely poetry composed between two poets, again my obsession with what happened between two people, in this case between myself and poet Arlene Ang. We worked across continents and after a decade saw the poems we wrote come together in this collection.  I did a recording of a few of the poems for the launch, which have also become even more prescient since the war in Ukraine started.