From last November through March, Secondary pupils from St. Ronan’s College along with members of the Friendly Club in Lurgan met regularly to learn more about one of Ireland’s great artists. 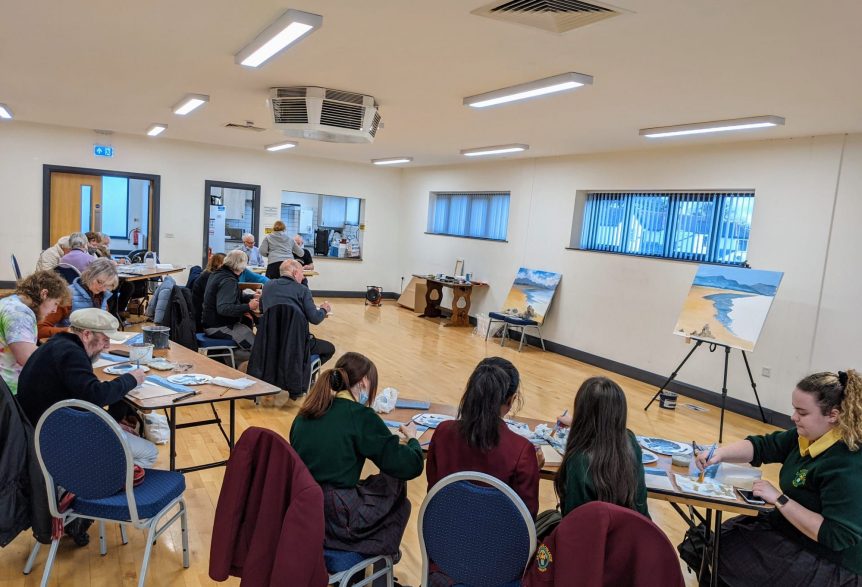 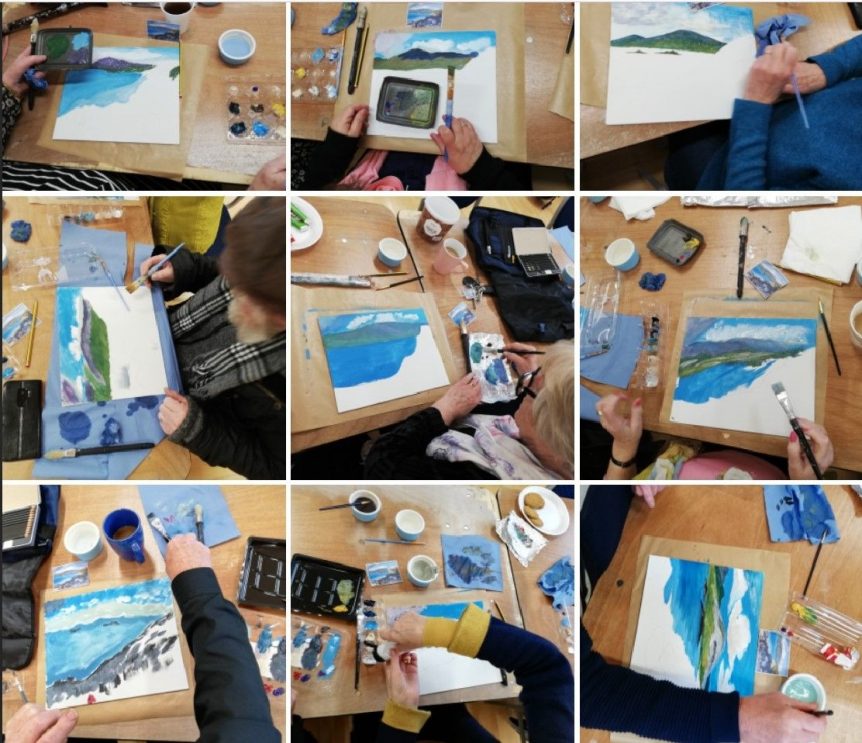 Participants learned of Russell’s influence, connection to the local area as well as his creative and cultural legacy. They emulated AE Russell’s particular painterly style through practice and observation: Each week participants sketched or painted a different landscape or portrait based on a selected work by Russell. They observed his various techniques including gridwork and proportion, creating their own interpretation of their favourite painting or portrait of his. 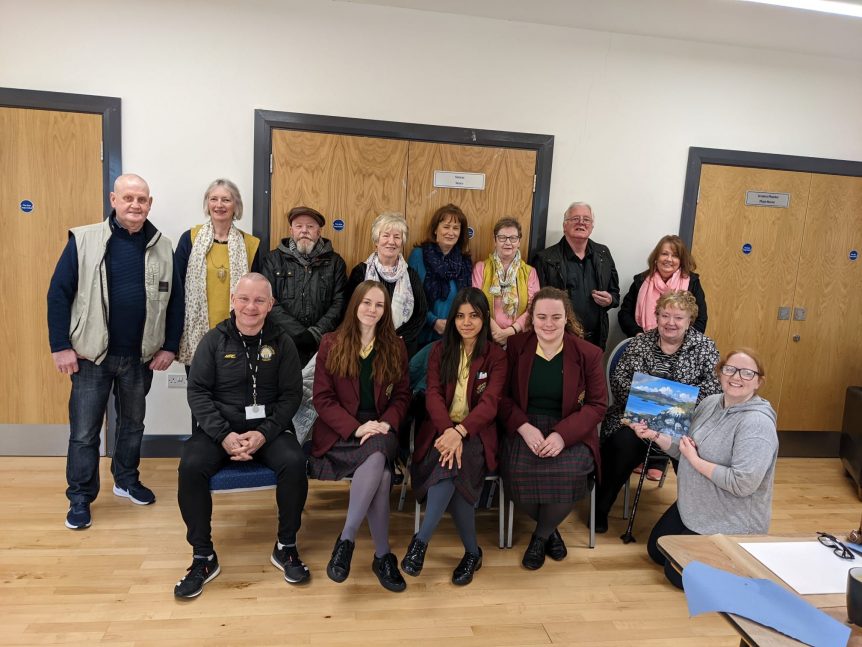 The workshop series began as part of CAP’s 2021-22 programme supported by the Arts Council of Northern Ireland. The AEON project was formed in the hope of igniting local interest in their heritage and, in particular, the legacy of AE Russell. Members from the workshop were invited to the annual celebration of AE Russell on his birthday during a festival in his honour hosted by the AE Russell Appreciation Society. One demonstration of the project’s success was that both the facilitator and participants continued to meet for weeks following CAP’s initial support due to their interest they generated. AEON will gather their work created during this workshop series and create an exhibition at the end of June at “The Hub” on William Street, Lurgan, the actual birthplace of AE Russell. 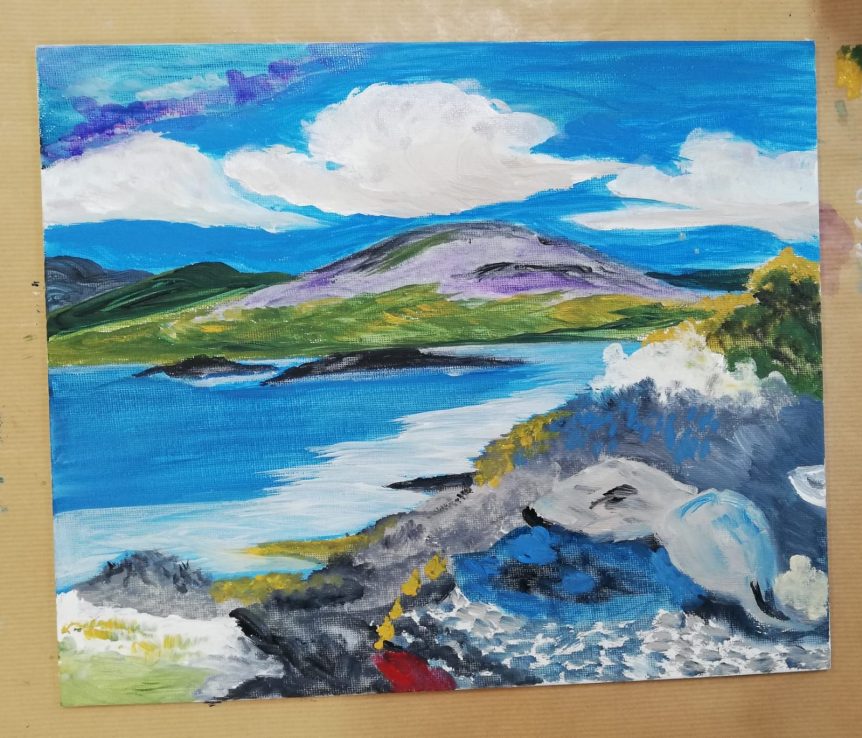