Could you say a little about your academic career?

I did a Master’s in English in 2017 and I was looking at poet-artists like Cilla McQueen and John Pule. I was looking at how they bring together text and visual art and as I mentioned before I was aiming to discuss how you bring those art forms together.

After I had written that thesis, I decided I wanted make some of my own work that was both text and image and I wanted some support to develop that. I decided to do a Master’s in Visual Arts, which I have just completed, and Apertures (a book and Soundcloud recordings) became part of that project.

And how does that process develop?

I went into working on the Master’s of Visual Arts, thinking I was going to do something that was really focused on bringing image and text together. But, I was in a cohort with two really incredible women, Arielle Walker and Emily Parr, who were thinking about their own ancestry and their own place within New Zealand and the Pacific. Both of them, like me, had connections to the UK with their ancestry, but they were also connected to New Zealand with Māori and Sāmoan heritage.

By that point I had already been learning Māori for quite a few years and I had done a lot of papers at university thinking about what it means to be Pākehā, or more importantly, what it means to live in a country that has been colonised by Europeans. All those kinds of ideas were already hanging around me. I was thinking a lot about those things already.

Once I was in this cohort with these two other women, we were talking about that kind of thing every day. And so, it became quite clear that this question of ancestry was going to be the kind of topic I was going to be working with. 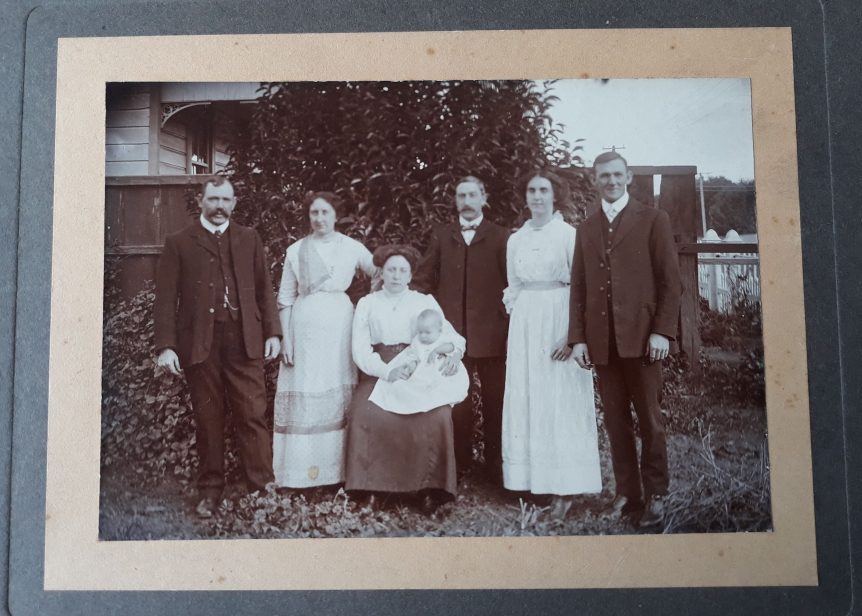 Ancestors – Doug Curtis, was Makyla Curtis’ grandfather – this photo is of his parents, grandparents, aunt, uncle and cousin

the Coughlans, Munsons and Curtis on King Street

Where do you go from there?

I continued to work on bringing image and text together and in some ways that was more a method as opposed to thinking specifically about that process, and the content became thinking about a particular identity. A Pakeha identity. What is it? How is it formed?

A lot of people find that once they start thinking about it, it becomes uncomfortable to acknowledge what has happened in the past and the position that Māori are now in because of what our ancestors have done here.

I think that it’s important for us to find a way to be, not necessarily comfortable, but to be able to acknowledge, without debilitating discomfort, all of that history. I think we also need to find a way to be proud of our ancestors rather than just having a problem with that ancestry.

Those ideas were sort of bubbling to the surface at the time I was doing my Master’s degree and that, of course, was part of how my later work developed. I spent a lot more time on that Master’s degree than I was initially expecting to because of Covid, and there were lots of delays and extensions and so forth.

What kind of work were you engaging in for the degree?

I was doing some very place-based work where I travelled to the areas that my family lived and worked. I did a lot of that with my dad. We went to a place called Hamilton’s Gap, which is where my great, great, great, grandparents first had land which they farmed. That area became a real focal point. 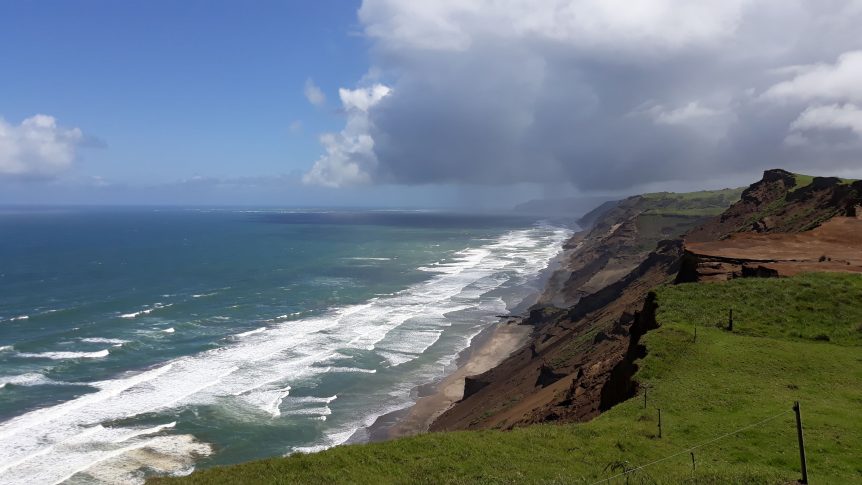 We then travelled to Napier where another branch of the family are from and we did tours together, looking at all the places that my family had lived and worked throughout Napier and Auckland.

What did the research reveal?

One of my ancestors, William Kemp, built a number of buildings all through the Onehunga area of Auckland, including a church in which he is now buried.

I found that one of my ancestors had been committed to a lunatic asylum in the 1870s and had died there. The same lunatic asylum had since been converted into a polytech I had actually attended when I first left school. I also found the coroner’s inquest too, which gave a real picture of what happened to him.

We took this very place-based experience, and that effectively became the research that provided the building blocks of the poems I started to write and that was added to by all my experiences in Scotland. I also drew on all of the research from the archives as well.

I needed to fully understand whose land it was that my family was living on and so forth. And that slowly became Apertures.