Home » Poetry and Spoken Word, The Monthly » The Monthly discusses experimental poetry and photography with Gregory McCartney and Susanna Galbraith, the editors of Abridged – Part 1 – The emergence of journal

When did the Abridged poetry and art journal begin publication?

Did the Abridged Journal emerge from a poetry or visual arts scene?

Yes and no. There wasn’t really a Derry poetry ‘scene’ to speak of at the time though Abridged’s precursor was a poetry magazine called The Chancer (created by ‘A Bunch of Chancers’, a poetry performance group) which ran for five or six issues in the late 1990s and early 2000s. It was short lived as many poetry magazines are, but it inspired the idea of a magazine that would mix poetry and contemporary art in a manner that would have a particular theme and conceptual aesthetic. The title ‘Abridged’ wasn’t terribly popular with anyone at the time and the first email we received was somebody complaining that it was very negative.

The first few magazines and first exhibition was created in the Context Gallery (now the CCA Derry/Londonderry) so in that sense it originated in the visual arts world, though again there wasn’t really a scene at the time. We’re based in Verbal now, which is ideal for us. The first few magazines were very much baby steps. We look back with a slight shudder at the paper we used and our design and curatorial choices. But they had indications of the path we would take. We’ve been very fortunate in that The Arts Council of Northern Ireland have supported us from the beginning, something we’re really grateful for. We want Abridged to be free and it wouldn’t be possible without this. 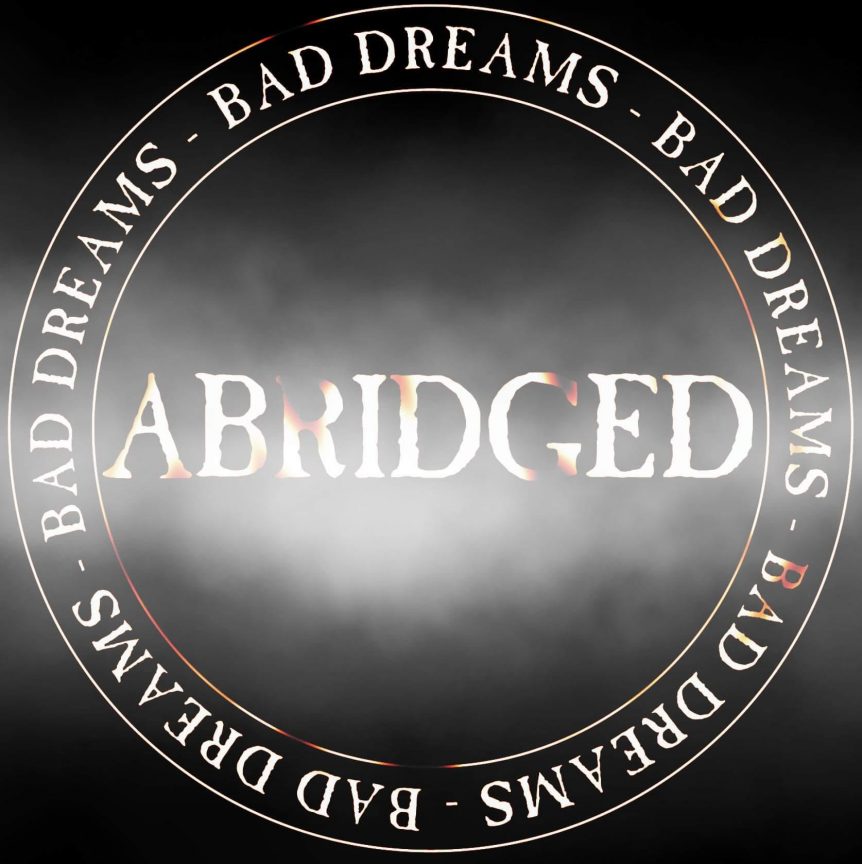 What were/are the key ideas or theories which the Abridged Journal adheres to?

The original concept was that we’d riff off the word ‘Abridged’, i.e. something foreshortened, something missing, something incomplete. It would be a ‘curated space’ where poetry, art and design would exist as something more than one illustrating the other. We were influenced more by music than we were by the publishing world. Each issue we wanted to be the equivalent of a gig where sweaty bodies collide amidst the smoke and lights. Or a forest in which you could lose and find yourself. We created our own over-exaggerated gloomy little world two steps away from reality. Little did we know that the ‘real’ world would soon be virtually indistinguishable from ours. We tried to determine which way the wind was blowing. ‘Nostalgia was a Loaded Gun’ was an early issue about the political/social obsession with the past for instance. We’ve had Mutation, Dis-Ease, Contagion and Relapse issues that explored the viral both in the actual and virtual eco-system. We even recreated The Divine Comedy with a Torquemada/The Never Never/Take Me Home trilogy, the alteration being that there was really no difference between Hell, Purgatory and Heaven. We anticipated the return of Cold War/Nuclear fear in issues such as 1979 and Mercury Red.

Our latest obsessions were with ‘dark goddesses’ (Nyx, Kassandra, Echo, Eris, Persephone) that discussed myth, technology, fear and blame. Our next issue is ‘Dance the Ghost’ which articulates how old ideas are reborn and reclothed for contemporary consumption. We’ve kept a particular aesthetic for nearly two decades. We try not to be obvious. We’d never do a straightforward ‘Love’ issue for instance, or be ‘straightforward’ about any of our themes or issue titles, really. For us, it’s all about ambiguity – what’s lurking in the smoke and the lights and the wings, and the weird connections between disparate things in human history and culture that help us understand the weirdness of being here now a little better. For those wishing to submit to us it’s worth having a look at previous issues to get the idea of things.

Exhibitions have also been a very important part of the Abridged project and we’ve curated quite a few of these over the years. For our 10 th anniversary issue for instance we collaborated with Kelly Richardson and Void Gallery, Derry plus Millennium Court, Portadown to create a massive Sci-Fi video installation featuring a wreckage strewn Mars amongst other things. We have at least two physical or online exhibitions per year.

Yeah, we should perhaps change that descriptor now that we think about it. At the time it was meant to mean we’d like submissions pushing beyond the norm in terms of subject or form from traditional stuff that we were seeing published by some other magazines. These days we’d say we want poetry that says something interesting about whatever theme or question we’re exploring, or what’s become the Abridged ‘aesthetic’.

Find out more about Abridged at the following link – www.abridged.zone