What kind of ideas do you examine in your writing?

I have a couple of books of poetry which have been published. The first is a very historical work, “A Book of Changes” (2016). I was just out of the academy and so I connected my poetry with the training and the experiences I had. I was looking at alternative histories of Singapore, at a pre-colonial Singapore, and from there the secret histories of my family which had never been talked about.

The second book, “Anything but Human” (2021) was written more for the love of poetry and not in any way from an academic starting point. It has a sense of foreboding that the world is about to end. It is quite experimental. It is trying to find a new poetic language for a world in crisis and in some ways the easiest way to understand the two books is that one book is about the past and one is about the future. 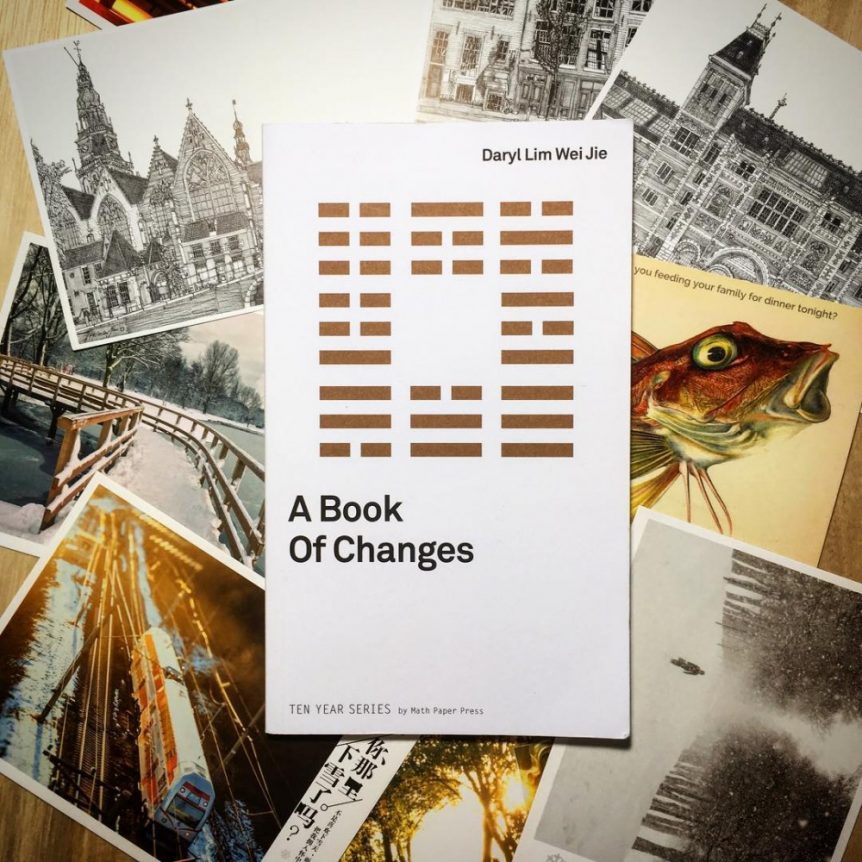 How does form and structure play a role in your work?

Precisely because I haven’t gone through the academy and been taught the formal structures, I would say that my poetry is a little more freewheeling and so I wouldn’t be committed to particular structures. One form that I would work with, and that is evident in the second book, is the prose poem. I think prose poems are something I have been keen to explore. They have the lucidity of prose but they aim to capture the concision and mystery of poetry.

How do you develop your craft?

I try to experiment a lot with space and so I will break up language so the words are almost scattered across the page. This developed through the process of translation. I was trying to translate Chinese poems and the poems I was looking at were generally quite short, sometimes only two lines with 4 words in each line, and the tendency for people when they translate Chinese poems, is to try and translate them as formal poetry. The problem with that is that there’s a tendency of readers of poetry in English to read through the words too quickly. They consume the poems rapidly, whereas classical Chinese poets require a more considered approach.

This method of scattering the words over the page is intended to compel the reader to pause at each word a little more, to focus on each word a little more intensely. By placing the words on the page in a particular way, the reader’s flow is interrupted and I think that is useful when you are trying to get people to pay attention to the words. That process, the combination of my own particular style and the style which emerged through the process of translating other poets’ work, changed and developed my own form of writing.

Would you consider yourself a literary poet?

I think I would be more of a page or a literary poet. I do have work which would sit within the genre of slam poetry. There is a poem in the second book, “Credo”, which has a series of “I believe…” openings and that might fit with that genre.  However, most of what I write would fit more as page poetry.

Does living in Singapore impact the ideas that you investigate?

There is something about Singapore, the fact that it is a multilingual society, and I think that not being monolingual impacts the way you think about language. Many writers in Singapore operate in a bi-lingual space and I would suggest that offers approaches which might not be available in a space where there is only a single language. Some of the best English language poetry I have read comes from people whose first language isn’t English. I think it allows those writers to look at the language in different ways and in particular it allows them to break the rules a lot more.

That happens with Singaporean writers and when you add into that mix all the myths and competing histories in Singapore; the colonial history, the Indian myths, the Malay myths, and all the histories which are relatively unknown, it offers a rich and fertile area to draw from.

Singapore does have a substantial impact in your writing?

Singapore is a young country; it is only 50 years old and so there is plenty to discover. With older nations much of the history is readily available but we are constantly excavating new and exciting parts of our history. We are discovering forgotten languages, forgotten events, just recently we have been looking at the Portuguese influence on our culture and our language. This gives us a very fertile mix of ideas and concepts to work with.

Do you have any influences?

I am putting together an anthology of Singaporean and Malaysian writing because next year is the 60th anniversary of the merger of the two countries, which only lasted only two years, and that is a project I am looking forward to.