We’ve discussed the economic situation regarding the arts, the arts sector and the creative industries. What about the impact of the cuts to the sector?

It is vital to repeat that there is substantial evidence to show that being involved in the arts, and particularly community based arts, participating in cultural exchange, is hugely beneficial to people’s lives. It improves their quality of life, general health, mental health, builds self-esteem, improves communication skills, and as I’ve just put forward here in Northern Ireland is part of building better community relations.

The expenditure on the Arts in Northern Ireland is far less per capita than anywhere else on the islands. Funding for the Arts is about half what it is in England and Scotland and perhaps 75% of what is it in Ireland and Wales, and of course there are regional discrepancies to factor into that equation as well.

Of course, it is reasonable to say that pretty much anywhere you look there have been cuts to arts spending, but because per capita spend here was low to begin with, and the arts have been disproportionately cut compared to other areas in any case, the situation has been made far worse than elsewhere.

There has been a substantial impact on Arts organisations. Organisations have been placed in survival mode, just aiming to get enough money to keep the infrastructure ticking over and rather than looking at innovative programming or new orientations. They are in constant turmoil looking for funding. 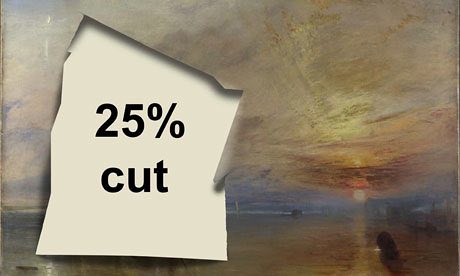 What then of the artists? What has your research revealed about the impact of the cuts on the artists?

As bad as it is for the organisations, if you have no artists you can’t deliver programmes. You can’t deliver cross community arts projects which will provide immeasurable benefits to the participants if there are no artists to deliver them, and so we are in danger of losing programmes, of losing methods of practice, because the impact of the cuts on Artists has been catastrophic.

What my research showed was that firstly in Derry/Londonderry there is very little distinction between people who work as practising artists, actors, musicians, painters, film-makers and those who are involved in community arts, or participatory arts. These, by and large, are the same people.
The people that I have worked with and researched over the last number of years blur the distinction between community arts practitioners and professional artists, musicians, film-makers or actors.

That is important because it suggests that the people who have developed their skills to a very high level to work professionally or semi-professionally, are delivering those skills in a community setting. The skills base for our community arts work is very high.

The cuts have forced many people to quit working locally in the community arts, rather than find themselves in a financially precarious position. They have simply stopped doing what they love to do, taking jobs in other industries or disciplines. I know of Artists who have decided to leave the sector and retrain as nurses or teachers, especially if they decide to stay in Northern Ireland.

Another option that artists have looked at, and many now are taking up, is to leave the region. I know of over a dozen community artists who have left Derry/Londonderry for Belfast, Dublin, Scotland or England – or further afield to Australia, the US and Canada – because they simply could not earn enough money to survive, let alone maintain themselves as an artistic practitioner.

Artists have a precarious existence at the best of times, but up until the most recent cuts, they were able to survive. Through grabbing any work available, committing to working long hours with high levels of uncertainly and often working in difficult conditions, they were able to make a living. That is starting to disappear.

So what would suggest as a solution to this situation?

Well, it’s not just the cuts. It’s the approach. You could make cuts to the bureaucratic infrastructure. I’m sure there is evidence of inefficiency in various organisations and particularly departments which might be worth looking at.

You could reduce the expenditure in some areas and instead directly subsidise the artists, the arts practitioners; the people who carry out the essential work.

I am interested in a number of international examples of policies and programmes that can reduce precarity in the Arts sector for artists and arts practitioners.

In Croatia, every actor who graduates from fulltime training in Conservatoire is offered a job for life, paid by the Croatian state, as long as they are available to work for the National Theatre once or twice a year.

So people who are fully qualified and fully trained are paid a stipend. They can earn money beyond that stipend, as long as they commit to working in their particular discipline within a national company for a certain amount of time each year. That kind of model could include community arts work.

In France, the “Intermittents du Spectacle” system, whereby the government subsidises individual artists, community-based or otherwise, to ensure that they can function as artists and practitioners, is a system which can be very generous. The state provides a basic income and then matches the money that the indidividual artists have earned from freelance arts work. It is the base upon which the French Arts sector maintains itself and thrives. It both supports artists and reduces government expenditure on the arts sector as a whole.

In Australia, the Community Cultural Development Worker model is something I am particularly interested in, where Community Arts Practitioners are directly employed by local authorities, and can be made available to organisations for Community Arts Projects. There are studies which show that not only has this ended precarity and precariousness for these artists, it has also redirected spending away from bureaucratic and administrative costs and in some cases has reduced overall spending on the arts for local authorities. 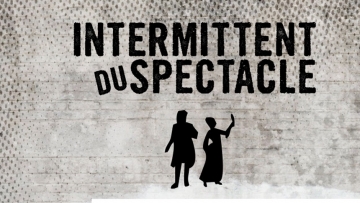 So are you suggesting that cuts to arts funding might be necessary?

No absolutely not. I am not arguing in any way to reduce spending on the arts. Public expenditure on the Arts needs to be increased. In fact, even to bring it in to line with other regions in our immediate vicinity, and this is after they too have received cuts, Northern Ireland needs arts spending to increase substantially.

But it may be the case that there are models which redirect funding and offer us better options in terms of our support for our artists and support for the delivery of arts and cultural activities in community settings.

Another option is the Universal Basic Income model, which is being trialled in Canada, Finland, Scotland, Uganda, Kenya, India and many other countries, is another option. Currently, these pilot studies are generally providing unconditional subsistence level funding to sample populations of people receiving welfare or the general population. It would be interesting to see how this might work with freelance artists in Northern Ireland – few of whom actually receive much, if any, welfare income.

These artists could be receive a base level of support, while being able to earn above that without penalty, and continue to contribute to both the culture and economy. In this way, we could open the door to maintaining our artists and provide a stable pool of workers who would deliver our community arts programmes and other creative sectors, such as the film industry.

If our government looked at that option along with increased funding for the Arts generally, not only would it reverse the impact of the devastation wrought by neo-liberalism and austerity, but it could greatly benefit our society in general.

Today, this is urgent, at a time when there are worrying signs regarding our general direction. The arts can offer options regarding the investigation of that direction and help to finding solutions to a wide range of problems within our society.