What is Neo-Liberalism as you understand it?

Putting aside that there are people who don’t believe there is a clearly identifiable, coherent set of ideas or policies which can be described as neo-liberal, and also that I am not a political economist, so I’m not necessarily an expert in this area, it is the term which dominates thinking and the general discussion regarding the economy

I’ve read a lot about this subject over the last few years, and so as I understand it, Neo-Liberalism is a set of ideas influenced by the Chicago School of Economics*, and by theorists like Ayn Rand** whose critique of social infrastructure as an inhibitor of individual development and wealth creation, which sets out, that any government intervention is problematic other than for providing military expenditure and ensuring there is sufficient infrastructure to enable capitalist growth, has many adherents.

Neo-liberalism at its core promotes the idea that we should reduce government expenditure to the bare minimum, on health, education, the arts; basically anything which is considered to inhibit capitalist growth.

Further, the argument also suggests that the best way to maximise the utility of the land, machinery and people is to have the private sector run everything, and so the doors of the public sector must be prised open to allow for privatisation.

If that is done, the argument suggests, the more money that is made by capitalist corporations, the more that can be released to make jobs for the rest of us, as has been said by Ayn Rand and people like that; the wealth creators are the people who provide for the rest of us. 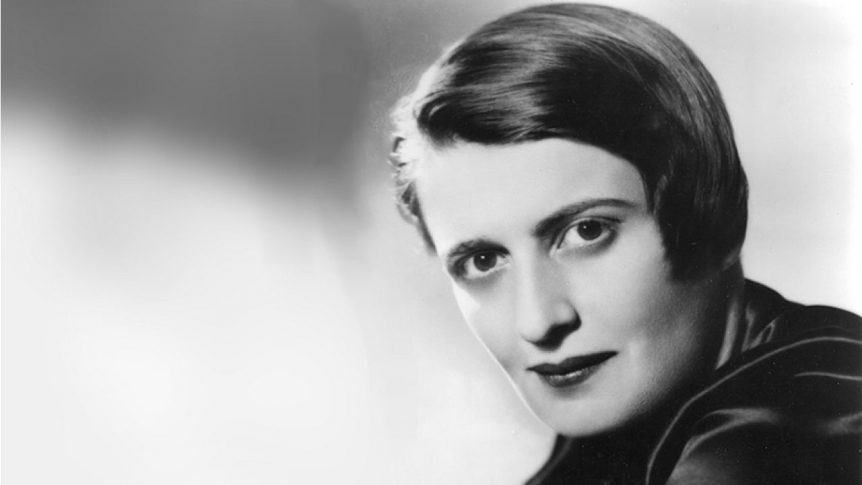 It is the thinking behind Reaganomics and Thatcherism, in the 1980’s,  and many people in the present UK government are committed to this economic approach. That is why the privatisation of health, the NHS in particular, education or privatising infrastructure which was developed by state investment, is the target for governments committed to neo-liberal economics around the globe. And of course the Neo-Liberals target the Arts. One of Donald Trump’s first targets was the National Endowment for the Arts.

What then of Austerity?

Austerity derives from the global financial crisis which occurred in 2008. Trillions of pounds were given over to bail-out the banks which were deemed too big to fail, the argument being that there was a systemic crisis which could potentially bring the entire economic system to its knees.

This systemic crisis, it was argued, was brought about by too much government expenditure on social services and, particularly in the UK, blamed on the Labour government and excessive expenditure on public services, and that situation required intervention.

It was established as common sense that the government had to reduce the deficit, and the debt, and the only way that could be done was by cutting social services, health, education, welfare, and within that context the Arts as well.

Now one of the things which is interesting about this approach is that there is a substantial body of evidence which suggests that this approach doesn’t work; that reducing government expenditure, constantly cutting investment to public infrastructure and social services tends to pull the economy down rather than increase growth.

There is another element which is problematic about this approach and that is that in order for any growth to happen at all there needs to be public investment and that could just be in the things which private companies have no interest in spending resources on, roads, transport, education, the Arts etc. etc.

So, those implementing Austerity have targeted welfare and public services and our sectors which has often been cut more severely than other sectors.

Noam Chomsky suggested that the strategy is two pronged, “cut public services till they become dysfunctional and then privatise them.”

A final point, there is no Austerity where the banks and big business are concerned. There are plenty of funds to bailout failing banks and businesses in disarray.

Within that context what is it that the arts offers society and why should the arts be publicly funded?

Okay – we’ve set out that the arts are amongst many sectors of our society which are suffering from being in the firing line regarding Austerity. The arts sector has received substantial cuts in Northern Ireland (and for that matter elsewhere) over the latter part of the last decade. Why is that counterproductive?

There has been a separation of the Arts from everyday life over the last few centuries. The arts have been perceived as the preserve of the rich and powerful; they have been framed as something for the higher-born, people of privilege, or the extremely or extraordinarily gifted. The gifted artists were often framed as examples of the cultural excellence of their given nations.

This meant that the Arts were something that the vast majority of people could not and cannot aspire to be part of or even understand. There is a legacy of that separation; firstly that it reduces connectivity and secondly that funding which is offered to the Arts by and large is seen to benefit those who are already well-off.

Over the latter part of the last century there was a trend towards the development of community based art, participatory art, a re-emergence of folk arts and folk music, in some ways pop music fits in with this development,  as part of a rediscovery of arts as part of everyday life and there was some funding dedicated to that, but by and large the legacy remains that the Arts has been distorted from its more natural position as the culturally expressive activities of all people rather than just a narrow elite.

So you would see the Arts as something expressly connected to society in general.

The Arts in and of themselves foster the expression and creativity of humanity. It is a part of what makes us human. We create, we play music, we develop dances, we write plays, express ourselves in a number of ways which are part of humanity’s very existence.

We are a creative artistic species. We reflect, we think through our everyday experiences and we create, we make things which investigate our existence. And that is intrinsically human. We also create and make things collaboratively; another vital element of our humanity.

There are further issues worth investigating regarding our everyday existence and the creativity associated with just living day to day. It is worth looking at the work of Erving Goffman or Jean Piaget for more on this view, the point though is that the Arts are central to human activities. 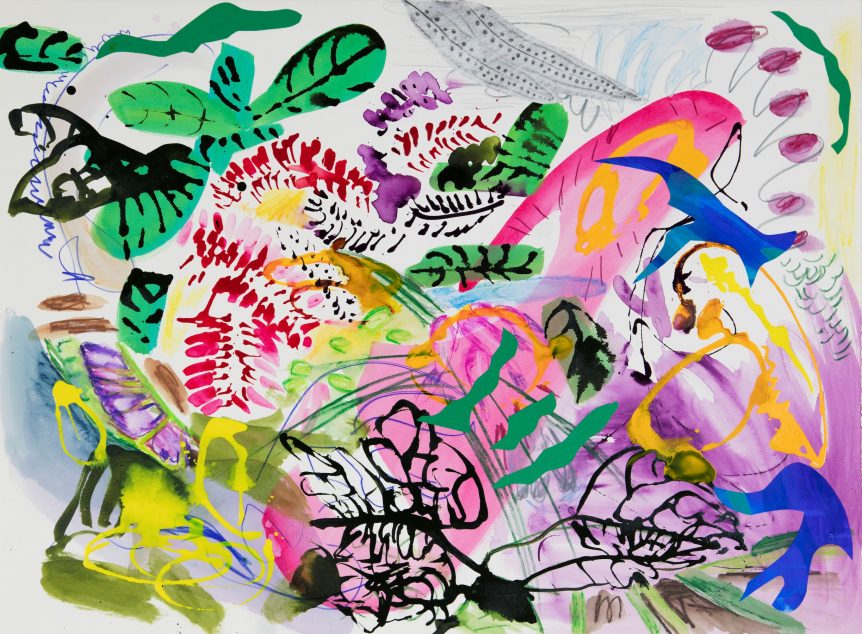 Are you saying then that because the Arts is central to our well-being it should be funded regardless of whether it is financially viable?

Firstly, even in Neo-Liberal terms, the Arts should be funded in order to provide a gateway for people, perhaps very talented people to find their way into the creative industries, which might be perceived as the profit producing end of the Arts sector.

There must be a base level of investment to allow the research and the development of artists, set designers, animators, digital artists, visual artists, actors, musicians etc. etc. some of whom might go on to make vast sums of money.

Now some might say well it’s up the private sector to take a risk and provide that investment. But that brings with it a problem. In this industry there are substantial numbers of flops for every hit and so for every Game of Thrones, for every Beatles or Ed Sheeran, there are thousands, perhaps even millions of activities, of stories, shows, dramas, plays, groups, singer-songwriters which fail.

Public investment is required to ensure that the flops which pave the way for the successes occur without shutting down the industry as a whole.

And this is especially important because there is absolutely no way of predicting what, in the Creative Industries, will become a success, a hit. There is no predictive orientation or process which can say in advance what piece of cultural production will become not just self-sustaining, but which will become a maker of substantial profits.

I won’t offer lots of examples here but your readers should have a look at Warhorse. The path is always littered with thousands of failures before success takes root, and while you could argue that all industries follow this path, it is even more pronounced in our sector.

But that’s not the key point for people who understand that the arts is more than the Creative Industries and the profit making section of our sector.

The key thing is that because human beings are creative beings, arts practice, our cultural lives, are part of an inalienable human right.

The stimulation of creative thinking through artistic endeavour makes available to us problem solvers, innovators, engineers, people who make significant breakthroughs in science and even conflict transformation. 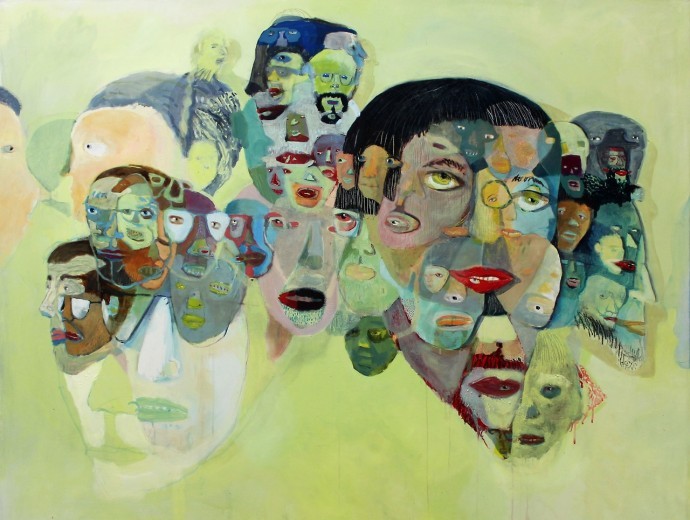 You mention the arts and conflict transformation. Why is the arts important here in Northern Ireland?

This goes beyond even the basic argument I have outlined regarding the arts. In my experience it is often the case that young Protestants and young Catholics get together for the first time through community arts initiatives.

Beyond that, there is the artistic work in prisons, in communities, artistic work which is developed to allow space for the investigation of difficult and challenging issues, often very contentious issues which require delicate and sensitive management. The Arts have played a central role in aiding community cohesion. That simply isn’t up for debate. We have reams of investigative and evaluative material which confirms what I have outlined.

To add a little intellectual ballast to this proposition, John Paul Lederach in his book “The Moral Imagination”, suggests for any conflict to move beyond the cycles and acts of violence that perpetuate the conflict requires imaginative and creative thought, often simply flashes of inspiration. And that kind of thinking, that kind of process, is stimulated by engaging in artistic and cultural exchange.

Whether or not we can create the conditions for lasting peace, whether or not there may be an end of war, it is the arts perspective which aids in this process and that is unquestionably true from my research in the field in Northern Ireland.

My research backs up the idea that the Arts must be funded from the public purse. This kind of work is not going to generate a profit. It cannot be evaluated on the basis of economic mechanics, the question of profit or loss.