We know a bit about your background, the direction of travel with regards your working and artistic life, and we have arrived at you setting up Terra Nova: How does Interculturalism enter the fray here?

Most of what I had done up to the point of setting up Terra Nova Productions had been instinctive.  I was driven initially by a personal need to reconnect with what I valued in the theatre. This wasn’t necessarily a rational decision, it was an instinctive decision to leave a well-paid job to follow my desire to work artistically and creatively.

Three months after leaving the Riverside I went to Hong Kong.

This led to an offer to work on a production of a Turgenev short story, in a Hong Kong Chinese context against the backdrop of the tensions between mainland China and Hong Kong; and I’m Canadian. I loved it.

The ‘Third Culture Kid’ in me felt that this was the way things should be done, the way art should be made. It was a feeling rather than something which had been theorised.

This led to three years of Terra Nova co-productions with colleagues based in Macau, and Macau is an ex-Portuguese colony, has been an international port and a melting pot society for nearly 400 years. This influenced my thinking about what I should be doing in Northern Ireland.

And this was around what year?

In 2007 I had kick-started Terra Nova with, It’s Not All Rain and Potatoes, looking at Northern Ireland from an outsider’s perspective. With comedy. And songs.

This was in the melting pot with my Asian experience.

My thoughts were that wherever cultures rub up against each other, sparks develop and that makes for the potential to create interesting theatre.

From there, I worked on developing a project based on Jared Diamond’s book “Collapse”, against the backdrop of the global population hitting 7 billion. We worked in partnership with artists from ten different countries; from Companies in Hong Kong, London and Macau.

Funded by the British Council and the Arts Council of Northern Ireland, Terra Nova ran a development project in London in 2009, and in Belfast in 2010. We had people from Jim Henson’s stable on the project, and I wrote the script.

In 2011 All At Once I Saw A Crowd (as it was called by then) had morphed into a bilingual English and Cantonese script spanning 600 years and four continents, and we got down to the final four projects in line for £600k from the Wellcome Foundation. At the final call, after 18 months of going through their processes, we didn’t get the money.

That was devastating especially after two and a half years of development work.  It took me two years to gather the enthusiasm to take the work to Greenland to work with their National Theatre.  Then it stalled again through lack of funds. 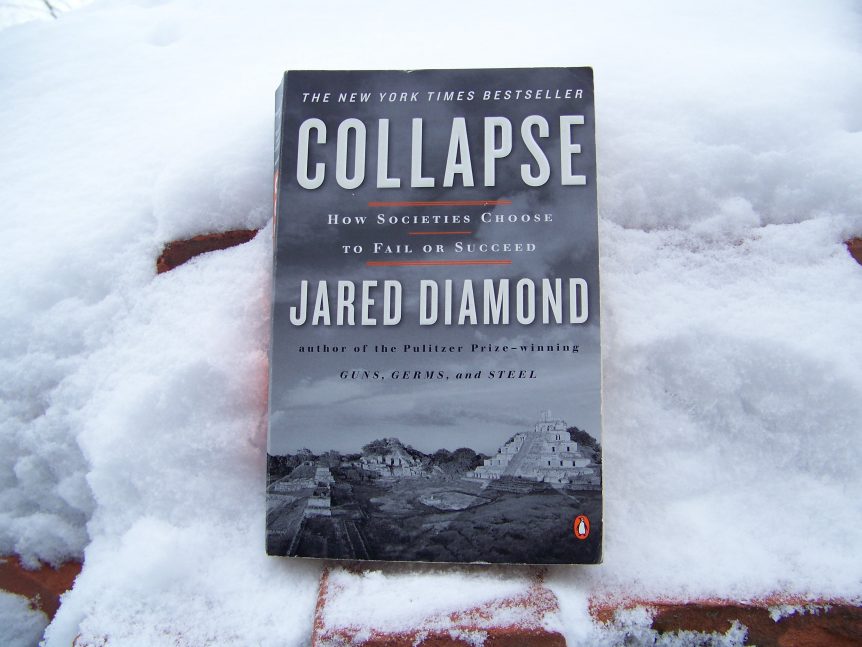 That seems like a major setback. What happened then?

Well, I had another idea which was the genesis of the Ulster Kama Sutra. I just loved the clash of those words: ‘Ulster’ and ‘Kama Sutra’.

So, I decided to work on that, with Nuala McKeever, Anthony Toner and Abhishek Thapar, an Indian artist that I knew from Puna. Abhishek came to Belfast and we worked with actors and a very high quality French translation of the Kama Sutra that everyone felt shy about carrying around on the bus.  We explored similarities and differences in attitudes to sexuality in Belfast and modern India.

Supported by the British Council and the UU Art College, we built the “foxy box of thoughts” in downtown Belfast, inviting people to enter and comment anonymously on the Kama Sutra. I spent a year and a half running Kama Sutra workshops for people across Northern Ireland. A group of crochet enthusiast puppeteers were key.

Eventually we created a very risqué show, but the puppets made it safe.  It was silly and fun and chaotic, and it made an intercultural point just by existing.

It ran in the Cathedral Quarter Arts Festival in 2012 and did exceptionally well. In 2013 we added 45 minutes of material and used Indian gods to help explain the intercultural exploration.

By then I had started to develop the concept of Arrivals just as we finally secured £20k of core funding from the Arts Council.

Could you explain then the Interculturalism question and the underlying theoretical terms you have used – Third Culture Individuals?

I am a Third Culture Individual, the product of parents from one culture who is raised in a several other places.  I loved those places but don’t officially belong to them. I don’t belong in my parents’ home either. I don’t think it is a coincidence that I have chosen to live in Northern Ireland, which I am not from either.

Terra Nova arose from a desire to make creative theatre work, after years of too much producing, when all I had to sell was my odd background, and the comfort that I feel in intercultural situations.

Before Terra Nova I felt I had lost sight of my art, but at least colleagues were saying: “You know how to bring people of different cultures together in a room”.  This coincided with me realising that as a Third Culture Individual, I have spent my life trying to fit in, when what I am good at is being the odd one who pulls people together, people who might not be like me at all; helping them fuse and synthesise ideas and cultures to create something new. This is my ‘intercultural theatre’.

The expression I use when trying to explain my intercultural theatre, is: “fumbling for the truth with thick gloves on”. As you gain experience, the gloves come off and you can be more precise and skilled.

So Synthesis and Hybridity are at the core of your creative orientation?

Multiculturalism celebrates each separate culture.  Interculturalism gets everyone into a room to make something new.

But let me be clear: I tend to do the work instinctively. I create and direct the work and the theory gets worked out later, possibly by someone else. I’m interested in ways to make the work more exciting, more nuanced in terms of the interconnecting parts.

I might ask myself questions like: “there aren’t enough languages on stage, how do we sort that out?” or “We need actors from different backgrounds for writers to work with, how do we organise that?”

And then there are questions which emerge from generational changes and how the lives of immigrants, their children and those around them change over time. How do we investigate that using Theatre as our vehicle?

So, the Arrivals productions emerged to investigate issues around immigration and the shifts and changes which have taken place in Northern Ireland in the last few years.

This does look very similar to Bennett’s model of Interculturalism which CAP utilises?

Well, I don’t know much about that theory. I think I try to ignore theory as a starting point and just rely on my instincts and experience to create an authentic artistic investigation, building my practice through time, project after project.

I am primarily focused on trying to be an artist.  And to be with other artists I respect from different cultures.  Although I’m happy to celebrate other people working theoretically, it just isn’t the starting point for me.  I’ll go for a book, a poem, a law, an experience, a situation, an injustice instead.

Arrivals4 is in gestation.  We’ve turned the Arrivals series into a roadshow, something that could go anywhere.  We’ll see where it goes.

Last year Tom Finlay and I completed the Belfast Tempest.  It was a huge intercultural reimagining of Shakespeare’s final play.  We’re looking around for Terra Nova’s next work.  I’d like to do something themed around food.

I’d like to continue our partnerships with other intercultural organisations. My colleague Tom is undertaking an interesting exploration with community artists here and in Menya, Egypt.

Also another classic; more Shakespeare. Restarting All At Once I Saw A Crowd.  Money is frighteningly tight just now. 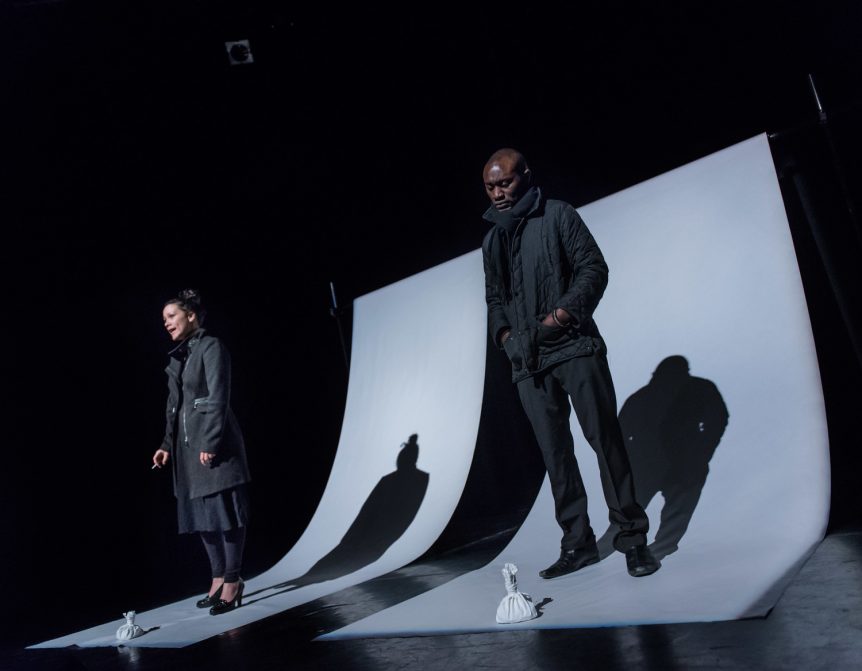 Finally, what is the price you pay for living a creative and artistic life in Northern Ireland?

I am asking myself this question. Maybe we pay a price for choosing to live the unstable artist’s life anywhere?

I am drawn to Northern Ireland because extraordinary things are happening here and there is real potential to create exciting intercultural work that feels new.

Nevertheless, I find the higher level of compliance and reporting asked of me in Northern Ireland tough going.  Not because I am afraid of hard work, but because much of it seems pointless.  Exhausting. Isolating.

Like a lot of artists, I am asking myself how to find a balance between creating good art, developing creative artistic processes which allow people from different backgrounds to create collectively, and the responsibilities of the measurement culture we are subject to.