You set up The Vault?

I think a lot of people know the story by now, but I received an email from a person who owned the Bank building on Newtownards Road and they wanted to have the building used while they were waiting to develop it.

I approached a bunch of my artist friends and eventually we got together and created a space where artists could function.

There were 24 artists and we had access to the space for a year.

Did you have any plans beyond that year?

Not really. We did say all through that initial period, how are we ever going to find a place as good as this when the year is up. But spending a year in that first building established a core membership group and allowed us to constitute as a charity for rates relief.

And then you got access to the Belfast Met building?

Yes, having the charity established already open the doors, and it is hard to believe that the building is actually better than the Bank Building. 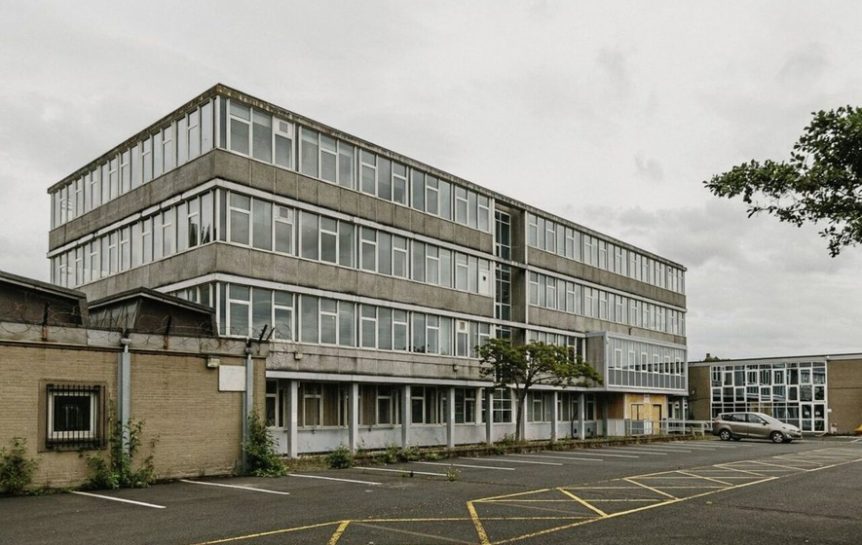 So what is The Vault?

The Vault is all about community. It is super important to state that at the outset.

So although in some ways I have a leadership role in that community, in fact I think many people in that community would see me as a leading person, and I am quite happy to play that role, I’m only one dude. Everyone has a vital role.

I chair meetings, I am the chairperson of the charity, and on occasion when a sabre needs rattled or we need a call to action, a rallying cry, I am quite good at doing that, so that’s my role.

But that doesn’t mean to say that I am the person who is making The Vault happen. Everyone of the members is playing an invaluable roles in that community.

So while I am an important cog in the story, every member is just as important.

Did you have a clear idea what you wanted to do?

Some time ago I met this guy, Leo Van Loon I think his name was, I shared a panel with him in Bilbao, and he managed an co-working space in Rotterdam and I remember that his model was interdisciplinary which I was really drawn to. So bizarrely, even though I had no idea that something like this might come my way, I did have some thoughts about how I would do it if ever a space like this ever became available.

So from the start I had a clear idea that The Vault was going to be multi genre. I didn’t want to be part of something that catered to one type of creative. I knew right at the beginning that I wanted to have a space that would encourage collaboration between genres and artists, a mixed economy if you will.

I really do feel that the admin and the bureaucracy associated with public funding destroys creativity. It is just crushing and I wanted to be outside of that situation. 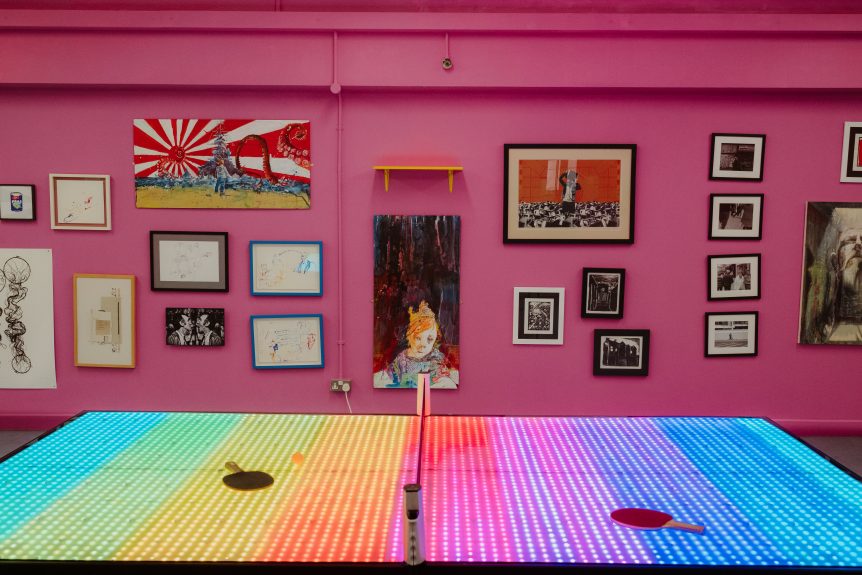 It is an impressive collection of artists and it certainly does reflect the vision you outlined?

It does but to be clear it isn’t a job, there’s no income. This is something I do for free and it will be, for me, a temporary thing. I am happy to be part of the Vault but it has to be temporary. And that is a good thing because it means that everything has to happen NOW!

When we have meetings, people need to pay their rent. If we have a fundraiser, it needs to be organised NOW because it might be the only time we do that.

There is a fantastic amount of energy in this building with the people who have come to be part of this community.

Will it ever be permanent?

Maybe, but not on my watch. Permanency transforms the dynamic and if the community moves in that direction I’m fine with that but I’ll not be the chair.  Firstly I have to make a living and I plenty of other work that I am employed to do so I’m not getting into managing a building that we actually own. Secondly, we only have access to the space on the condition that if the developer decides it is time for us to leave, then we don’t fight to stay. Changing our position on this would undermine the ability to secure buildings in the future.

We have shown that empty spaces earmarked for development can be utilised. Because the development process takes time and the planning process takes time, that should open the door for space to become available for use for artists and I would hope that when we have finished here there will be another space for everyone to go to.

So what happens now?

My favourite story about the Vault is that one of our members was talking to a neighbour who was so grateful for us being there. ’It’s amazing’ she said ’I’ve lived in the street 10 years and I’m talking to people in the street for the first time. We’re ALL talking to each other about what you mad artists are up to’ It was almost like we’re a big TV.

We look after the building, we stop local kids smashing windows or wrecking the roof, we hold events that the people in the neighbourhood can go to, and nearly 100 artists are working in a space which encourages creativity.

We will just have to see what happens next.

Did we mention there's going to be axe throwing at the Vault Fringe?Here's Jacob with a demo!https://www.vaultartiststudios.com/events/vault-fringe-festival/Video credit – Benén Dillon