My older brother Keith was a very good drummer, and was voted most promising young drummer in the Melody Maker magazine around the late 60’s. He was asked to join Jimi Hendrix when Jimi first came to England but being a jazz drummer he decided not to play with him.

He played with Brian Auger and Graham Bond, people like that. I saw him once at the Albert Hall with a 50 piece orchestra called Centipede led by Keith Tippet made up of jazz, rock, classical musicians.It wasn’t really my thing as it was avant garde and I remember sitting there with my other older brother Terry listening to them making weird noises for 2 hours!

So alongside drummer brother Keith, I also had an uncle who was a drummer and oldest brother Terry was a massive Bob Dylan fan and always playing music in the house. My Dad had been at and survived some of the major battles in WW2 and had sung to his comrades to keep spirits up and my sister Janet would also play stuff in the house. Being surrounded by all this music had a huge influence on me.

Did you play music at school?

There were no contemporary music schools in my day like there are now (my son went to bass guitar school for 2 years for goodness sake!). Music at school was limited to classical, so my musical training was playing and experimenting with my mates. We would play Beatles songs and things like that. I shoved some brushes into a banjo skin which acted as as a snare drum, had a broken cymbal I nicked off my brother precariously balanced in a wooden savings box and would jam with my mates.

When did you get your first kit?

There was a lovely old blue oyster Olympic kit wooing me in my local music shop. I had a paper round. My Dad acted as guarantor and I paid it off week by week. It took a long time to pay off but I was hooked.

With my lifelong friend Bob Bowles who is an amazing blues guitarist and who I still sometimes do gigs with, we were given a room at our local youth centre and would just jam for hours. I can’t under-estimate how much I learned  given the freedom to let loose like that and how worth it it was to slog away at the paper round to give me my lovely first drum kit to be able do it. 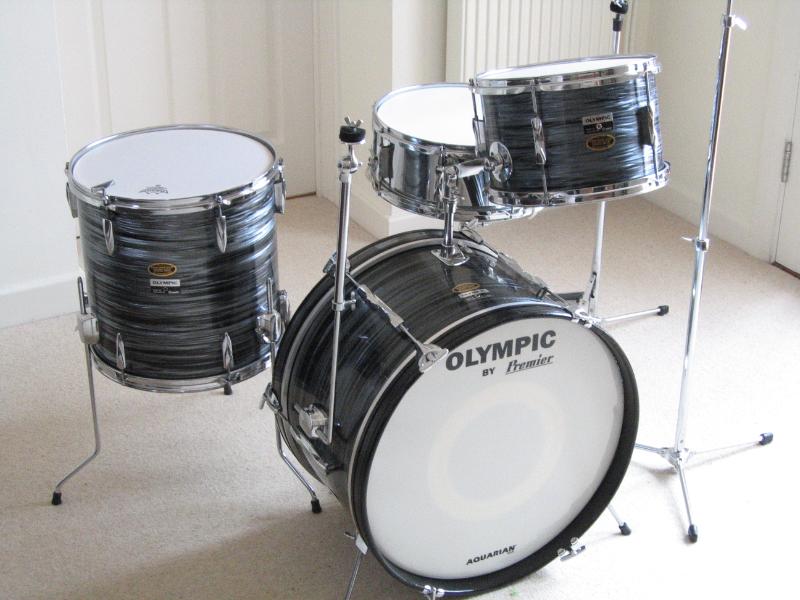 Seriously, Animal from the muppets had great effect on me. That slightly deranged twinkle in the eye that anything could happen I guess is also part of my personality. A lighting engineer after a gig in Birmingham said to me ‘watching you is like watching Keith Moon on marsh mallows’. Not quite sure what that means but it sounds like a good description. You can’t ignore Led Zeppelin’s John ‘Bonzo’ Bonham who remains unique in drumming history but I also would have been influenced by jazz greats like Buddy Rich and Gene Krupa.

Did you join a band at some point?

I left school and worked in a shoe shop for a month, a job which my Mum got me as she worked in the grocers shop next store.Then I got a call from a bass playing mate of mine. He was in a band and they were sacking their drummer. They were doing a summer season in Jersey and he asked if I would come over and audition.

You couldn’t just jump on a plane like you can now, so my audition meant getting myself down to Weymouth taking a 7 hour ferry, passing the audition, then the same journey in reverse to get my stuff, then back over on the same journey to start the new job! I was 17. We were constantly touring, playing every night, up and down the motorways. It was a sort of pop band called Witticombe Fair and we actually won Opportunity Knocks which was a huge prime time TV show at the time.

We signed with RCA and the only review I saw of our single in NME simply said ‘rubbish’! 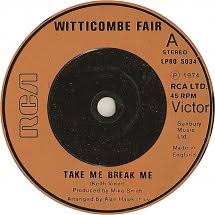 How long did you play in that band?

I lasted 4 years and I can remember the agony I went through contemplating leaving. It seemed like a big decision at the time as it was all I had known since leaving school. I moved back to Swindon and started to play with my mates who were writing some great stuff. Our friendly rival band in Swindon were XTC and members switched between our bands. We had free run of a studio and a lot of record company interest.

Around this time I found religion, moved in a different direction and left the band. I was immersed in that world for a few years. I didn’t really play music for a number of years. XTC took over what we were doing in the studio and became world famous!

You can find more information about Chip Bailey at the following links
www.chipbailey.org/
www.facebook.com/chipmuso/
ShareTweet